The late Ralph Eugene (Gene) Meatyard, 1925 – 1972, was an optician whose personal artistic quest has had an extended impact on contemporary photography. In 1972, at the time of Meatyard’s passing, my personal interest in the creative aspects of photography were just beginning to take shape. At that time, being introduced to Meatyard’s opus The Family Album of Lucybelle Carter was beyond my comprehension as to its investigation of identity and its ramifications. Fortunately, that has changed over the ensuing years.

Although the current focus of this journal is on living artists and photographers, this recent retrospective by the University of Kentucky Art Museum during the introspective time of the COVID-19 pandemic I feel is a great time to reflect on Meatyard’s body of work. Especially in the context of the eleven commentaries brought together in the publication of Ralph Eugene Meatyard – Stages For Being, under the leadership by Stuart Horodner, the Director of University of Kentucky Art Museum.

Background: Meatyard was born in Normal, Illinois and after becoming an optician, moved and later set up his optician’s business in conjunction with his weekend photographic endeavors in Lexington, Kentucky. Thus, it is probably fitting that the university Museum located in the same city would set the stage for this retrospective. Meatyard would have been approaching his 100thbirthday for this moment.

The commentaries by Duane Michals, Judy Linn, Marvin Heiferman, Laurel Nakadate, Catherine Opie, Roger Ballen, Andrea Modica, Corey Keller, Emmet Gowin, Julian Cox and Christopher Meatyard provides a multifaceted retrospective lens on Meatyard’s various projects. Each of these contributors selected an image and then discussed their reaction to it or how Meatyard’s artistic practice has impacted their own.

As implied by the book’s title, Meatyard leaned heavily into staged photography, usually with his family, neighbors and friends as the actors contributing to his ultimate vision. It was Meatyard’s artistic practice of creating enigmatic photographs featuring his subjects posed in abandoned places, often wearing masks or enacting symbolic gesture. His cast were placed within the frame and provided direction to move or stand still. The results are simultaneously tender, surreal, and theatrical, and in the process creating a series of eerie tableaux.

Meatyard seemed to take delight in creating anti-photographs, awkward, dark and mysterious compositions that flew in the face of normal expectations of the day, thus his photography did not endear him to the photographic sages of his day, such as Beaumont Newhall and John Szarkowski. This humorous streak is amplified by his habit of collecting and creating odd names that subsequently were used in conjunction with his photographs; Appolonia Cotton, David O. David, Columbus Dick, Russell Droop, Virtue Hunt and Killsin Pimple.

Catherine Opie; “These photographs weren’t just made by an optician, a PTA president and baseball-playing dad; these were a psychological exploration of space and of people that unseated the norm of American culture and identity. This also can be seen in the work of Diane Arbus, Francesca Woodman, and Minor White. These photographers are using the camera to go beyond the notion of documentation. It becomes a tool for expression and of observation of both the internal and external influences that construct the meaning of the everyday.”

One aspect that I enjoy about this book is the editor’s intent to illustrate with photographs that resemble as close as possible to Meatyard’s intent, thus the photographs encompass a wide range of tonalities, from a cool classic black & white to a gamut of warm tones. The illustrations are entirely drawn from vintage photographs printed by Meatyard.

Whereas in earlier days I was completely mystified by the intent of Meatyard’s photographs, I have since become quite a fan of his work, although I am still just still a bit reserved on the doll head photographs, but I suspect that over time, that too may change. This retrospective is not meant to be inclusive of Meatyard’s entire oeuvre, while I did find it a more informative, if not enlightening, reading of his artwork.

Duane Michals provides the last word; “There are some people who live lives as facts, and others who live lives as fiction, Meatyard was a ‘Foto Voyant’, a photographer whose imagination floated through the air like a cooling zephyr on a hot August afternoon in Kentucky. Beads of perspiration became pearls on his forehead. A reflection in a window revealed an entire galaxy of romantic whims. He didn’t look to see, he saw to feel. Shadows were his reality… It is no surprise that an optician would be a seer.”

Ralph Eugene Meatyard – Stages For Being 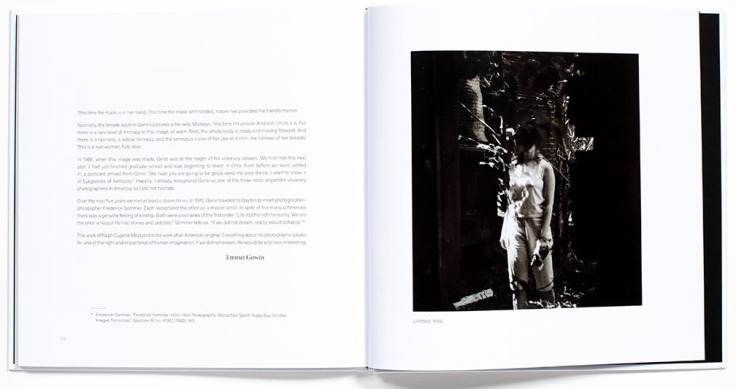 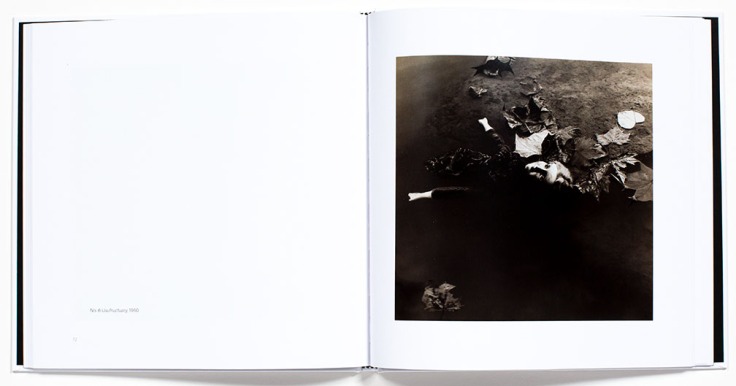 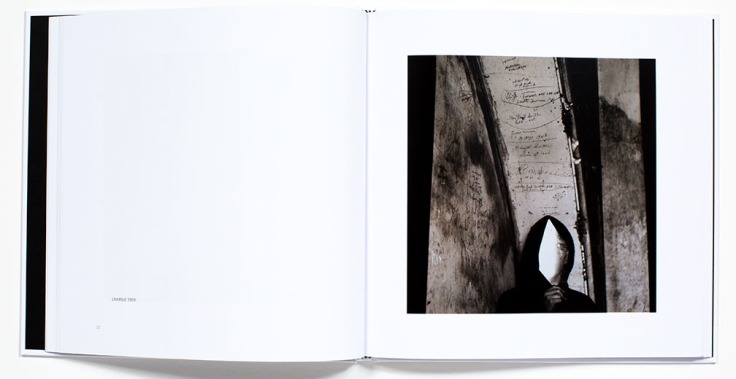 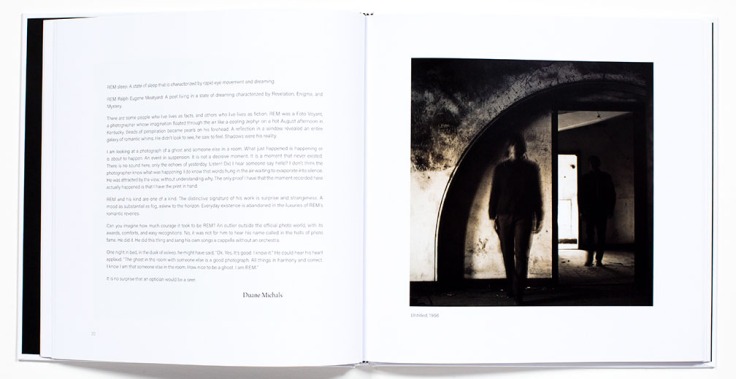 3 thoughts on “Ralph Eugene Meatyard – Stages For Being”