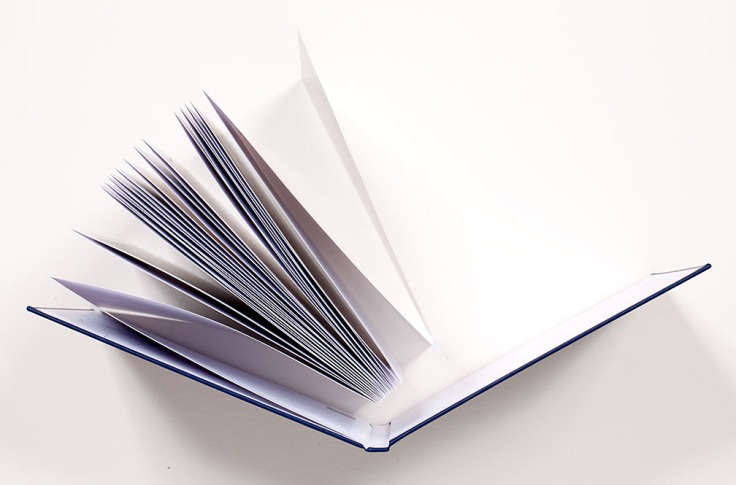 Notes: Tymon Markowski’s self-published photobook Flow is a book design that conceptually emulates his subject, a leporello that unfolds almost as continuously as the Brda River. This is a classic design in which form follows function.

The captions for each photograph, English and Polish, are provide on the reverse of the photographs, and due to the leporello design, requires the viewer to physically flip from the front to the back (verso) to attempt to comprehend the photograph/caption relationship. As Markowski states “I wanted to hide the captions so you can follow the two stories – one created by the pictures, and second created by text….It was extremely important to me that the viewer first see the pictures that provokes questions and is is my habit to create a caption that may resolve a mystery”

Markowski follows the small river Brda to capture the citizens of Kujawsko-Pomorskie Voivodeship as this river meanders to the Vistula River in the city of Bydgoszcz, the eighth largest city in Poland.

This is an investigation of the culture of this region, frequently tongue-in-cheek, providing subtle humor as he gently pokes fun at his adopted city and adjacent country side. A fireman stands in the midst of a green forest with his limp hose line attempting to practice his trade of extinguishing a forest fire without benefit of either water or a fire to quench.  A kayaker navigates a stream of water that is so absurdly narrow that the Kayak barely fits and one wonders how he was able to get to this place and where he is going next. The accompanying captions provide documentation of these tasks in an understated matter-of-fact style that belies a dry wit.

The ability to spread out the book’s interior photographs, a key attribute of the book’s Leporello design, also signifies a potential interconnectedness of this large community and points to the underlying social order.