I recently picked up a Man Ray book published by Taschen  (published 2008) as part of their Special Icon series. I could almost afford not to as the new price was $7.99 USD at Borders. And this is a hardcover book with slip cover no  less. Wow!

This small book (7-5/8 x 5-3/4) has 192 pages and the black and white photographs have been spot varnished with a forward written by Andre Breton from 1927 (French Dadaist). It includes a wonderful Introduction written by Emmanuelle De L’Ecotais. The text is in German, French and English (American). Really nice!

Man Ray (b.1890 Emmanuel Rudnitzky, Philadephia – d. 1976 Paris, France) was the American photographer/painter in the middle of both the Dada and Surrealist movements in Paris during the 1920’s – 1940. He was known for early innovation of both his Rayographs (photo-grams) and the creation of solarization prints. Ray is also known as the artist whom Bernice Abbott was the darkroom assistant to when she stumbled across Eugene Atget and his photographs in Paris.

Finding this little gem was impressive and at this price a highly recommended purchase. 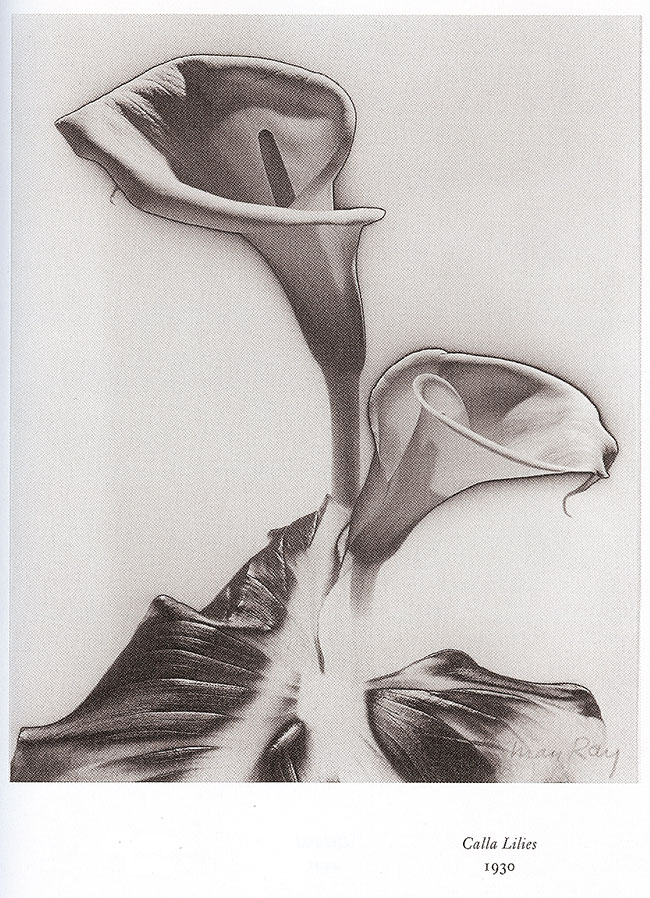