Each photograph in Christian Michael Filardo’s Gerontion is a puzzle, a mystery, an enigma. Gerontion takes its title from a poem of the same name by T. S. Eliot, first published in 1920. The poem is the monologue by an elderly (“gerontic”) man expressing his thoughts on Europe after the First World War. The book’s cover text is the epigraph from the poem:

Thou hast nor youth nor age

But as it were an

Itself a quote from Shakespeare’s Measure for Measure. In these small, deft moves of quotation, Filardo places his work in a historical context of classic English literature. Gerontion is, in fact, not solely a book of images but interspersed are four multi-paragraph prose fragments (the publisher’s website refers to these in the book description as poems) and a fifth and final prose fragment, a single line of text at the end.

What struck me first about the photographs was the banality of the subject matter, and I approached the texts narratively, as if they could somehow “decode” the images. But soon one realizes the texts reinforce the ephemerality and evanescence of the images. References to dreams and death, shifts in appearance and gender abound. Instead of placing the reader/viewer, the texts dislocate and destabilize. They are truly “dreamlike” in that each is a small, internally contained narrative, the significance of which remains ambiguous.

And in this way, the texts fit well with Filardo’s images. Richly saturated, vertical color photographs, the images shift between quotidian household interior views (looking over a bed and out a window, a watch on a window sill, a computer sitting on a round table, next to a threadbare chair), seemingly randomly noticed exterior details (discarded vodka and Gatorade bottles, a Mercedes-Benz hood ornament, a LaCroix can on a fence post) and images of confusing visual complexity (a spider’s web glistening with dew, checkered pants on checkered bathroom tiles, a hand reaching out to the reflective glass of a fish tank).

The “logic” of Gerontion is difficult to unravel — as is the case with any complex dream. One could describe Filardo’s Gerontion as a “tired” work, as are Eliot’s Gerontion and Shakespeare’s Measure for Measure (which provides both Gerontions with their epigraphs). By “tired,” I mean to suggest the condition of carrying a great weight. The longer and closer I search Filardo’s compelling images and texts, the more I become aware of what and how much he is asking from me. The task of interpretation becomes more demanding, the associations at play in these dreams more entangled.

These phantasies Filardo places before us (and what are dreams if not phantasies?) are reworkings of the everyday, which carry within the residues of earlier layers of histories as well. I’m reminded of the Surrealist notion of the “Marvelous” — finding that which is “above reality” in the everyday, the commonplace, the banal. The Surrealists professed to be interested in dreams also, but I’m not sure they evoked the dream-state as obliquely and powerfully as Filardo does here.

The final image is a full-page bleed of a sky at that moment before the last deep blue of twilight turns completely to the black of night. We are looking through some kind of mesh fencing with a faint suggestion of trees on the horizon and a small light dot just above it — the moon rising, we assume. There is a hole ripped open in the mesh. A point of entry or escape? In the labyrinth of this work, we search for our Ariadne and her life-giving thread which will lead us out but, as in any dream we’re not sure where “out” is.

Tarot cards tell me I am empty today, Filardo writes. Putting a blade of grass between your thumbs and blowing as hard as you can. I’ll be dead when I sleep.

And issues, deceives with whispering ambitions,

Guides us by vanities. Think now

She gives when our attention is distracted

And what she gives, gives with such supple confusions

…which seems an apt evocation of Filardo’s book.

Note: Selected as one of our Interesting Photobooks for 2019. 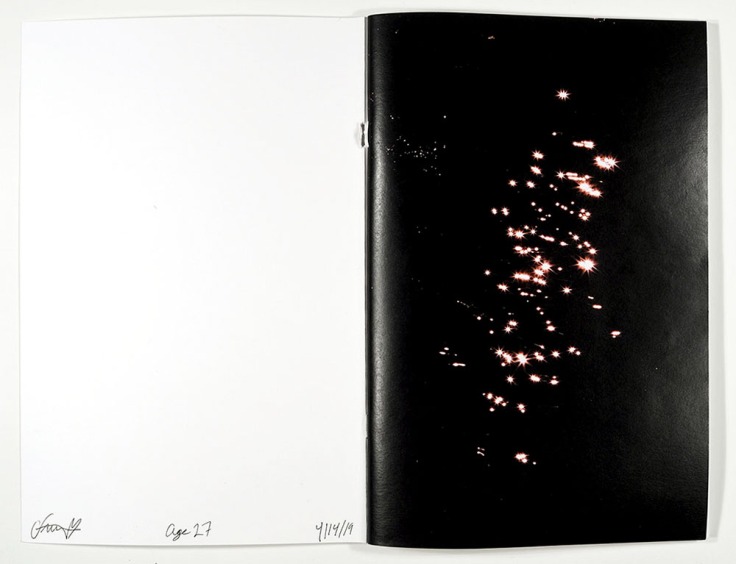 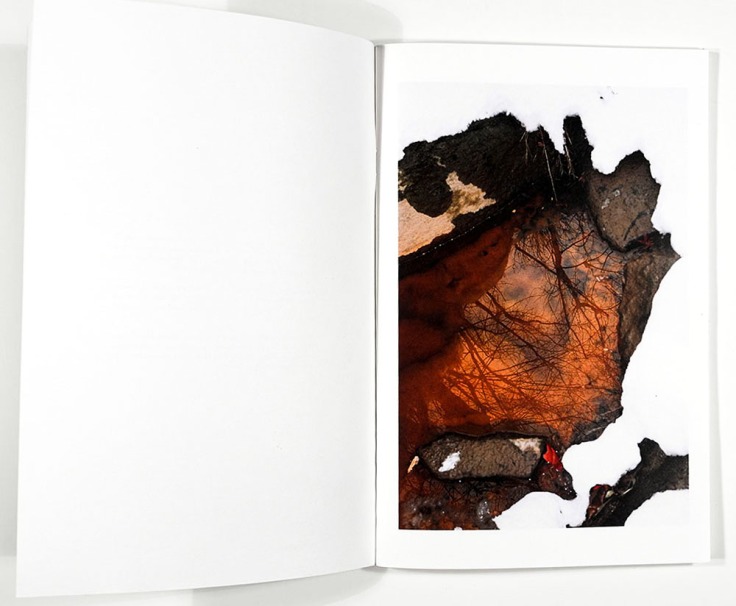 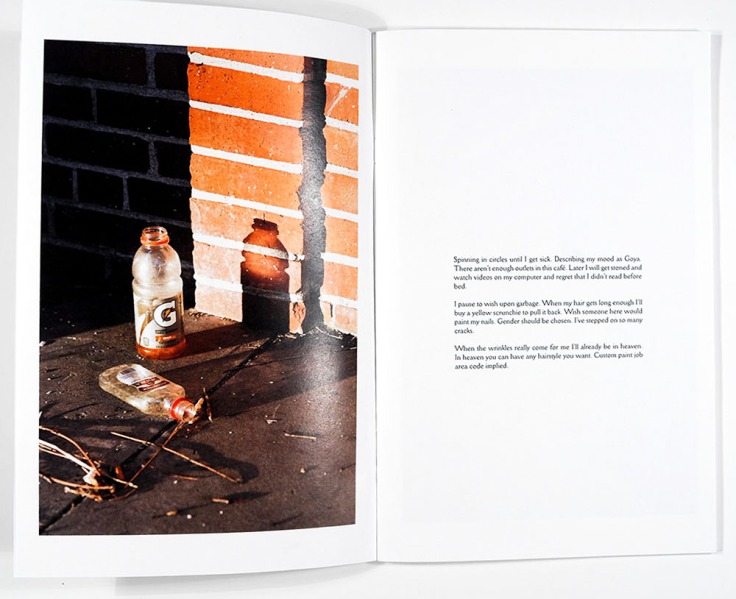 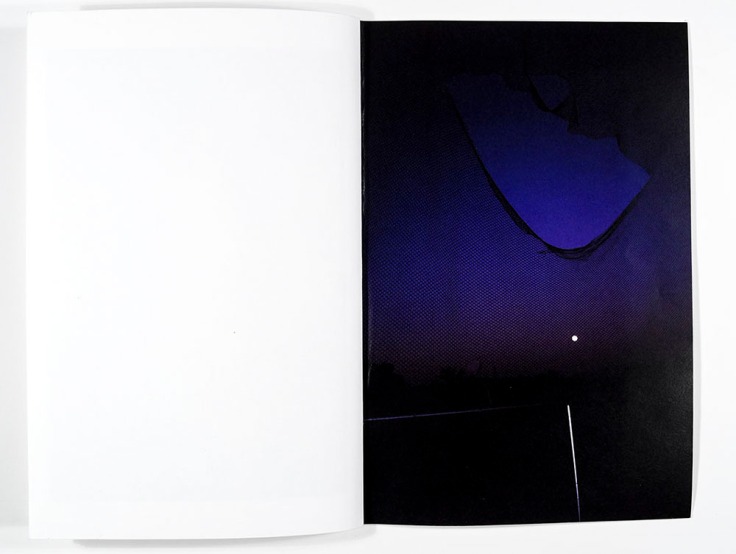