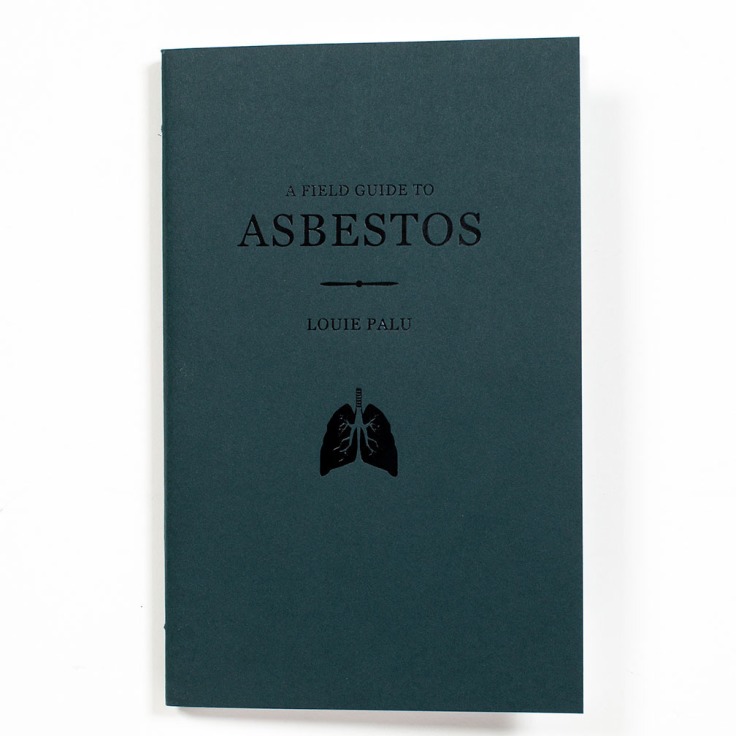 Working in a very technical area for my day-job I have become very familiar with on-the-job training, educational manuals, and health & safety bulletins that stress environmental awareness. I will admit that it was not until reading Louie Palu’s A Field Guide to Asbestos did the immense danger of asbestos really sink in. His book transcends most industrial training programs in that he brings into his narrative the very personal aspects and consequences of the dangers being discussed.

This book is a cumulation of a fifteen-year on-going project that Palu is working on that documents the effects of asbestos on people and the landscape in Canada, United States, United Kingdom and India. He addresses the visual aspects of asbestos that are related to the fatal disease that can take up to 40 years after exposure before they appear. After years and years of commercial usage asbestos continues to lurk as a huge potential health danger and is still an on-going major health concern.

Due to the understanding of the immense harm that asbestos can inflict on individuals many countries now ban or eliminate the use of asbestos as a material used for construction and other commercial uses. Palu’s concern is that this potential danger is not shared by all countries and that some, such as those he documented in India, allow unprotected workers to still come in direct contact with asbestos in their workplaces. To compound the issue for places like India, asbestos building materials are still in active use increasing the exposure to families who may not be aware of the potential danger. We are left to wonder what precautions did Palu take while working on this project when he was in India and other sites of potential asbestos contamination?

I grew up with dread of the effects of second-hand smoke; smoking was probably the source of my father’s passing from cancer. Rarely do we hear the dangers of second-hand asbestos, an even more silent and deadly environmental and industrial contaminate. Unlike second-hand smoke in which the lungs can slowly clear the contaminates when you eliminate the smoking exposure, asbestos particles are very fine and once breathed in, will continue to remain in the lungs for the individual’s entire life span. Currently there is no process that can eliminate asbestos in the lungs once contamination has occurred and due to incredible small size of the asbestos contaminates, you may not be even aware of the exposure.

Palu provides the poignant stories of individuals who have illnesses related to second-hand asbestos exposure, such as the wives and children of workers whose work clothes still retained some of the fine asbestos particles which were subsequently spread upon arriving at home. The story of the office worker who had to briefly visit the shop floor to pick up documents in which asbestos was used in the manufacturing process and now dealing with the deadly aftermath.

The potential danger of past exposure still looms large over many families. Much akin to a ticking time bomb; will the dangerous effects of asbestos strike and if so, how and when? Perhaps further complicated by individuals who are working indirectly with materials containing asbestos, such as in older buildings site, materials and industrial processing equipment that do not come with any warning signs.

Up until reading this book I had not fully understood the need for the extreme precautions that were taken when asbestos contamination was found. I was baffled by the extensive need to cordon off the contaminated site, the protective clothing and the need for the breathing apparatus being used by those who do the de-contamination work. After reading Palu’s book I am now a much more informed and a very concerned citizen when confronting any potential asbestos contamination.

I am very intrigued by the book’s unusual design which incorporates two narrative sections as two separate booklets that are sewn together with an innovate soft cover providing the transitional mid-point in his narrative. 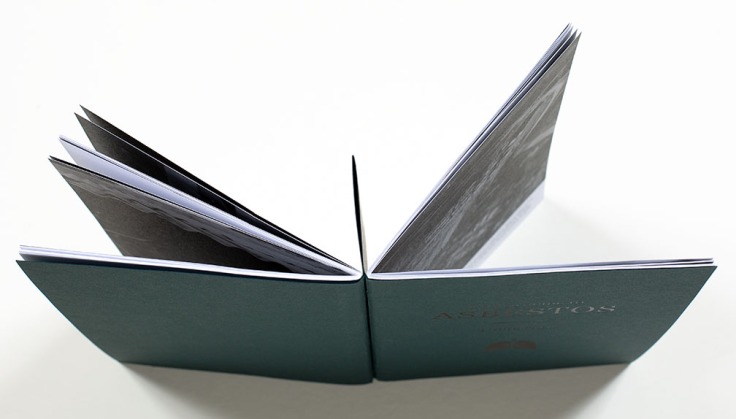 This book is a must read for anyone who thinks that they have been or might be exposed to asbestos. Like any really good training handbook, it contains a QR code printed in the back of the book that allows a downloadable poster that can be printed and subsequently hung in a workplace where you think asbestos is a danger.

Previous photobooks by Louie Palu reviewed on PhotoBook Journal; Front Towards the Enemy and Cage Call. 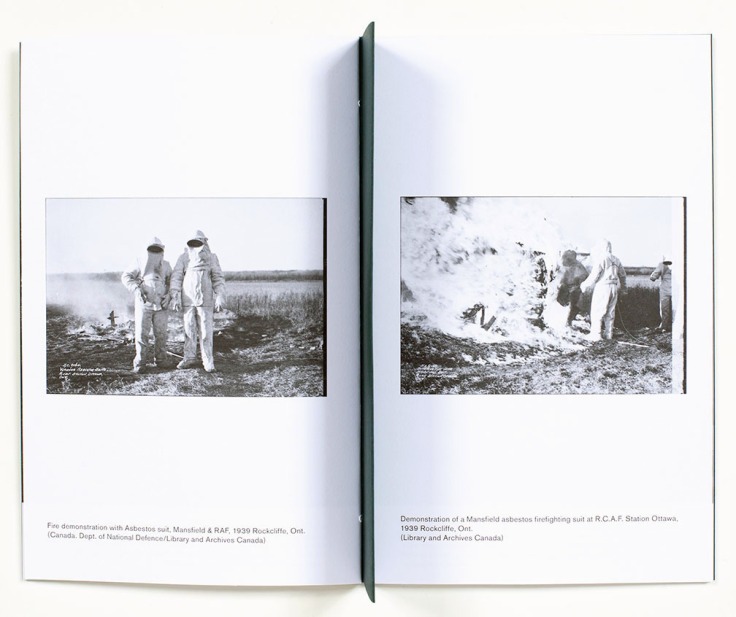 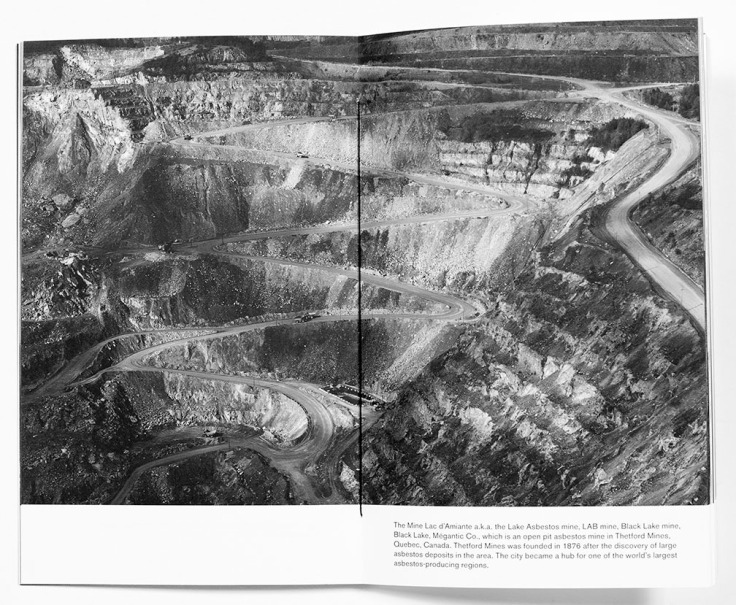 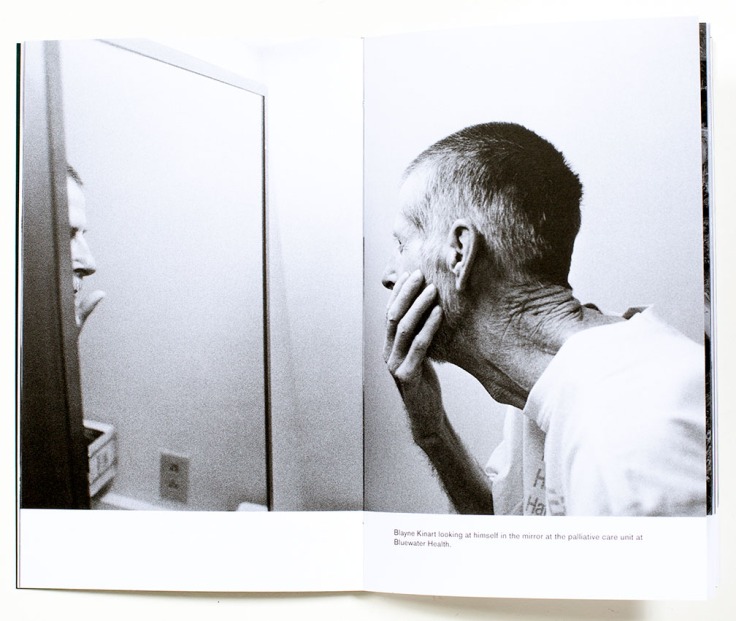 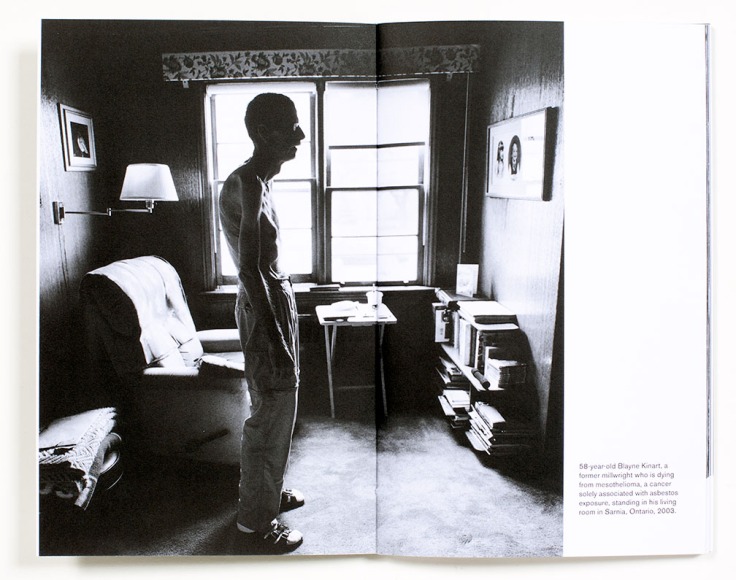 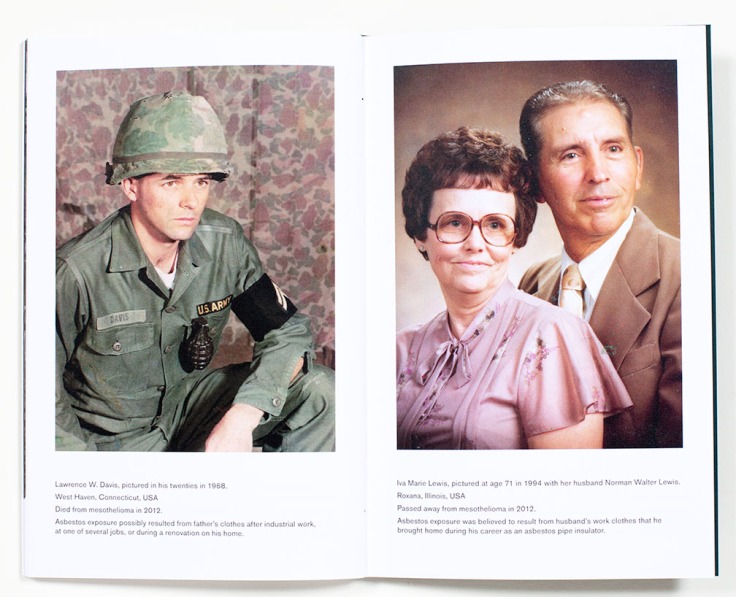 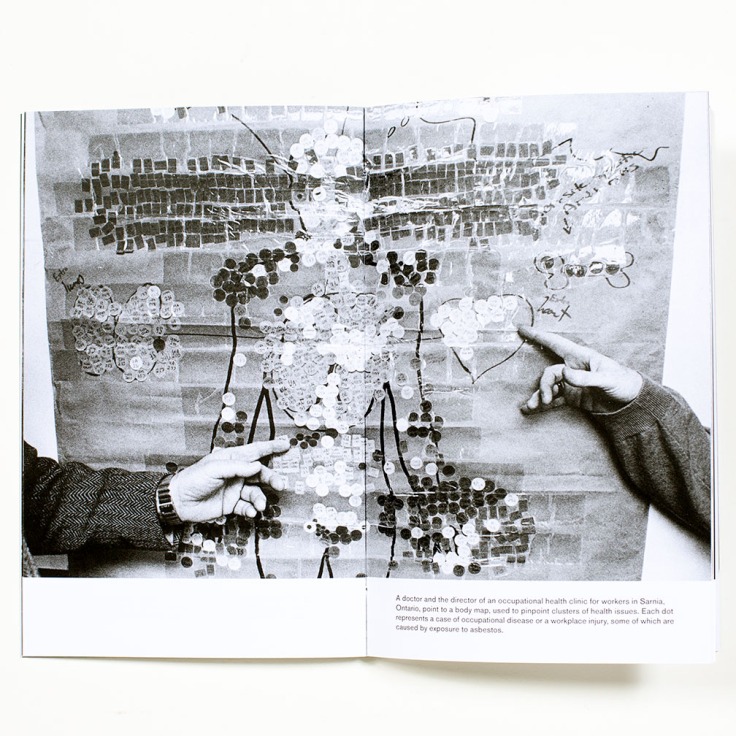 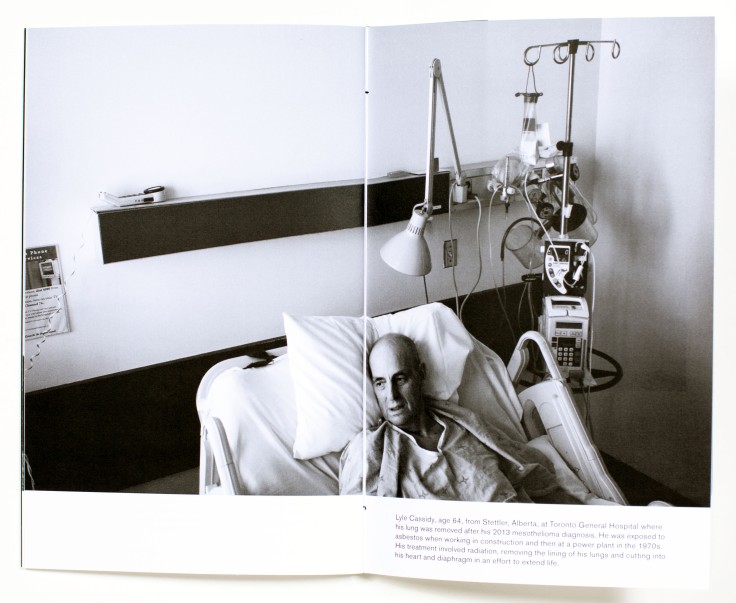 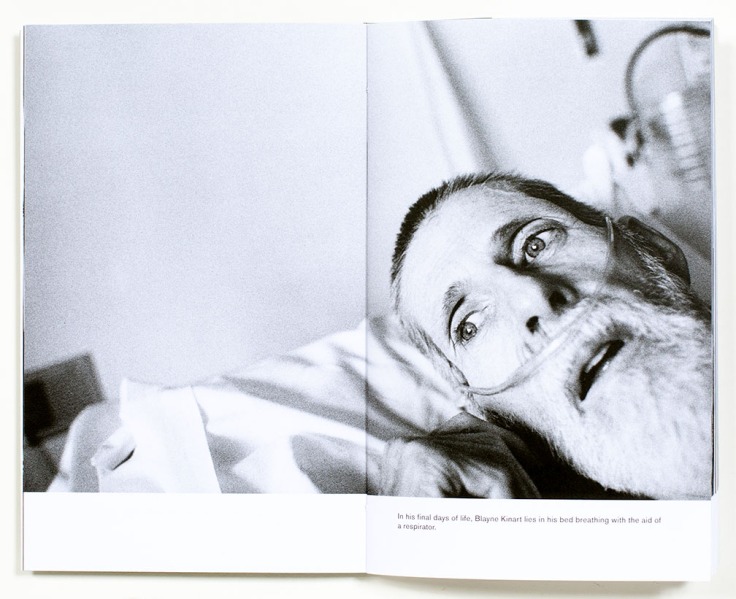 5 thoughts on “Louie Palu – A Field Guide to Asbestos”