Throughout his photographic career, Bill Brandt (Hermann Wilhelm Brandt, b. 1904 Hamburg, Germany – 1983) continued to explore the poetry of the nude form. Brandt had assisted Man Ray in his Paris studio in the 1930’s when Brandt started to think of using a nude subject to investigate the unique perspective of a camera versus the normal human visual perspective. Brandt’s poetic experiments resulted in his use of high contrast and the distorted nude subject in conjunction with the built and natural environmental landscapes.

The editor of this book created seven sections to complement the visual design chosen by Brandt in his two earlier books on this same subject. As Brandt mixed earlier and later photographic work in each section, the editors chose to follow this same practice. The sections are: Nudes in the interior environment, Abstraction with wide-angle perspective, Very close perspective in which the nude subject becomes ambiguous shapes and patterns, Nude in the natural landscape (beach), then into the Structured interior environment (usually artist studios), Nudes with objects bordering on surrealism, and finally back in the Seashore landscape.

Brandt was attracted to the “unsettling combination of realistically rendered nude women and conventional interiors.” Whether he directed his models to look bored or due to his photographic process, his subjects rarely provide more than a relatively blank expression. While sitting, his models usually have their heads propped up against one arm or their arms are folded, appearing to otherwise be patiently waiting for the modeling session to end. Nevertheless, the averted head and eyes provide a very contemporary appearing gaze. The model’s visual interaction with the photographer, thus the viewer, is minimalistic.

This handsome hardcover book with dust jacket has a preface text by Lawrence Durrell, first published in conjunction with Brandt’s “Perspective of Nudes” (1961), and commentary by Mark Haworth-Booth. 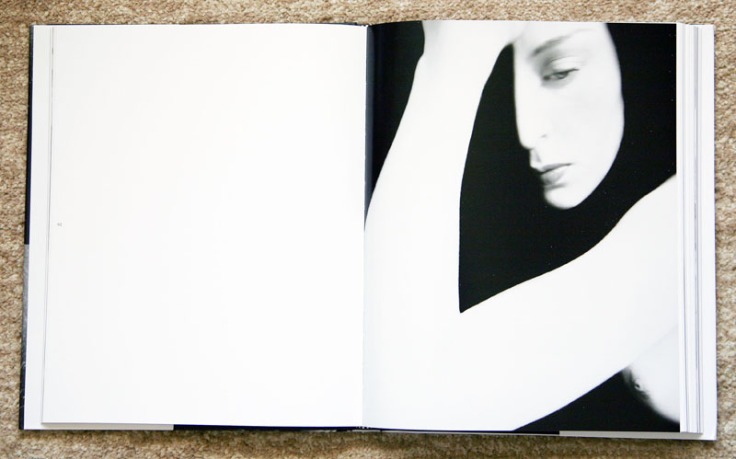 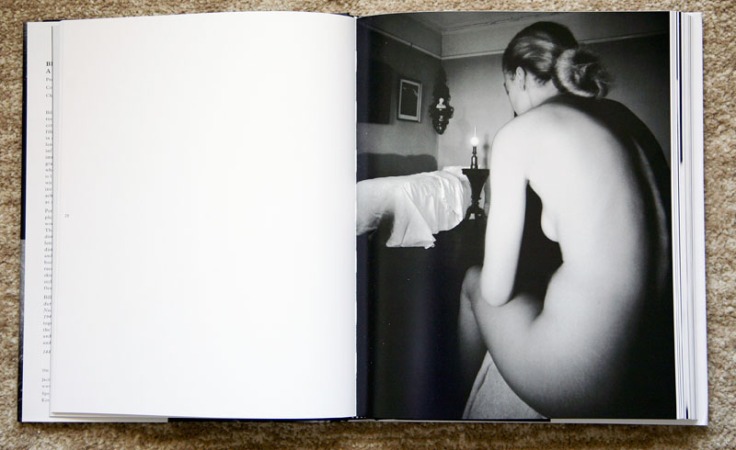