I first have to admit that I did not acquire this Emmet Gowin Steidl edition book until 2011 while I was attending the Gowin exhibition at Le BAL (Paris, FR). I had been aware of this book and a number of the now iconic Gowin photographs that are a result of the original Knopf 1976 publication. I had missed the opportunity to purchase the Knopf edition in the mid-70’s and quickly realized that this is a fine alternative. No sense making the same mistake twice, eh?

This book reflects the 1970’s photobook thinking, that a book was a publication of a body of photographic work. It is not until much later that photographers’ start using a photobook to create a narrative. In reading, I still find that there are a series of small narratives that manage to run through this book.

Gowin uses photography to create singular images which collectively investigate the concept of family and personal relationships. In part, what I want to share is that Gowin photographed other subjects as well, perhaps not as well-known as his portraits of Edith, Elijah, Isaac and Edith’s mother Rennie Booher. Thus the page spreads provided below include the iconic photographs as well as the lesser known.

Gowin states in the afterword; “My pictures are made as a part of everyday life and are not the result of any project or assignment. Most of the pictures here were made with a camera on a tripod. In this situation, both the sitter and photographer become part of the picture. Sometimes my photographs resemble home snapshots, which are among the richest resources of images I know. But I always want to make a picture that is more than a family record.”

The hardcover book is a reprint of Emmet Gowin: Photographs originally published by Alfred A. Knopf, 1976, and except for the cover image, the proportions and sequence are identical to the first edition. 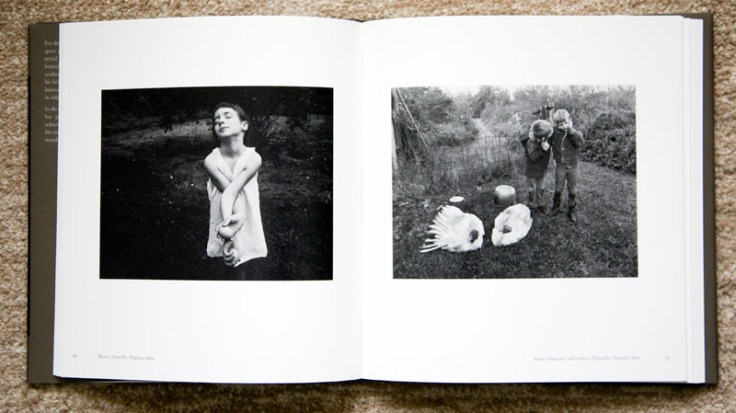 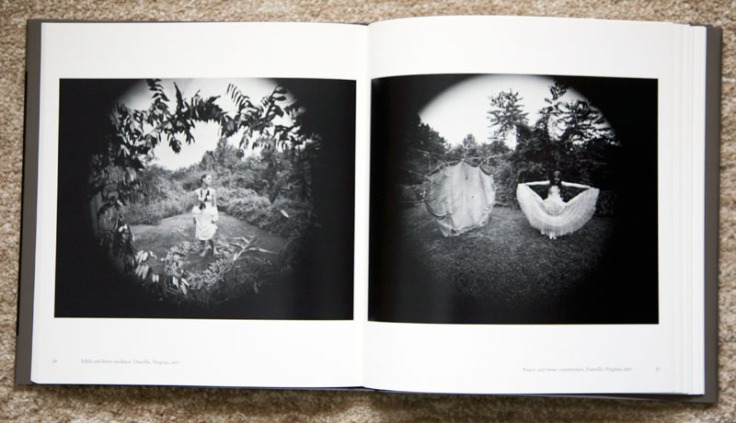 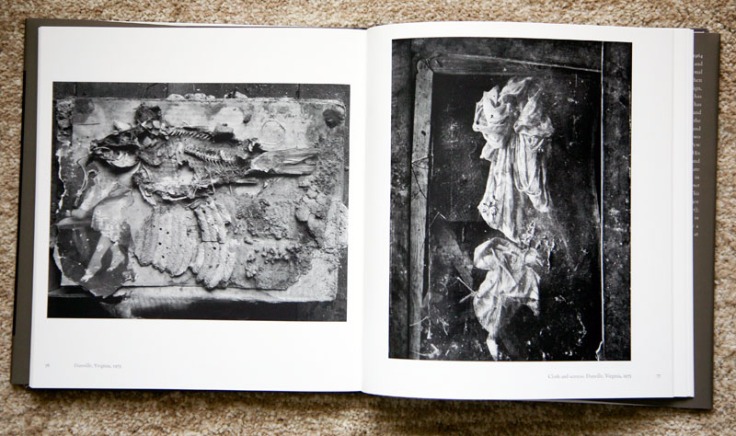 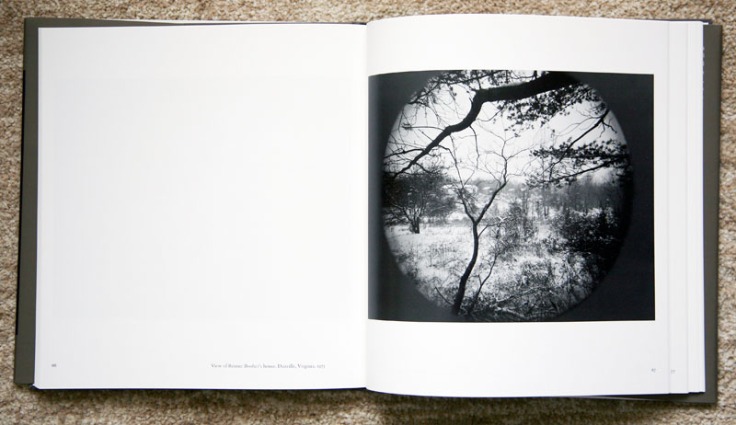