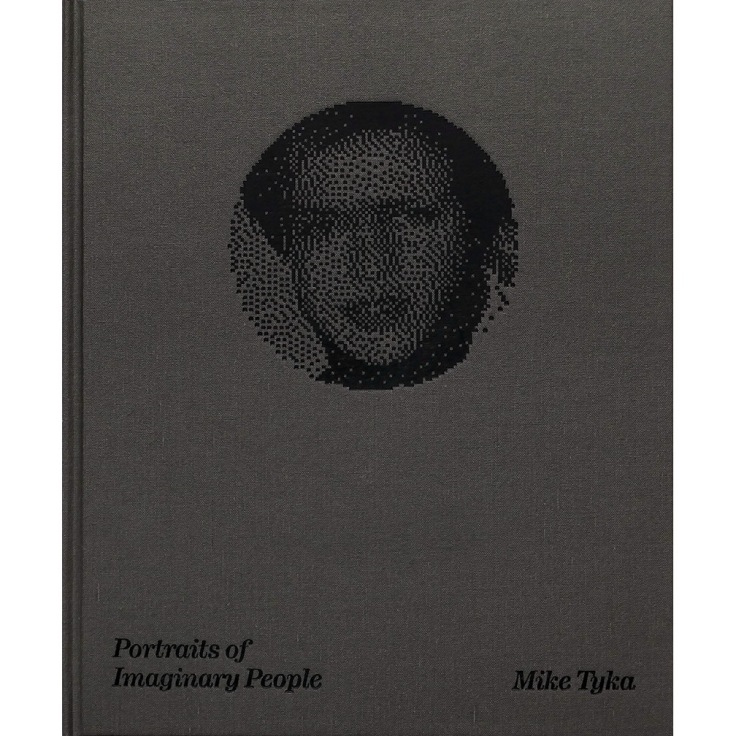 In 1992 an intriguing book with the title The Reconfigured Eye was published by MIT Press. In our current age of “fakery,” and especially in hindsight, the subtitle of that book is even more intriguing: “Visual Truth in the Post-Photographic Era.” The point of that book was that the digital age, then labeled ‘post-photographic,’ might make it difficult to distinguish between visual fact and visual fiction.

More than a quarter century has passed since then, and we are still being challenged to find our own truth in what confronts us visually. It is important to try to keep the categories of images distinct from each other, if possible. Regarding photographic documentation, it is important to note that allegedly straight images, presented as a truthful record of reality, can easily be falsified (which of course was also quite possible in the analog era). Art, on the other hand, is meant as metaphor, to stimulate and invite interpretation, and ambiguity is the methodology with which viewers are stimulated. However, nowadays we find that both straight and artistic photographs are challenging and require the viewer to make an equally strong effort to evaluate what is before him or her, as the difference between these categories seems to be disappearing.

In the case of this book of portraits, all of the above are applicable. We are looking at a series of portraits that have an eerie effect, essentially the result of computer programs using existing internet photos of people to create new combined human-like representational depictions.

Mike Tyka states in greater detail that his project explores “the latent space of human faces by training a neural network to imagine and then depict portraits of people who don’t exist. To do so, many thousands of photographs of faces taken from Flickr are fed to a type of machine-learning program called a Generative Adversarial Network (GAN). GANs work by using two neural networks that play an adversarial game: one (the ‘Generator’) tries to generate increasingly convincing output, while a second (the ‘Discriminator’) tries to learn to distinguish real photos from the artificially generated ones. At first, both networks are poor at their respective tasks. But as the Discriminator network starts to learn to predict fake from real, it keeps the Generator on its toes, pushing it to generate harder and more convincing examples. In order to keep up, the Generator gets better and better, and the Discriminator correspondingly has to improve its response. With time, the images generated become increasingly realistic, as both adversaries try to outwit each other. The images you see here are thus a result of the rules and internal correlations the neural networks learned from the training images.” Tyka’s essay also supplies a valuable context, discussing the role of synthetic entities and identity deception in contemporary political influencing and sleazy entertainment (could these two possibly even be linked?).

For the viewer the result is a series of portraits of absolutely unknown, synthetic people, an astonishing new way of looking at ourselves. We are really not quite sure what or who(m) we are looking at, since each portrait is a combination of a variety of people’s features and looks. We are sure that some part of all of us is in these portraits; there is a certain leveling effect that wipes out specific traits that we might categorize as beautiful or plain or anything in between, or as belonging to specific human subgroups. We also, strangely enough, could imagine that we see traces of ancient or archetypal beings that represent groups of our extinct human ancestors, such as the Neanderthals or the most recently discovered Denisovans. Your imagination can run wild with these imaginary people that are combinations of all of us; what emotions and associations do they evoke for you? The images are also accompanied by related social-media pseudo-snippets.

In an age that must closely examine the relationship between reality and artifice, this project of combinatorial synthetic portraits gives us plenty to think about. The difference between technologically enhanced fiction and supposed/expected reality is now ever so artfully and deceptively slim, as this project by Mike Tyka effectively demonstrates.

Essay: “The Consequences of Algorithmically Falsifiable Voice and Video for a Democratic Society” by Mike Tyka 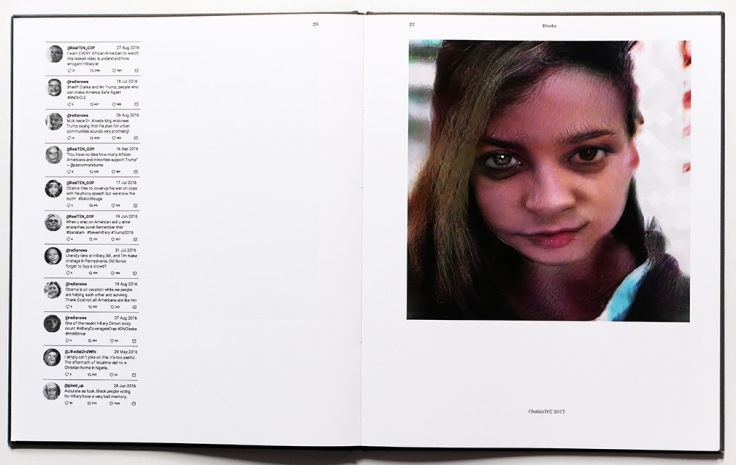 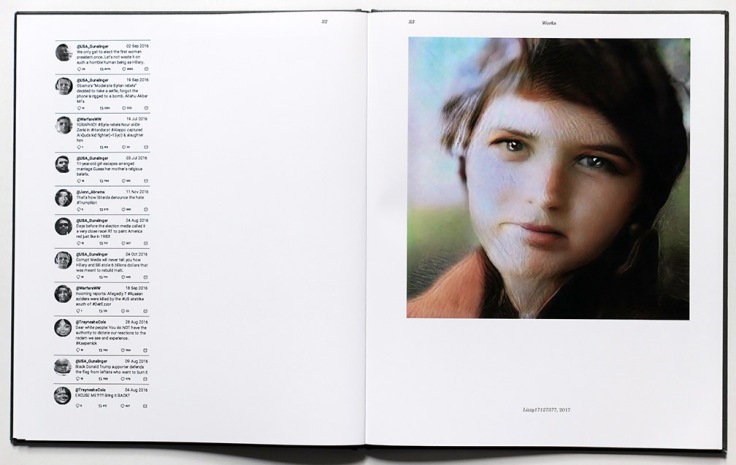 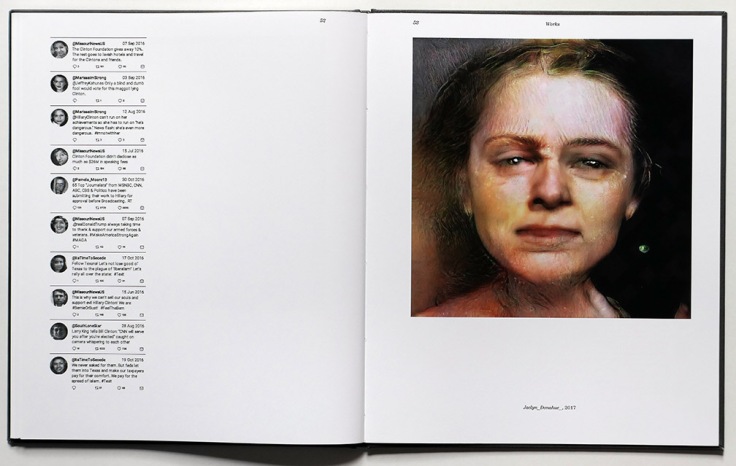 One thought on “Mike Tyka – Portraits of Imaginary People”