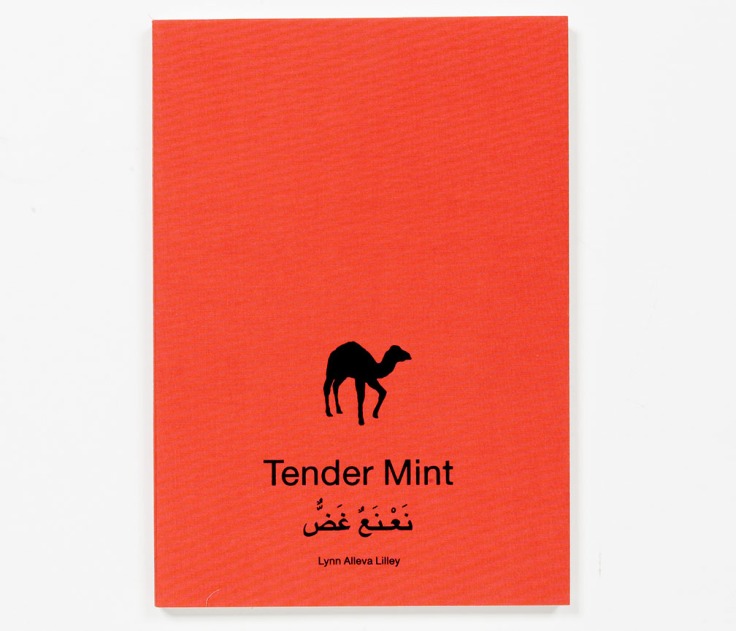 Published by Eriskay Connection, 2017, the Netherlands

Notes: I have to admit that I feel some aspects of disassociation when I embark on long transcontinental flights for an international assignment and then various degrees during the trip, usually when alone in the evening with only my thoughts. Thus Lilley’s recently released photobook, Tender Mint, which explores similar feelings that resulted from her families long term relocation from Maryland to the country of Jordan emotionally resonates with me. I understand how these personal feelings of displacement can become further acute when the written and spoken word do not resemble your native language, in my case it was the written Mandarin characters of China, while she became suddenly immersed in the Arabic script of Jordan, neither resemble the written English of America.

There are other radical cultural changes for her family to adapt to as well: social norms and policies, housing, infrastructure, shopping, food, aromas, scents and for the Arabic world, the religious customs. For Lilley even the new landscape was foreign; moving from the lush Northeast American costal area to an arid and hot desert region. She also reveals the personal loss that occurred with the passing of her father while she was in this distant location.

Lilley’s photographic project appears to rise out of trying to make sense of this mysterious land, to find a way to ground her family and herself in this strange culture while dealing with aspects of the changes to their lives that probably seemed beyond their control. That she was also concerned about how she as an American woman might be perceived in this new environment strikes me as a potential feminine quality of this visual project.

Choosing to document and visually investigate the animals within a confined landscape of a local zoo as a part of this project appears to provide metaphoric potential to reveal her feelings. The most striking photograph in that regard is the first image below, that of the small group of monkeys who appear to be cowering in the back edges of their cage. The sense of confinement is made palpable by the slightly out of focus barrier fencing in the foreground that extends over the entire frame. A younger animal appearing to be tightly clinging to an older animal, which we might deduct as one of the animals parents. The two appear to be holding each other in such a way as to provide physical if not emotional comfort. In the foreground at the edge of the frame is a larger animal whose dark features are difficult to discern. Symbolically I read that this could be Lilley’s father, who is distant and although in the same location, metaphorically these two individuals could be in their own confinement in their respective locations, hers in Jordan and his in America.

Lilley has grappled with the daunting and difficult task of not only documenting a new environment but attempting to place this experience in the context of her own feelings that result from the turbulent changes to her and her families lives. 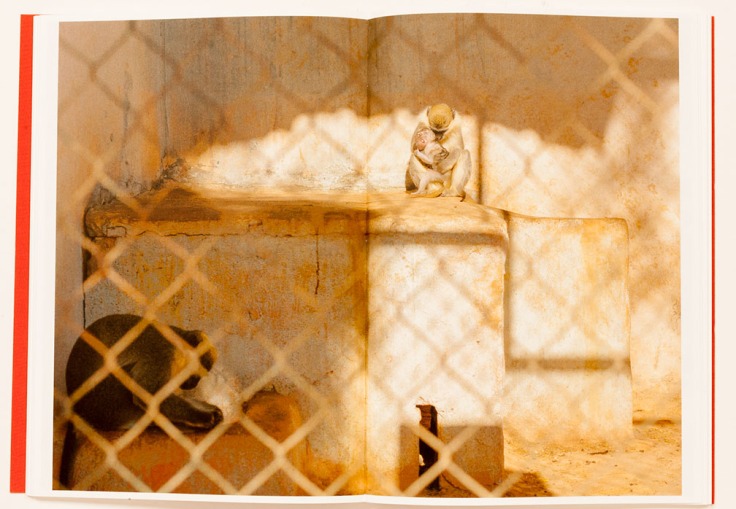 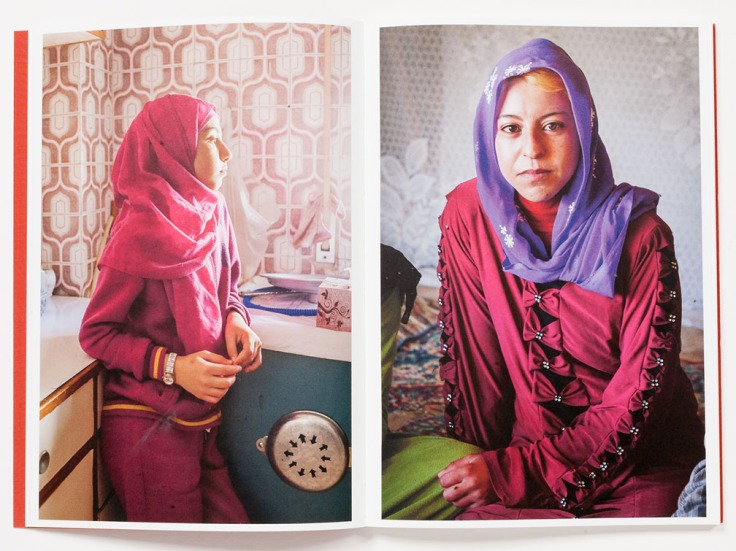 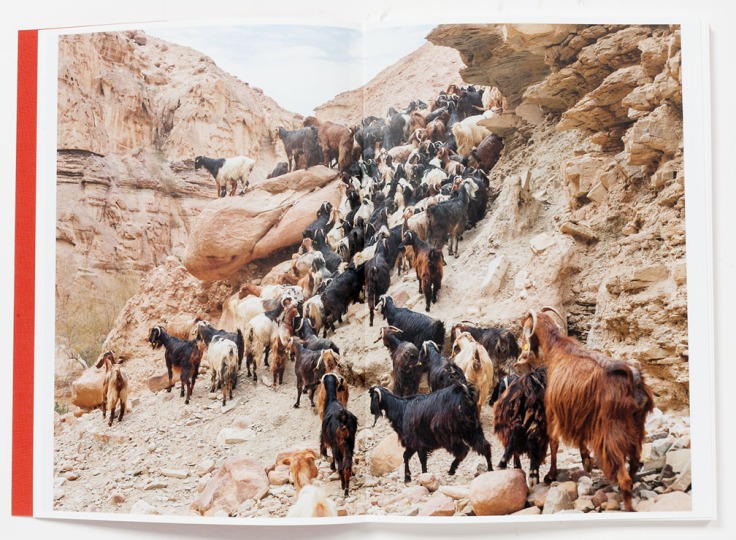 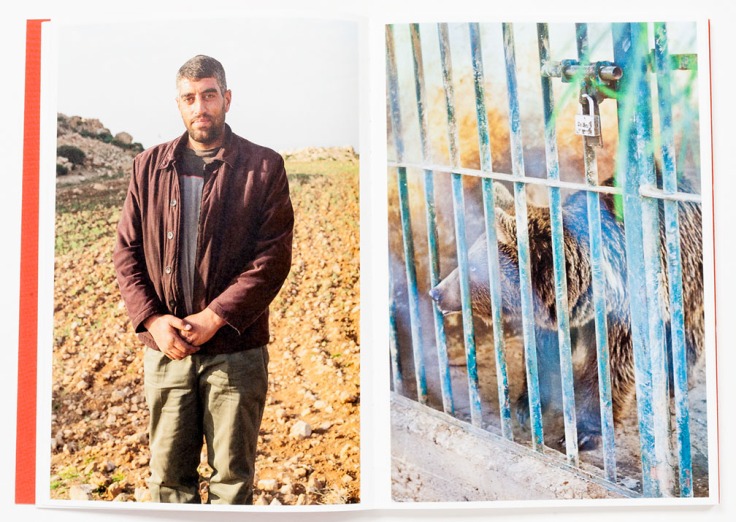 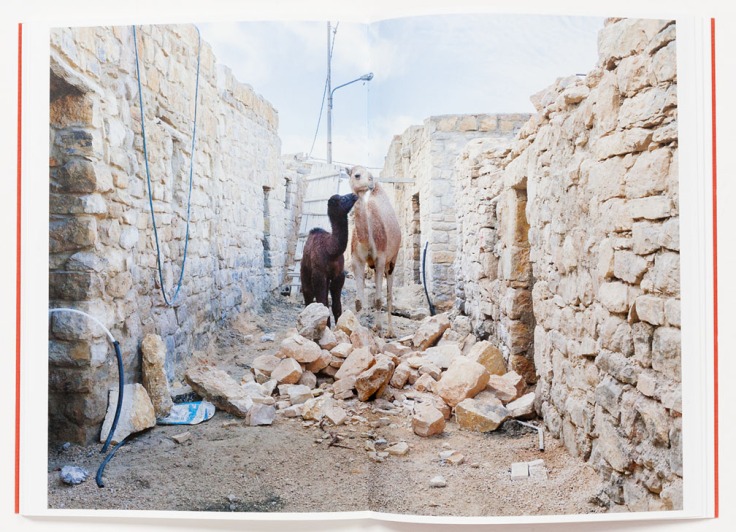 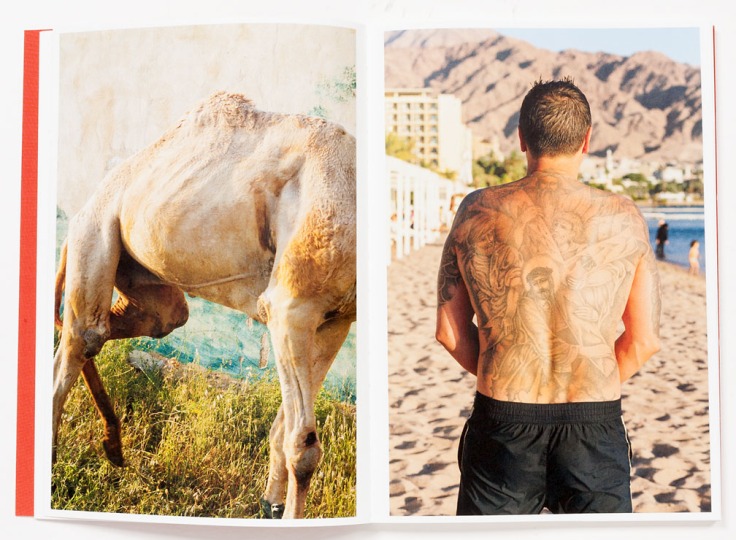 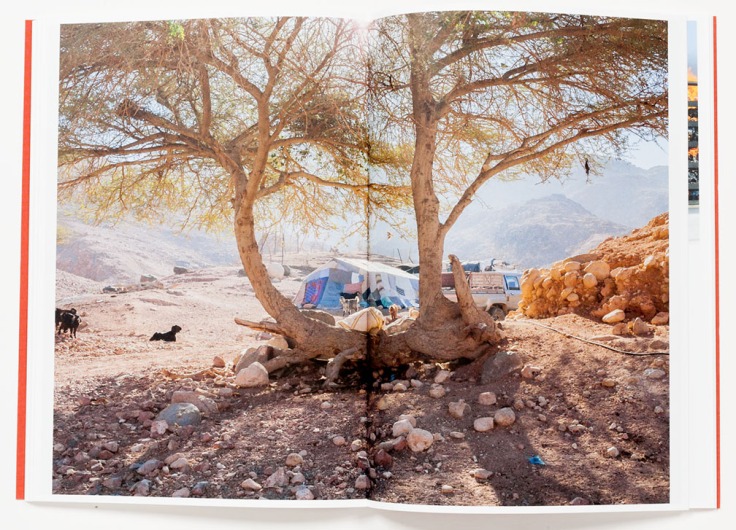 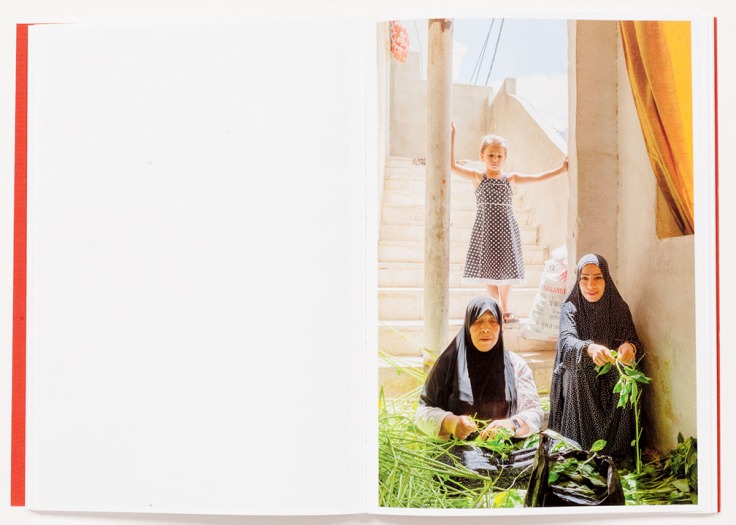