John Loengard is a photojournalist with many decades of experience. As part of his distinguished career with Life magazine and beyond, he has photographed many notables and others along the way. Thus one will find among the 135 photographs in this volume some interesting shots of singers such as the Beatles (as shown on the dust jacket) and Judy Garland, of visual artists such as Georgia O’Keefe and Annie Leibovitz, of politicians such as Ronald Reagan and Jimmy Carter, and many others. The well-known are often shown in conjunction with less well-known individuals across various locations and times. All of the photographs are well-reproduced duotones, since Loengard considers black and white “often more convincing” than color. He sums up his approach to photography as follows: “The shutter opens briefly to let the camera marry reality to form. Their union gives the picture structure and defines the moment that lives on” (Preface).

Often Loengard captures the viewer’s attention with unusual viewpoints: he depicts the Beatles in a swimming pool, the writer Philip Roth looks away from the camera to answer the question of a visitor who is not shown, John Updike is presented in a very minimalistic fashion: his eyes look back at the viewer in the rear view mirror of a car – thus the unseen helps define that which is seen, and the less familiar casts a new light on the seemingly familiar. The captions for the images merely have the function of supplying a few words of background information, rather than to diminish the viewer’s capacity to get involved in the story told by each picture.

While one could consider this photobook merely an excellent retrospective of a renowned photographer’s work, it is much more than that: it also is a compendium of many delightful surprises. Where it especially shines, in my opinion, is in the exquisite juxtaposition of images on double-page spreads. Below I have excerpted a few to whet your appetite; some of the intriguing combination principles, besides subject matter from different times and places, are: shapes, patterns, movements, scale, among others. 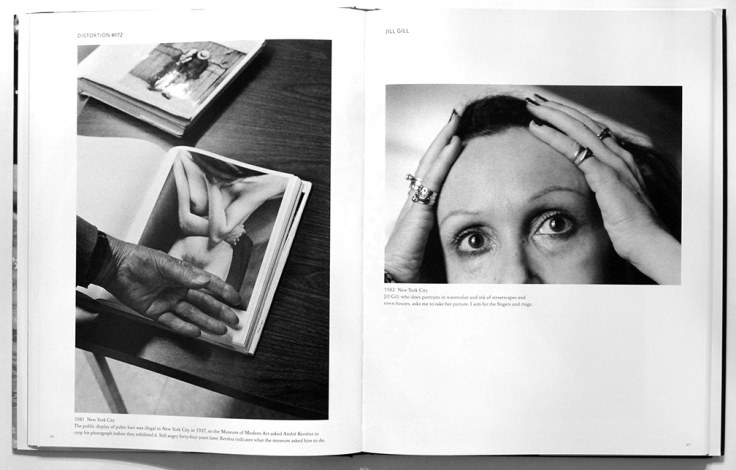 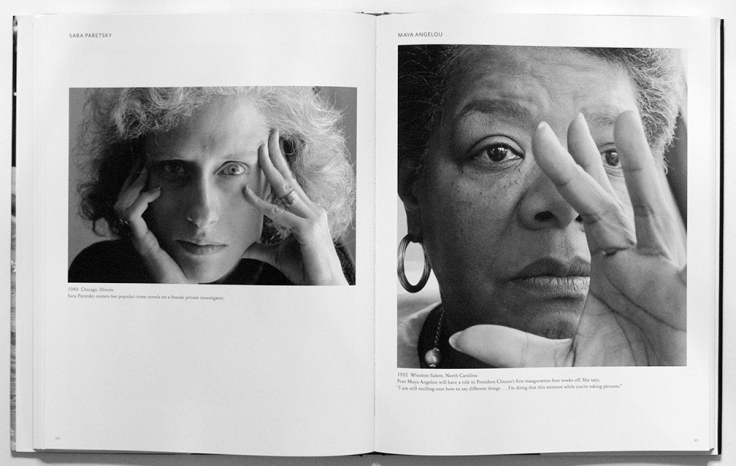 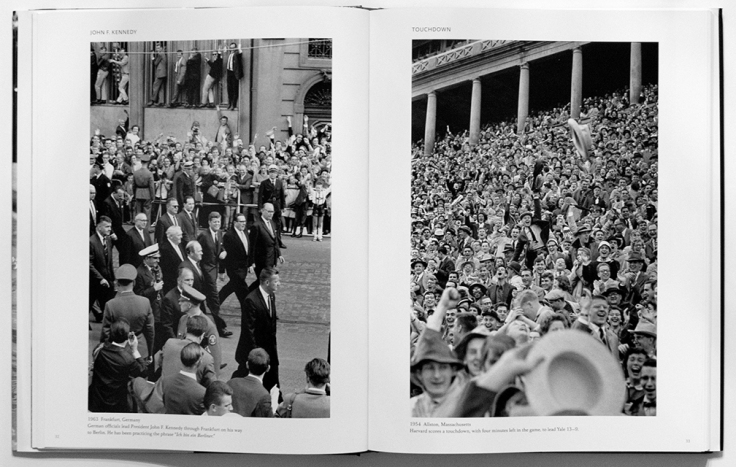