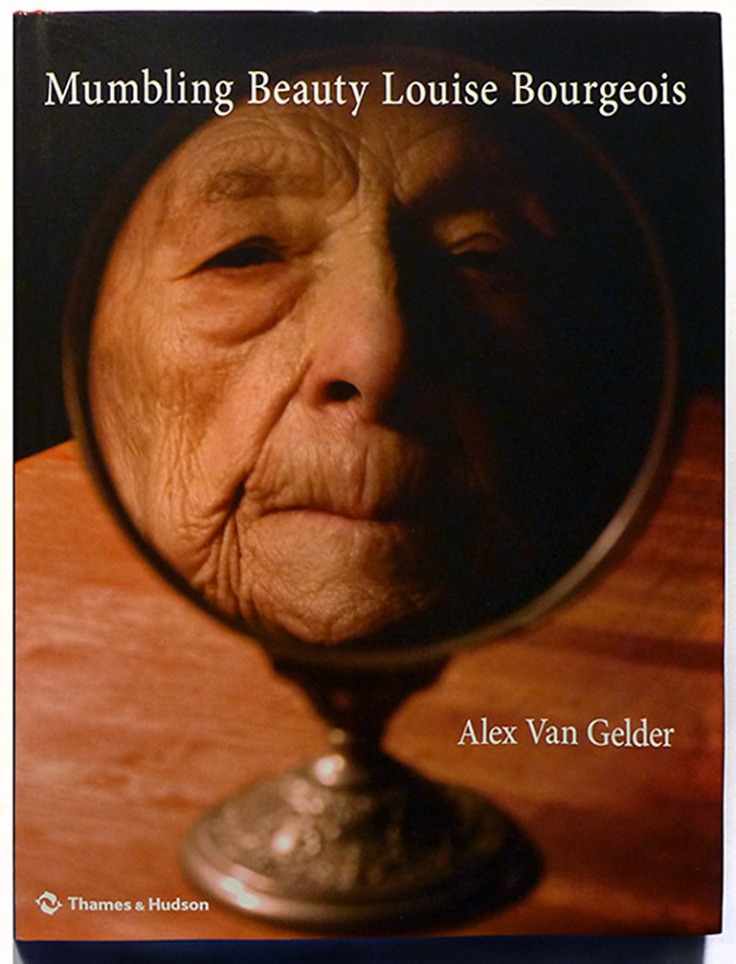 This photobook presents 81 extraordinary collaborative images taken during the last three years of life of the French-American artist Louise Bourgeois (1911-2010), who came to the US in 1938 and was primarily known for her sculptures and installations, but also for her paintings and prints. Her art received the most attention from the 1970s on, and she was also a strong fighter for artistic freedom and social justice. Alex Van Gelder, the photographer now based in Paris, became her friend and, from 2008 to 2010, was repeatedly invited to her home in New York City in order to participate in the creation of this personal yet public reality of a highly creative and spirited individual. As Van Gelder says in the foreword, “She became a consummate performer in front of the camera.”

In viewing the images, we can literally experience the joy of the artist in the process of creation, as well as the pain of aging, perhaps foremost among them her inability to move around as freely as possible, as she was paralyzed from the hip down. The photographer uses a variety of techniques to show the difficulties of both artistic creation and old age, such as distortions and long exposures with the resulting blurred appearances: self-reflection through visual ambiguity. The viewer is not only reminded of the work of John Coplans, but also of Cindy Sherman: Louise Bourgeois here assumes many roles (some with disguises) in a number of settings within her house. A very creative look at the last few years of this artist as a result; she is shown working in her studio on paintings, posing with some small sculptures, as well as in mundane settings of everyday life.

This book confronts the viewer with his or her own aging process and creativity. It is a stark yet supportive and positive, even optimistic presentation, at times with some humor as well. As the artist is shown active even at the very end, we get the idea that she is creative and hopeful in spite of it all. Since Louise Bourgeois considered much of her work autobiographical, based in part on childhood traumas, these portraits give us a glimpses of the relationships between the artist and her art, and many other dimensions to reflect on as well. The human body, with its fragile and temporary nature, was a main theme in her art, and this is certainly well represented in this visceral yet elegant collaborative photographic study. 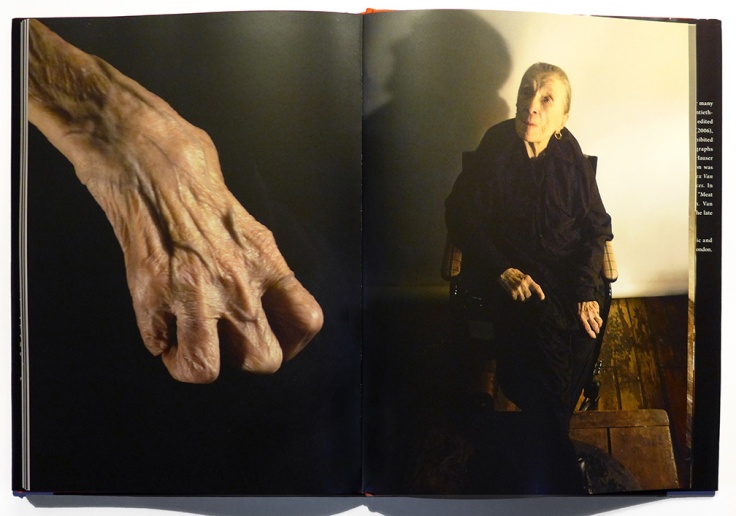 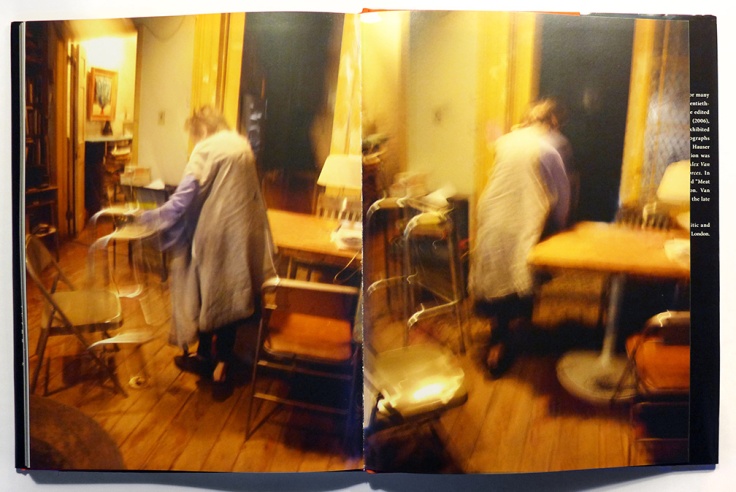