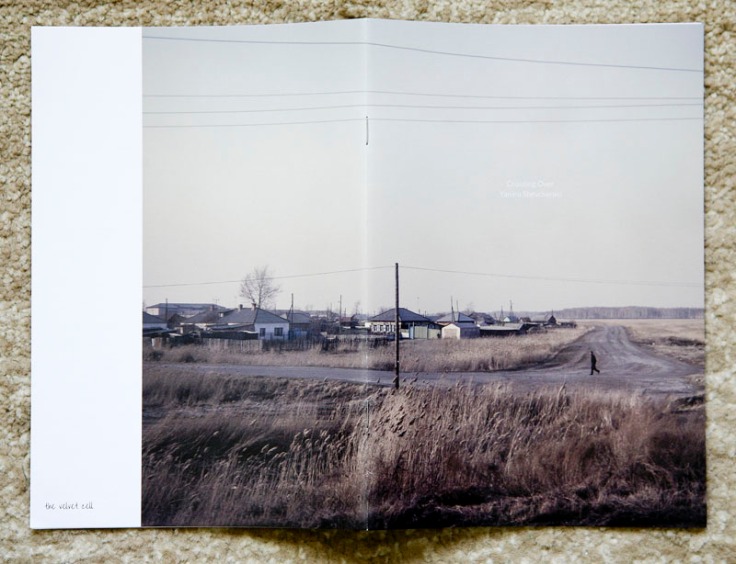 Notes: In America a “road-trip” in which one wants get up-close and personal with the land is usually by accomplished by means a car. To cross an even greater expanse of Russia and attempt to create a personal relationship with the land, a road-trip one usually associates with is by means of the Trans-Siberian Railway. This photobook is Yanina Schevchenko’s narrative using a documentary style and resulting from riding the rails over a duration of fourteen days; from Moscow to the end of the Trans-Siberian Railway and then immediately returning. Her subject was the expansive rural and intermittent urban landscape of Russia in an attempt to investigate the regional culture along this route.

As a reader who has traveled by railway in both the United States and Europe, what can be observed in Shevchenko’s photographs appears similar in one aspect but not all-together different; stretches of open and frequently monotonous rural landscape with short duration’s of the urban industrial landscape. I also found myself recently returning to this book as I am now make frequent commutes to a laboratory space about an hour and half away that involves a long drive with a short stretch of stop and go traffic. During the drive, the ensuing landscape is a soft blur, but due to the serendipity and chance of where I made the brief stops in heavy traffic, the adjacent landscape takes on a startling clarity. These are similar elements that Shevchenko captures in her investigation. Perhaps some of the structures of the steppes are a bit unique, but the land adjacent to a noisy rail line is a place that is not usually attractive but can still be a very interesting to contemplate. 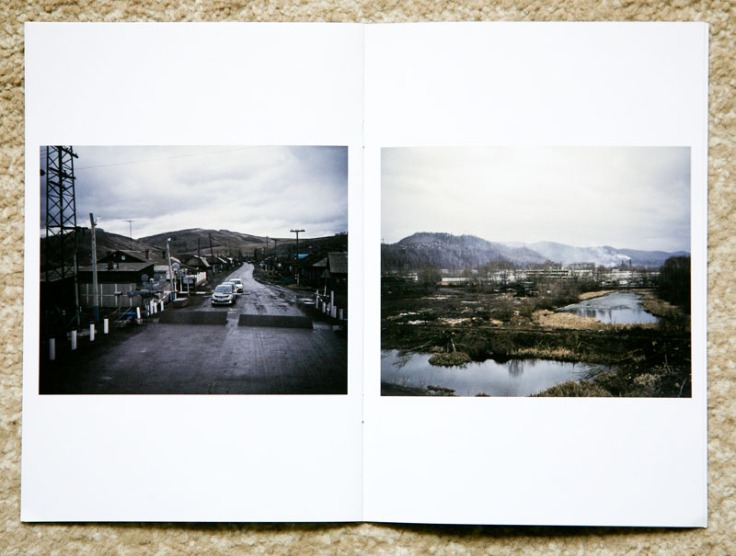 2 thoughts on “Yanina Shevchenko – Crossing Over”