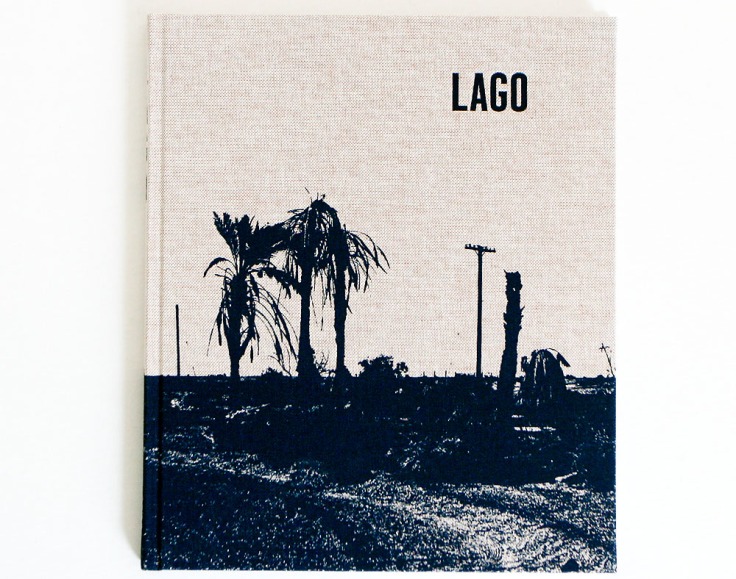 There are no essays, pagination or captions

Notes: Although not stated in Ron Jude’s 2015 photobook Lago (Spanish for Lake), his title is a sideways reference for his subject, the Salton Sea and the surrounding Southern California desert community located not far from the Mexican border. In fact this photobook is minimalist in design; photographs only without any essays or captions, thus intending the reader to create their own narrative.

I will admit that this storied location out in the desert is not that far from my studio but its current downward spiraling conditions, both economically and environmentally, have had no appeal for me. Probably why I am a bit late to acquire and review Jude’s photobook, but I became more interested as I read other books reviews and interviews with Jude about his project.

The decaying structures, plants and isolated details appear ambiguous as to their actual location other than a place in a desert setting. When his subjects are illuminated by a warm light, this creates an emotional disparity for the dismal vision in front of Jude’s lens. Nevertheless, when his subjects are in the harsh, direct light of the cloudless desert, this seems to provide a more appropriate illumination of the found conditions. The Salton Sea due to the economic decay matched with the increasing alkalinity of the lake, has become a frequent photographic “ruin porn” destination, in line with the similar sad conditions surrounding Detroit, while I find that Jude’s photographs transcend the vast majority of photographs created at the Salton Sea. I feel that is probably due to Jude’s concept which goes beyond a documentary style project investigating failure.

Although his photographs capture some of the sad economic conditions that surround the location, once thought in the 1950’s to become another desert Palm Springs on the lake, his photographs can be read as visual metaphors for memory, hope, loss and stubborn reality. Jude stated in another interview about this project “These things you mention—the harsh light and the fishbone beaches—served as strange, almost violent embodiment’s of how difficult it is to come to terms with the gap that exists between the smooth edges of memory and the staccato nature of actual experience.”

Other Ron Jude photobooks that I have discussed on this blog in the past: Lick Creek Line, Other Nature 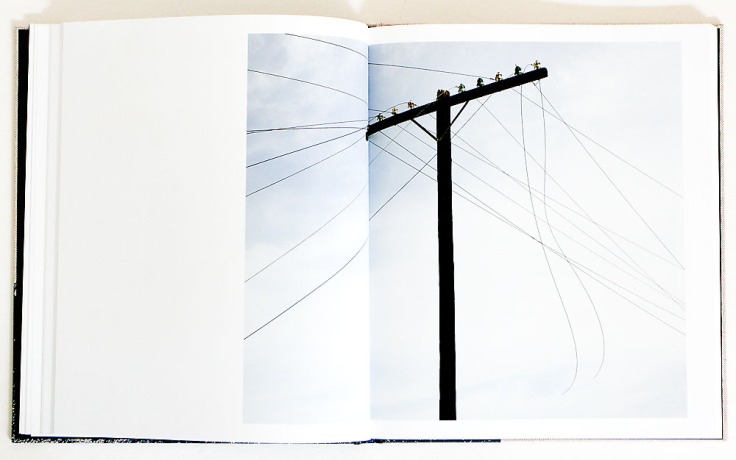 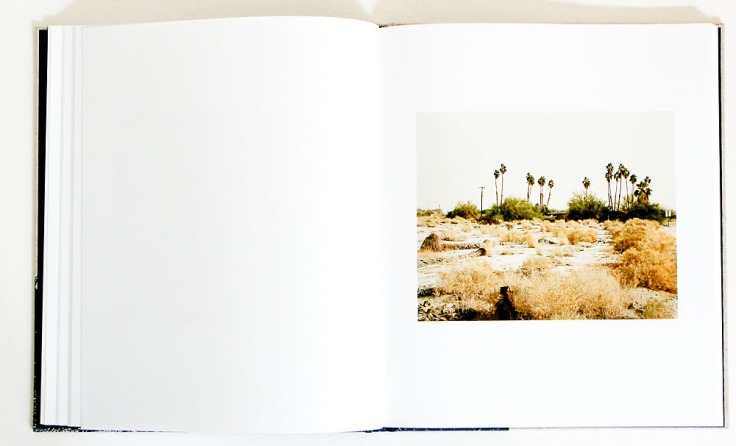 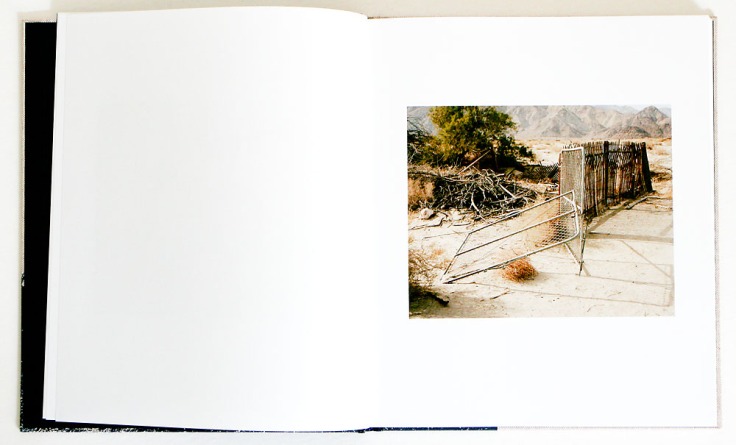