The British photographer Robin Maddock (b. 1972 Leicester, UK, resides in Los Angeles USA & the UK) has taken an interesting departure from the his previous color documentary style, evidenced in his prior two books, with a more conceptual theme photographed in black and white. His subjects included three objects that Maddock introduces into the pictorial frame; sheets of white paper, ping pong balls and milk. This is a project photographed in California (San Francisco and Los Angeles) over a span of a couple of years with black and white film. As Maddock has stated “It is a product of California, not about it”.

Maddock has stated elsewhere that this book-project was a result of wanting to work on a change-up, a completely different project. His previous photographic work has garnered him some nice accolades and was developing a stylistic look. For some photographer/artist, developing a recognizable visual trademark is something that is sought after, while for others, like Maddock, it is akin to an artistic kiss of death.

For this project, he chooses to include three white objects which were found, positioned, tossed or flowed (spilled per Maddock) somewhere within the frame. As to why these three different objects, perhaps why not, but they each have unique physical characteristics and unified by sharing the same color. Another possibility is the sexual attributes that can be attributed to these objects with the ping pong balls have maleness, the milk is both male and femaleness and the flat white paper seemingly neutral.

Three is also one of those magical numbers. A good presenter knows that making three points in a presentation will have the most potential effect. One of something which is often repeated can become boring and repetitious. Two different subjects’ will add diversity to a message while three subjects add complexity as well as diversity. With four subjects the message begins to become overwhelming and losing too much focus. A photographer only has to look at his tripod to understand the concept.

Maddock’s ensuring photographs are a madcap range of the absurdity to the playful and witty, such as the tongue-in-cheek rubber band filled with milk or the ping pong ball sitting on top of the end of the rain spout. Maddock incorporates his own shadow into many of the photographs perhaps indicating a potential autobiographical nature of this project.

His photographs are a little higher in contrast with the shadows frequently become dark masses to push into a stronger graphic appearance. This also serves to push the whiteness of his introduced objects to a flatter and almost abstract quality. Maddock frequently uses a vertical format and tightly composes his photographs. As a conceptual project, I do wonder if this book might have received as much critical attention if it was Maddock’ s first book.

This book object is a bound hardcover book with a tipped-in image and embossed linen boards. Another well printed book by Grafiche Antiga (Italy), the go-to printer for Trolley Books, and the black and white photographs were printed on Tatami Ivory paper. The book does not contain an essay, pagination or captions leaving the reader entirely to their own interpretations. I did notice that the dark linen cover is a dust magnet and regretfully I did not get my book into a protective poly cover quick enough. 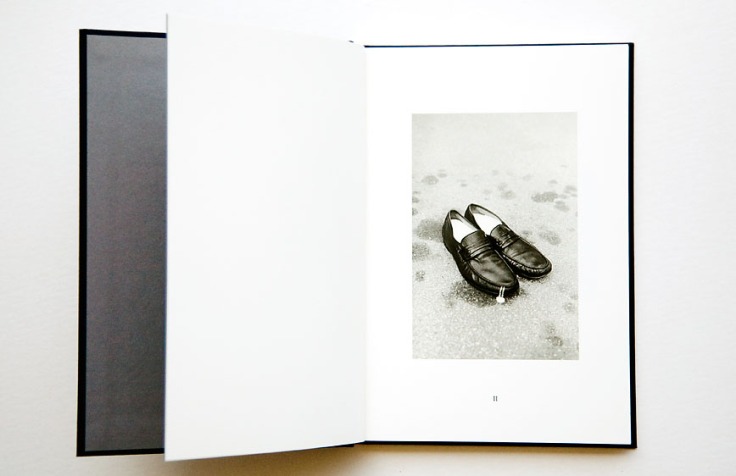 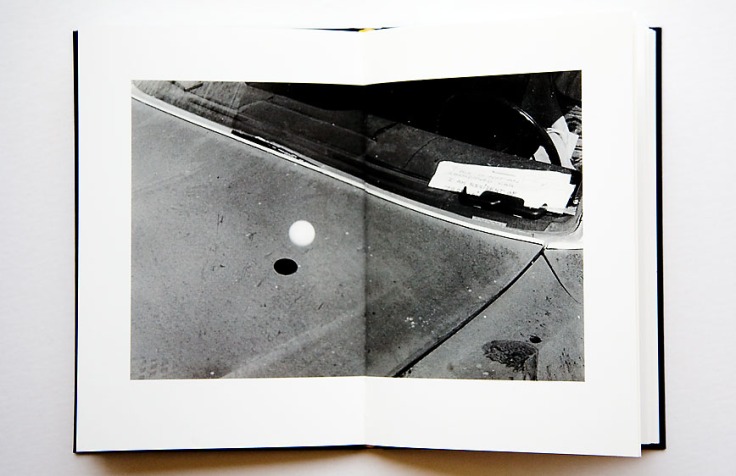