Laia Abril (b. 1986 Barcelona, Spain, currently resides in NYC and Barcelona) continues to develop narratives that probe identity issues for women. In The Epilogue, she expands on her earlier photographic project Thinspiration, a self-published zine investigating a pro-anorexia community, essentially women and girls, with obsessive eating disorders who are wasting away. In The Epilogue, unlike her subjects who are anonymous, aloof and distant as they are in Thinspriation, we are fully immersed into the initiate details of one extended American family who is still dealing with a daughter/sister/nice and her tragic binging and purging disorder and ultimately their grief, frustration and loss.

Abril provides a complex and multi-layered voice in conjunction with an interesting mashup of old family photographs, interviews, medical documents, letters and her own photographs. She creates a documentary approach for the own landscapes and portraits of the individuals who have been affected by the principal subject of this story, Cammy (Mary Cameron Robinson, American). Abril’s narrative jumps into the middle of the current family’s situation many years after Cammy’s passing. In the book’s captions Abril uses informal nick-names for her subjects that create a sense of intimacy; while Cammy’s full identity is provided later as this unsettling narrative progresses and then as a newspaper obituary, one of many documents that are inserted into the book’s interior.

In the historical family photographs of Cammy, it is not empirically evident that she had an eating disorder, as she appears to look rather normal, unlike the thin and emaciated appearance of those suffering from Anorexia (Anorexia Nervosa). In many ways, Cammy’s outward appearance is similar to a photograph, as surface appearances cannot tell an entire story, but only provides the vaguest of hints.

This sad tale is similar to a mystery novel in Abril’s attempt to discover an unknown person; she interviews the indirect victims of Cammy’s demise: her mother, father, brother, roommate, boyfriend, aunt, cousin, and doctor. In the end we are provided some evidence of Cammy’s life, that she suffered a traumatic life and ending, while leaving an open ended question of how to deal with someone who has a eating disorder. Equally important it calls into question the media’s fascination with the ultra-thin body-image of models, creating the associated cultural peer pressure as to what constitutes “beauty” and “attractiveness” resulting in self-esteem issues and in this case an unhealthy eating disorder.

This unsettling book is a call to action, but can only point to the pending consequences and the potential frustrations experienced by those who are caught up as events unfold. Eating disorders are now global, predominantly (85%) experienced by teen girls and young women but perhaps more prevalent in Western Countries, especially the United States, where this narrative takes place. Thus Cammy, her family and support structure in America is the untended role model to place a face on eating disorders.

I had earlier wrote about how she and her book designer/collaborator Ramon Pez have carefully designed and created what they are calling tri-fold pages into this book object. The revealed panel extends the narrative as well as symbolically “breaking the book” as each of the four tri-fold-pages correspond to a photograph when the subject of the book, Cammy, has experienced a severe break down in her life’s journey. This is yet another testimony that a book design can further reinforce, and in this case, literally extend a narrative. Let’s see if you can do that with your e-pad!

My one niggle is the black printing on the dark blue page stock at the very conclusion of the book and the tip-in on the book’s front cover which borders almost on being illegible (darn hard to read!). I am guessing that Abril and Pez have a symbolic meaning for this design aspect; it did not come quickly to me.

The book design was complete by Abril in conjunction with Ramon Pez and beautifully color printed by Grafiche Antiga (Italy). The book cover has a tipped in image and the interior also includes gate-folds, inserted letters, documents, and a newspaper obituary.

This photobook review was co-published on EMAHO magazine; here.

Other books by Laia Abril reviewed on The PhotoBook: Thinspiration 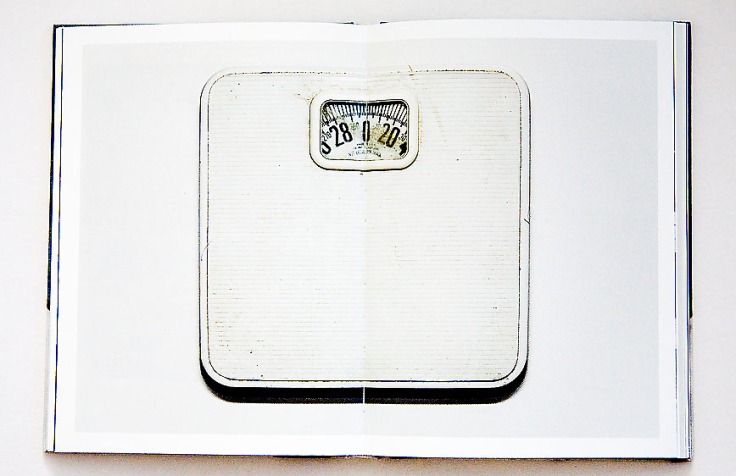 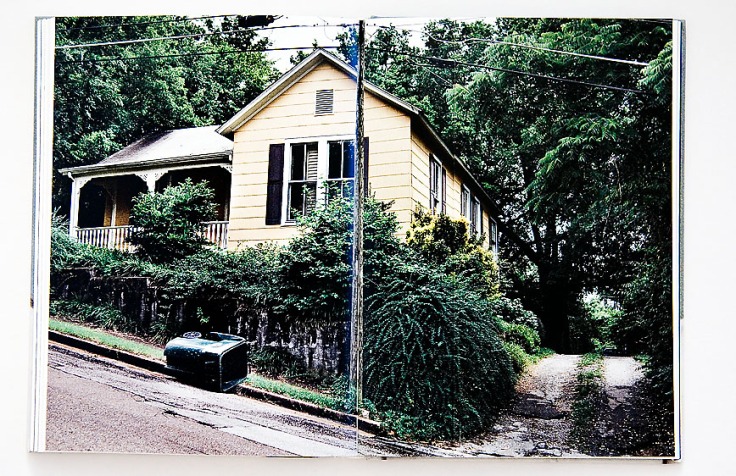 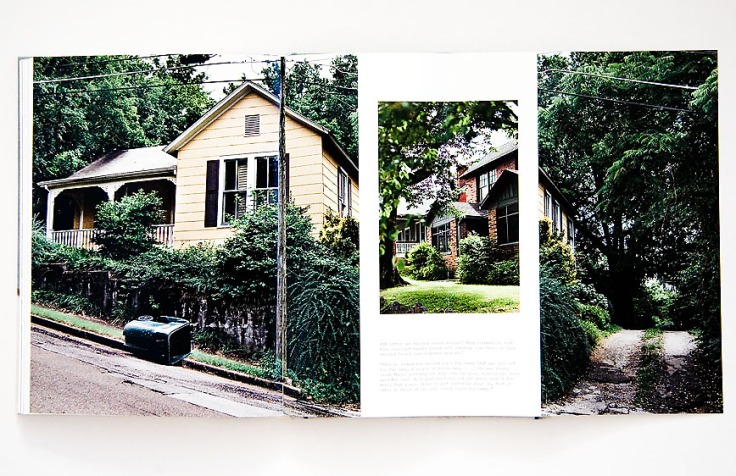 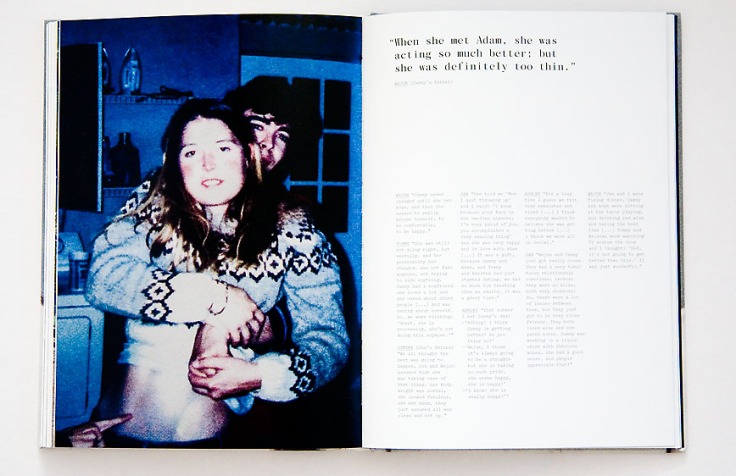 4 thoughts on “Laia Abril – The Epilogue”