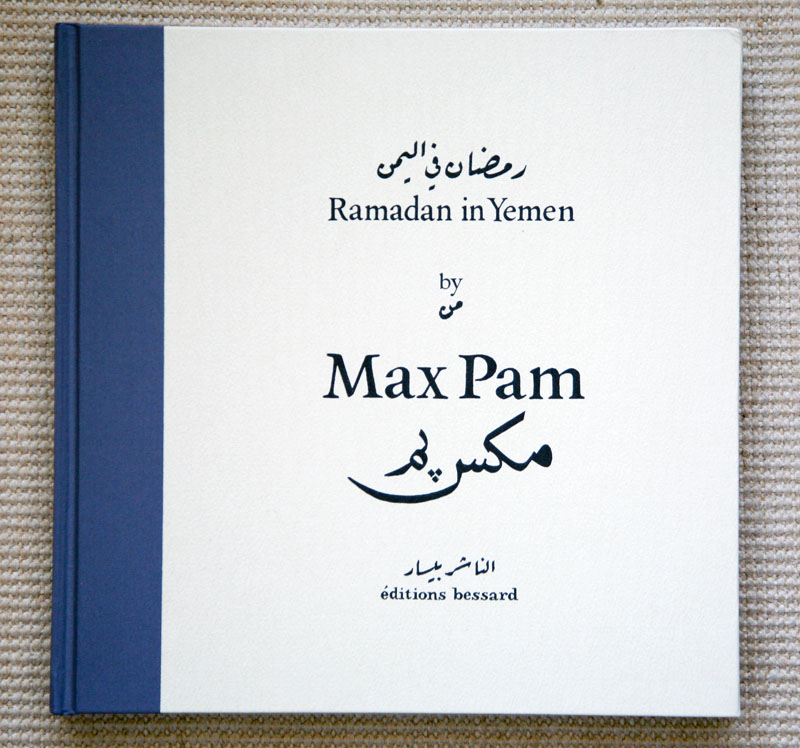 This book has all of the appearances of photograph based diary complied by Max Pam during his journeys through the region of Yemen in 1993. Pam’s album is resplendent with a mash-up of photographs, marks, stamps and an interesting hand written travelogue.

The square black and white photographs appear to be from a much earlier period, but this was modern Yemen in 1993 and I suspect that probably little has changed in the subsequent twenty years. For the landscape subjects that beckon for a wide horizontal capture, Pam composed two adjoining photographs to create a panoramic viewpoint.  When these two photographs are laid adjacent across the interior book spread, the misalignment of the pair of photographs is slightly disorienting and creates a slight amount of tension to a static landscape image.

The photographs are in a documentary style that purports to capture the ebb and flow of the Yemen social fabric. As an outside foreigner, we realize that Pam is just bouncing off the surface of the public veneer. Pam does not look like a local, cannot speak the language and has only a crude semblance of the cultural rhythm.  As an outsider, he does bring the more objective and global perspective that is unique to this body of work and provides a Western perspective to this region.

Pam also utilizes an interesting focusing technique, with what might appear as being the subject in the forefront out of focus, and while in the edges around are actually where he has focused his lens. I initially thought that this was the interesting results of a “grab shot” of Pam coming across a rapidly evolving tableau of social theater, but he employs the same focusing methodology with a static landscape. The outcome creates an interesting visual push-pull effect as the viewer is not sure as to where to place their attention.

Frequently the subjects are aware of Pam’s presence and professional camera equipment, facing the camera and providing a prerequisite smile to be recorded.  This exotic region probably attracts many tourist, thus the social order is familiar with the “smile please” requests. We are not aware of the photographers demeanor, perhaps through his assistant asking them to face the camera or possibility indicating that he is about to take their image. Likewise, we do not know if his antics of photographing his subjects is thought to be humorous, thus the resultant smiles. That is part of the ambiguity and fiction of photography; we do not know what is really occurring outside the captured image for this one brief moment of time and space.

Pam’s handwritten journal is interestingly disjointed. He employs to format his text into a squared design, thus creating a visual textual block. As he hand writes his travelogue and extends his thoughts across the width of the page, at the end of a line he will arbitrarily break-up the words creating an arbitrary wrap-around of the letters as he sees fit to maintain his graphic structure. As a result of this stylistic writing, the punctuation in his sentence does not mesh with any rules of the traditional rules grammar. The results can be at times challenging to read and comprehend, but I found as I progress through the book, this weird manner of writing becomes familiar as I learn to read his broken word structure, perhaps a lesson in adaptions.

As a book object, the hardcover book is nestled within a beautiful clamshell and the book is wonderfully printed (the second time, for the first attempt at printing the book was a disaster and a story for another time) book and resplendent with a silk page-marker.

Comment by Max: Yemen attracts few tourists, even fewer in 93 and then even less in ramadan. Its a very old school orthodox Arab culture where kidnapping and ransoming tourists by some of the wilder bedouin tribes is a light industry, this activity alone reduced tourism to a trickle yrs ago. So the response of the Yemenis is one of curiosity, they are drawn to my otherness as much as I was to theirs. The smile thing is a default position of most Arabs who will give a camera wielding infidel the time of day , its my default pozzy as well, anywhere, so its a serve and return thing, a silent agreement. You can do that with a 66, the waistlevel viewfinder is a thing of beauty, you are never hiding behind some offensive apparatus held in front of you face. I don’t do a winogrand performance, but I do take a bit of time over the process, I genuinely admire my subjects, want to connect with them. An assistant, in 40 years in the field I’ve never had an assistant 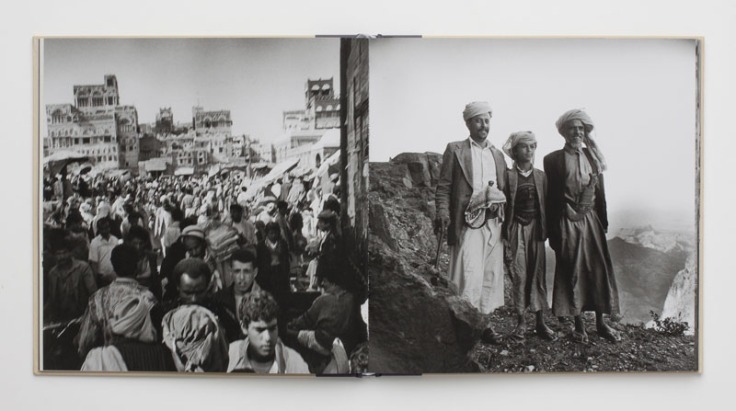 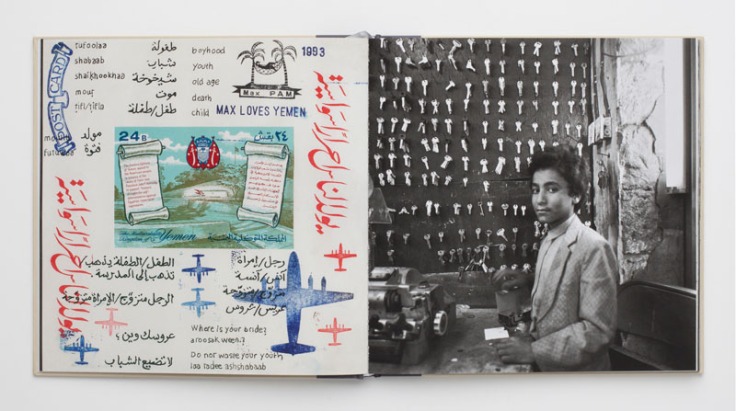 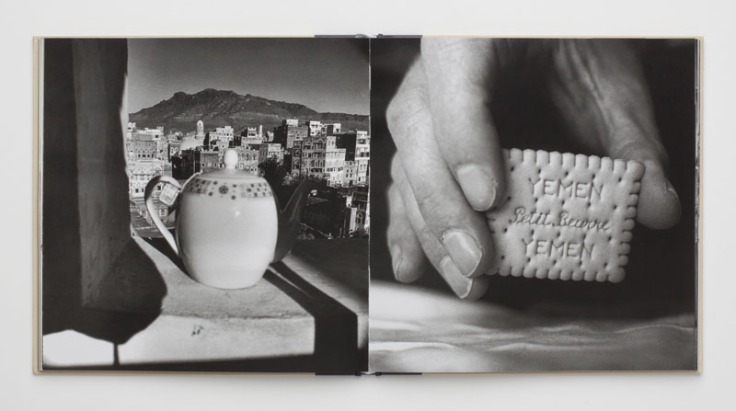 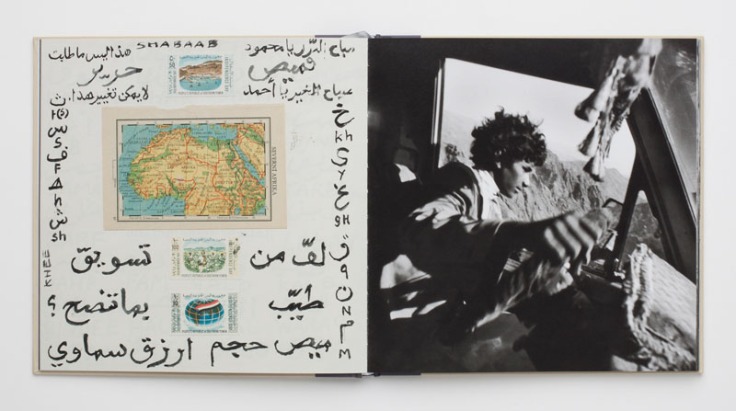 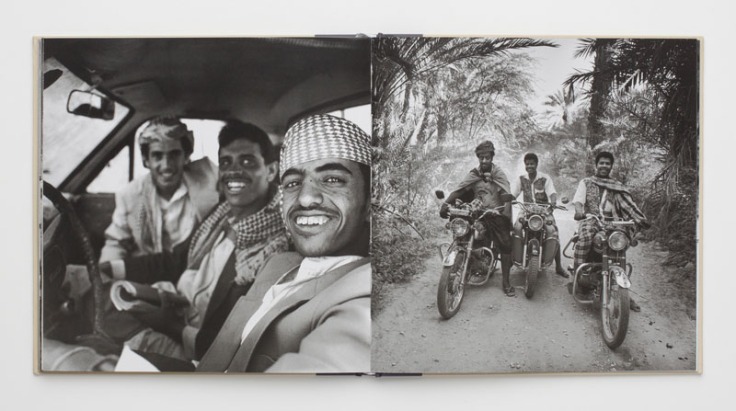 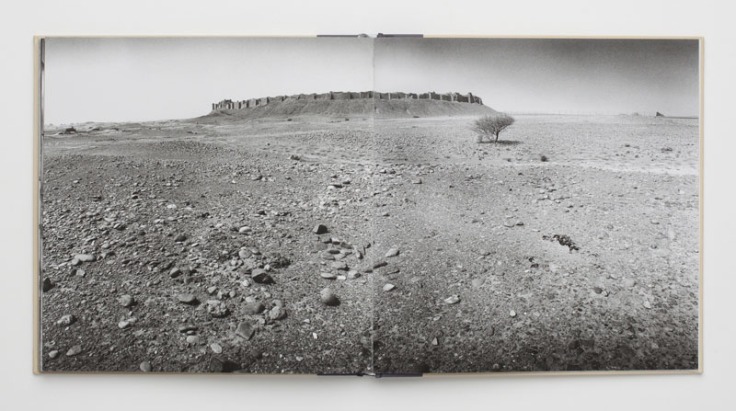