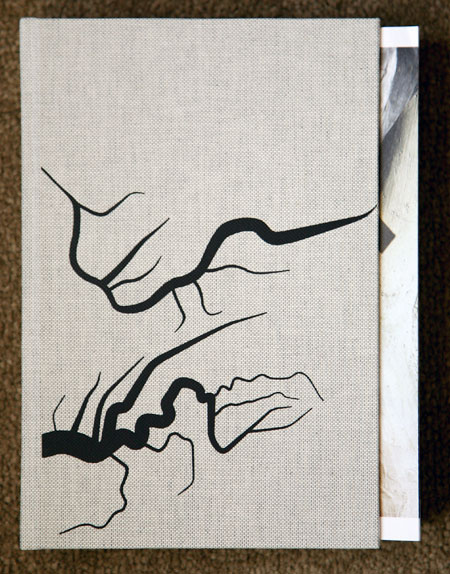 Carolyn Drake has self-published a very interesting book this year, titled Two Rivers. This excellent and creative book has garnered a number of insightful reviews that discuss this body of work much better than I, so I am going to defer to others as to how this book came to be and her photographic oeuvres. The links are provided below.

As this book is crazy good, I am instead gong to discuss this book as an object, such as the design, sequencing, printing, etc. While trying to sort out the various aspects these past months, I have been fortunate to trade a series of emails with Drake about the making of her first book. Yes, her first book, but what a book!

As self-published photobooks go, Drake makes no bones about this being a collaborative effort between her book designer, Sybren (aka Syb or –SYB-) Kuiper, who is located in the Netherlands as well as a lot of input from various photographers, editors and friends. She is no stranger to collaboration; for the five year of photographing this project her success depended on her relationships and collaborations with guides, locals and others to assist in gaining access to or communicating with her subjects in Central Asia.

From my emails with Drake and reading her interviews about making the book, it is apparent that there are some specific conceptual aspects that she wanted to incorporate, but she was really open to other ideas and suggestions. As the photography of the body of work was ending, Drake found that she was get blocked into seeing a project in a specific way, bogged down with a part of the project or unable to solve how to mash certain groups of photographs cohesively together. She states that working with Kuiper provided her some needed conceptual break throughs. One example is the order of the photographs, when Kuiper proposed starting the book’s sequence at where the two rivers appear to end versus where the river’s originates high in the mountains.

The very first thing that strikes the reader upon seeing Two Rivers are the short covers, they do not extend out to overlap the interior book block. There were specific metaphors in mind for this cover design; the two rivers she investigates due to man’s (government) interventions no longer reach the two lakes that these rivers have historically fed. In leaving the interior block exposed, she has also created a tension for the reader, as the block of photographs are no longer safely protected by the exterior covers. Thus metaphorically her subjects are also left exposed and are placed at risk, a subtle criticism of the governmental policies affecting those who had depended on the rivers to survive in this region.

Upon opening the covers, the reader immediately confronts a mashup and disjointed series of photographs that is further confounded by the photographic layout on the Japanese style binding.   Glenna Gordon states about the books interior “In this work, the viewer is often denied the pleasure of seeing Drake’s images completely—communicating the frustrations she felt during her working process, and allowing us a rush of delayed gratification when we finally arrive at the magical, full-bleed images of starry nights, elaborate feasts, handmade bridges, and ladies with gold teeth.”

The photographic images frequently hang precariously on the edge of the page and roll onto the following page. In a standard photobook, this layout would literally break the photographic image in two, but with the Japanese style of double fold page printing (fukuro toji), it allows readers to roll their finger between the pages to get a glimpse of the whole image. To create the double fold page, it might appear that the signature is trimmed to create a continuous concertina binding, but actually each folded page is a separate folio, held to the spine with cold glue, versus a perfect binging which uses hot glue. The opposite (inside) side of the page is unprinted. 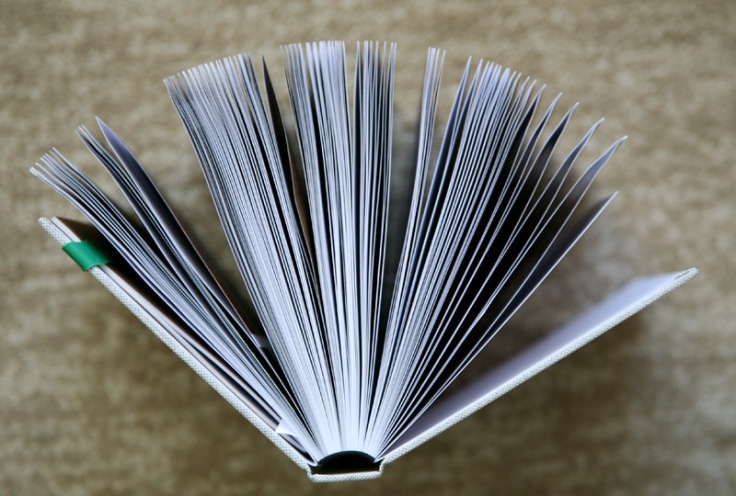 In describing how this double folded page book came to fruition, Drake stated “The Japanese binding was Syb’s idea. When he suggested it, he just called it “Japanese binding.”  The idea was that the pages would be folded on the outside edge and images would wrap over the fold. But there are different kinds of bindings for folded pages. One thing I was very concerned about was whether the book would be able to lay flat open. I didn’t want to have images in the gutter be hard to read if they were also going to be folded over the edges of the pages. A lot of the examples you see online of Japanese binding are sewn in a way that makes it very difficult to fully open the book… I went to Arles the year we were working on it and I came across A Criminal Investigation by Watabe Yukichi. I think Cristina Middel pointed it out to me. I bought it and took it to Syb and asked him if he knew someone who could make a binding like that. He then showed it to a printer who contacted a binder in Holland who does that. They made a model for us with no images, just a couple cover options, the paper, and the binding. It was beautiful, so I decided I would commit to it. It works because of the “cold glue” and thin, uncoated paper”.

The book has a Linen hard cover with an inlaid black foil, with Japanese double folded offset printing and binding. The companion text booklet is stiffcover and a pamphlet stab binding (string). The text is provided by Elif Batuman. The text booklet is held to the back cover of the book by means of an elastic rubber band. 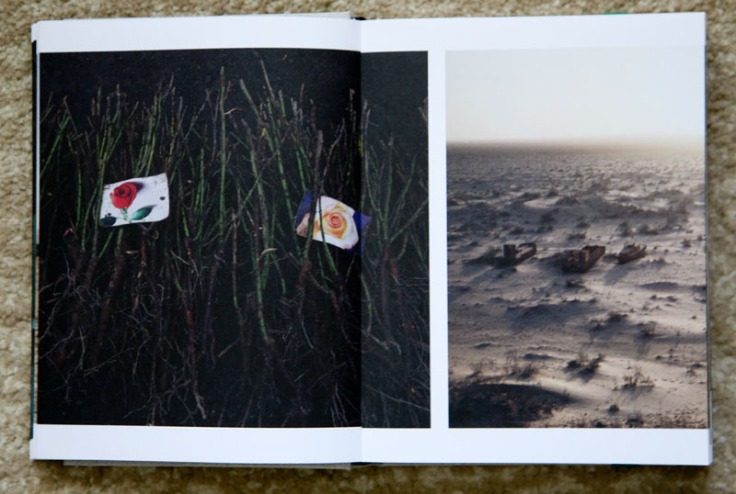 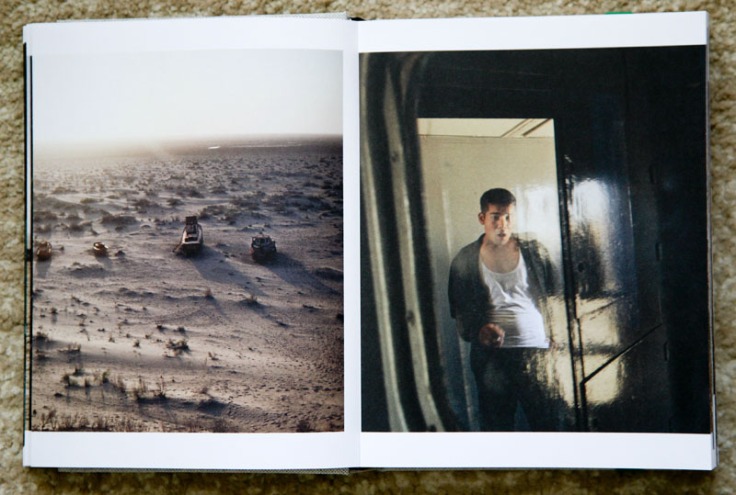 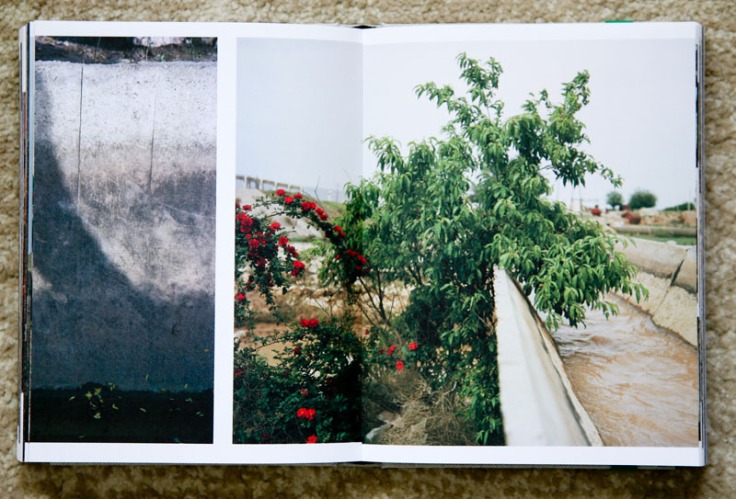 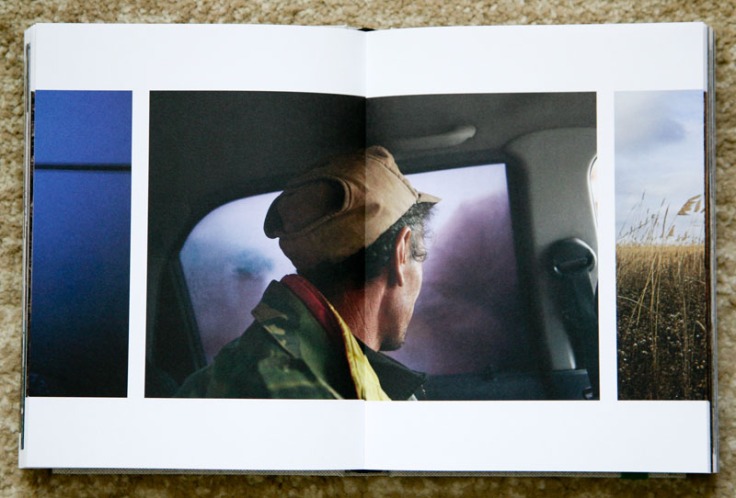 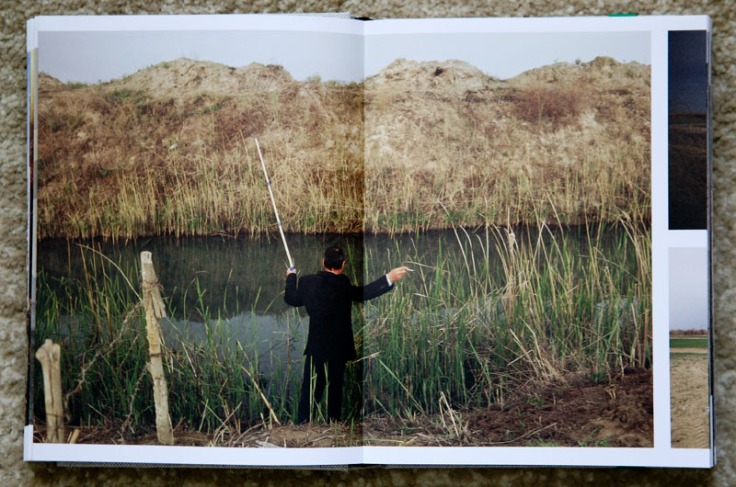 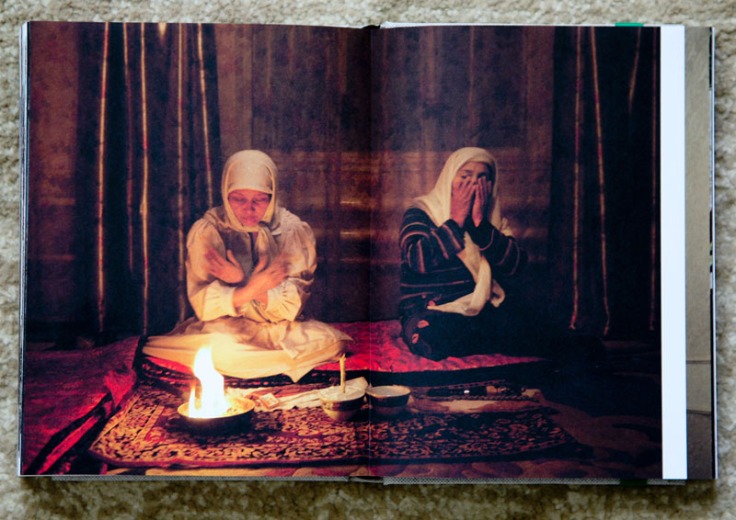 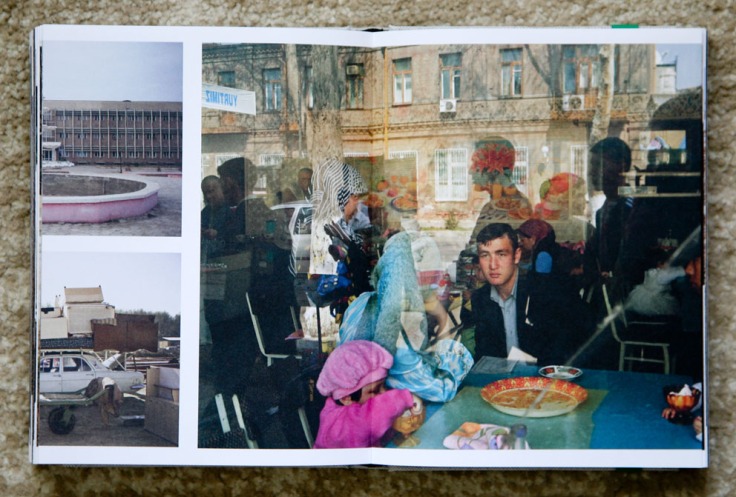 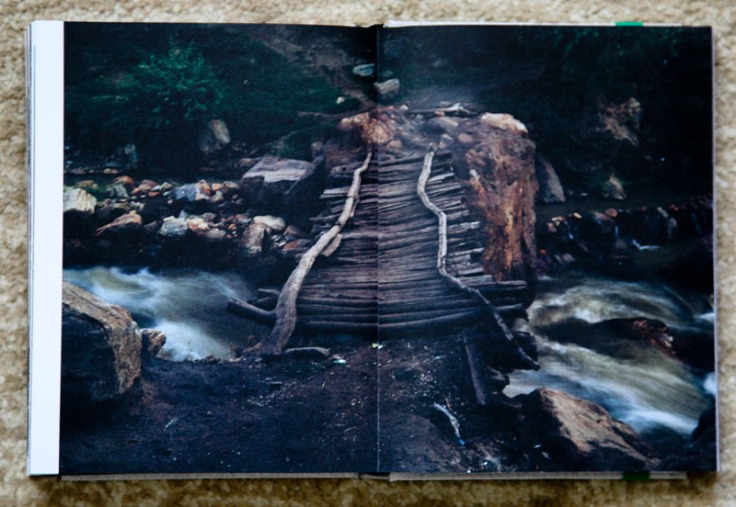 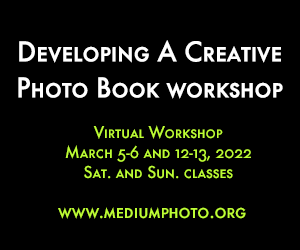