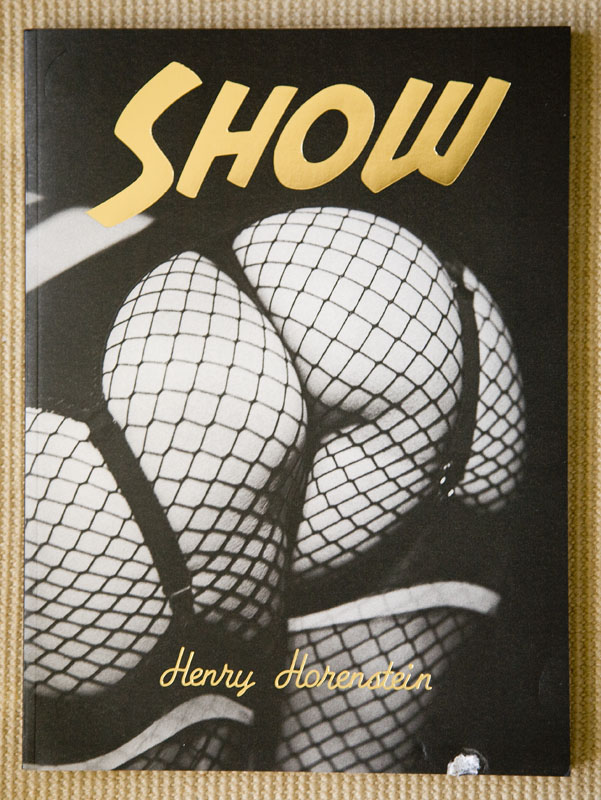 Henry Horenstein is investigating the many small clubs and theaters that recently have become known as places for the performance of neo-burlesque for his latest photobook titled Show. In the United States the neo-burlesque’ roots dates back to the period of vaudeville, when the multi-act format performances were considered “polite” entertainment. In turn, this form of entertainment with the sexual innuendos, has roots back to the days of William Shakespeare’s bawdy plays in Ole England theaters, with the cheap jokes appealing to the rowdy knowledge of the working crowd.

As described by Wikipedia, burlesque is a humorous theatrical entertainment involving parody and sometimes grotesque exaggeration. In Horestein’s Show, we have the double entrant characteristic of the neo-burlesque, everything that can be seen is on show and plainly visible, while the performance itself is defiantly a show to watch.

As evident in Horenstein’s photographs, the current neo-burlesque presents a much coarser material in a very thin veneer of respectability, but usually catering to a variety of bawdry and risqué performances. For the women performers, it usually means incorporating versions of the strip tease as clothing is progressively removed.. Performers attempt to illicit sexual fantasy, with sexually suggestive clothing and performances.

Horenstein does not appear that he is necessarily arguing that male and female entertainers who are engaging in burlesque are continuing a practice that objectifies men and women. His documentary style appears to reveal that many of those involved in burlesque are hard-working performers who are attempting to economically make ends meet. Evident is a raw energy, and not a Broadway production, even if you include the Off, Off, Off Broadway theater. Horenstein photographs the working class burlesque joints, which appear seedy, small, cramped, not high glamour or even equivalent to a B film.

His black and white photographs are high contrast and gritty images, part and parcel the result of the late night environmental and stage lighting conditions. The black and white of the photographs represent the abstract lifestyle of those persons involved in burlesque as compared to those who have a day job. His subjects are the performers and there are only the barest of hints about the audience (yes, pun intended) that keep these establishments and entertainers working. As performers, they know they are being observed and provide direct eye contact with the lens and thus the viewer. They invite close scrutiny; knowing that they are playing to the voyeurism of the audience.

One issue with this photobook is although Horenstein does an admirable job of showing these performers at work, at the end of the day, we still know little to nothing about them as individuals. It is probably obvious that these entertainers are not shy, but rather over the top, nothing that they do provides much to hide. His subjects seem to directly deal with what life has dealt them, such as the poignant photograph of the pregnant burlesque performer., who was photographed in 2008. Her child is now about two years old and you wonder, what is her story, is she still performing, is her child in the back wings of some small theater or is someone at home watching over the child, waiting for her return sometime that night?

With these photographs, we do not become very close to his subjects. We are provided with mostly the public performance, makeup, costume jewelry and outfits, with excerpts from the daily bump and grind. The book is more of a documentary of the performance of the burlesque performers. We are not introduced to them as individuals, sans makeup, and routine clothing. They remain symbols of our fantasy, dreams and maybe even our nightmares. We are provided the performers façade, the surface features of who they would like you to think who they are, versus revealing their true identity. His subjects hide themselves in their surface persona, thinking that if you can see all that you can see, you might not probe deeper into their concerns, fears, delights and worries. These performers remain a mystery, essentially their portraits revealing little about their inner selves as any portrait does. We become fascinated and distracted by their surface contours, which are usually fully revealed and thus distract the viewer from asking probing questions about them, a visual sleight of hand which most of them have probably become very adapt at.

There is a similarity in photographic style on this project as compared to his earlier photobooks, such as Anaimilia, reviewed here. Horenstein moves in close to his subject, to the point of abstraction, to pull out graphic details and abstract a subject that we have thought we were already too familiar with. Rarely do we see the entire person, the framing is relatively tight, leaving most subjects truncated, revealing details that imply something about the individual.

Perhaps as the consummate photographic instructor, Horenstein offers a lesson for those developing a photographic project (and not necessarily with a photobook as an end result). He admits in his end notes that as this project evolved, it has had photographic twists and turns. His project began with environmental photographs using fast 35mm film, fast camera lens in conjunction with push development of the film. This evolved into the next phase utilizing studio set-ups photographing in conjunction with digital photographic equipment. Finally he made the decision to return to the theater environment with film, this time a medium format with flash. While Horenstein was shooting digital, there was also an opportunity to introduce color into the project, but after some consideration, he passed on that idea in order to maintain the consistency of the project in black and white. The project was completed and was held together by a consistent intent and an implied careful post editing.

This photobook is available in a stiff cover edition, a hardcover with slip cover and a limited edition book with print. 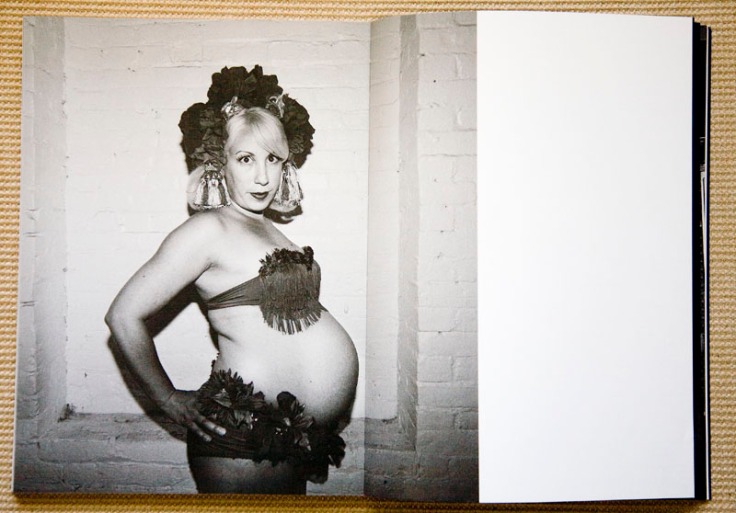 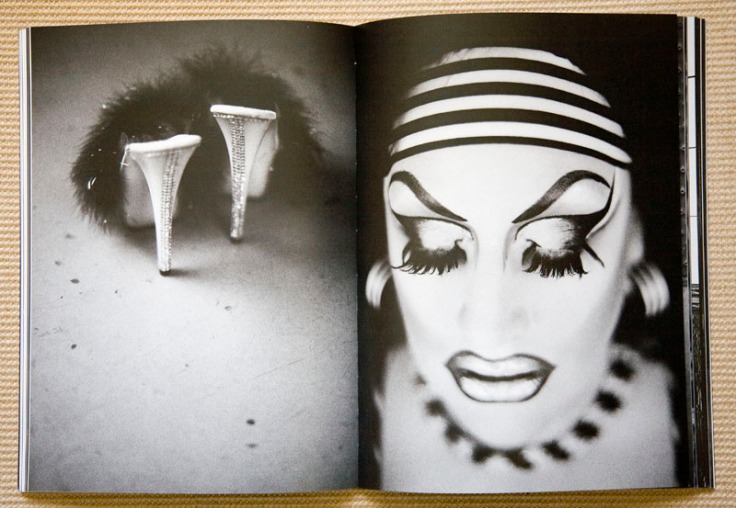 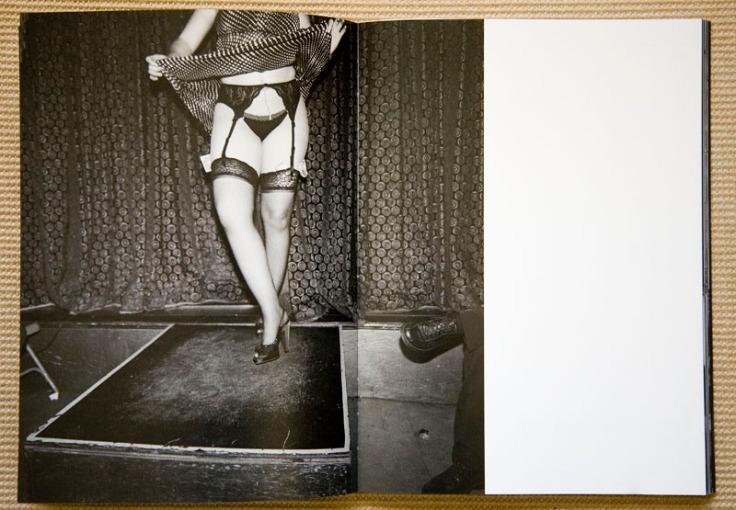