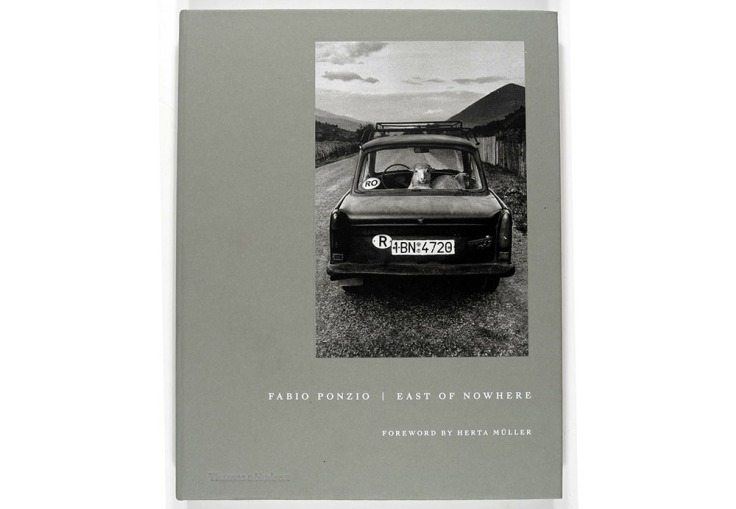 It’s more than a little unsettling to characterize a book which can be described – in the words of its creator – as a “succession of dark days” as lovely. But that’s the first word that comes to mind in looking through Fabio Ponzio’s East of Nowhere. There is a sensual roughness to the materials, to the book as object – the rough papers of the cover and the inner text pages, the pressed-in cover photograph and debossed lettering. The book opens to a Swiss/Euro binding allowing the covers to lay flat. Preceding the plates, we find a foreword by Nobel laureate Herta Muller and an introductory statement by Ponzio.

I think I first felt this unease in looking at Gilles Peress’ Telex Iran and The Silence. How could images depicting such moments of strife and, often, horror be considered lovely? My mentor in graduate school, who introduced me to Peress’ work, said, “He really knows how to construct a frame.” And so does Fabio Ponzio. The opening image recalls Robert Frank’s “U.S. 285, New Mexico” from The Americans, yet Ponzio’s is visually more complex. Both images are vertical, but in Ponzio’s (Armenia, 2005) the road is seen through a car window, cutting horizontally across the frame. The majority of the frame is obscured in black; the outline of a tilted head and ear blocks the right side of the frame and echoes the curve of the road ahead.

My association of Ponzio’s photographs with those of Robert Frank and Gilles Peress is not a criticism or dismissal of these images as derivative. On the contrary, these links are seen only as entry points toward understanding these visually beautiful images and their immense sadness (in this respect, one might also think of Luc Delahaye’s Winterreise [2000]). Here I am led to my final connection or “clue” in trying to “unravel” the mystery of East of Nowhere (and what does this title suggest, if not a mystery?). In Abigail Solomon-Godeau’s 1994 essay “Inside/Out,” she challenges the conventional notion of photographers as “insiders” (photographing people and places with which they are familiar – think of Nan Goldin or Larry Clark’s Tulsa) or “outsiders” (photographing the unfamiliar or “other” – Solomon-Godeau suggests Diane Arbus as an example of a photographic “outsider”). Rather, Solomon-Godeau concludes by offering a “third way,” asking, “might it conversely be the case that a photographic practice that affirms its own implacable exteriority yields a certain truth of its own?”

As examples of this “third way” she offers The Americans, the suburban landscapes of Dan Graham, the “inventories” of Ed Ruscha and most significantly Chantal Ackerman’s 1993 film D’Est (To the East). The distanced observations Ackerman shows us as she travels east, from summer in East Germany to the depths of winter in Moscow, Solomon-Godeau describes as “mute observations .  .  . a series of long looks .  .  . seemingly nonselective .  .  . passive.” While the implied narrative of East of Nowhere recalls that of D’Est, Ackerman’s distanced, neutral images are quite distinct from those of Ponzio. As he writes in the Biography found at the end of the book:

I began to identify my own defeats with those of the people of the East, and as a result to think of them as my people .  .  . Their portraits here hung on the walls of my house for years, and I have spent entire days and nights searching for a sequence and a sense.

This search for connection through photographs – imperfect and ultimately impossible as it may be, is ultimately what Ponzio gives us in these lovely and heartbreaking images.

Foreword by Herta Muller; Introduction and Biography by Fabio Ponzio 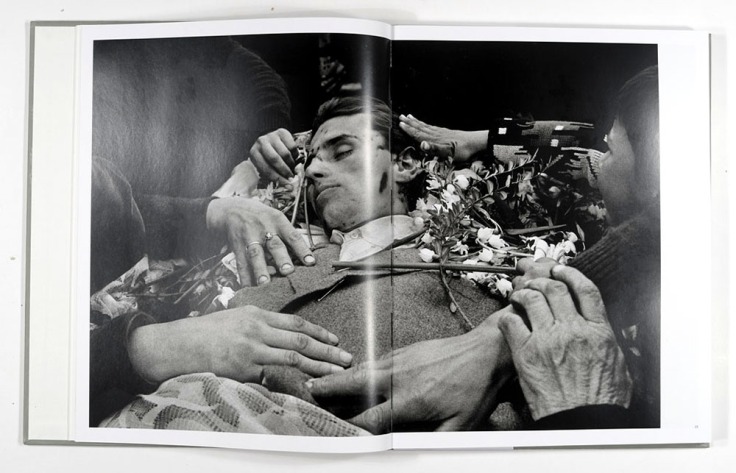 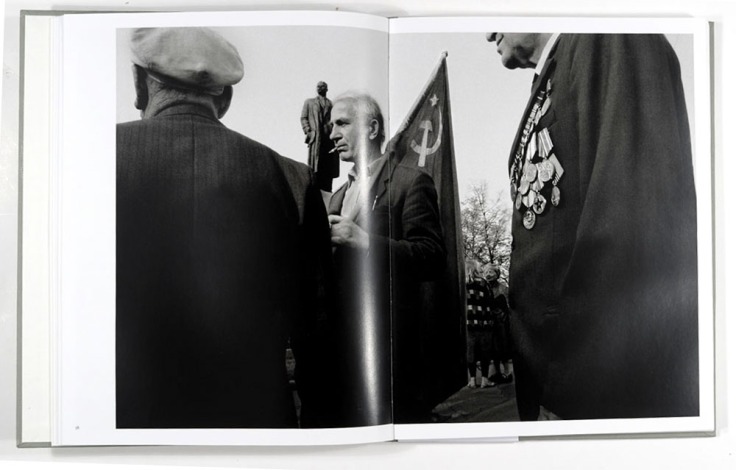 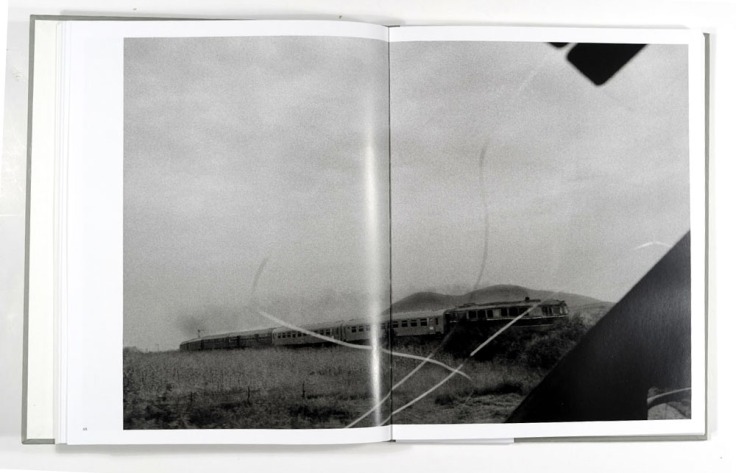 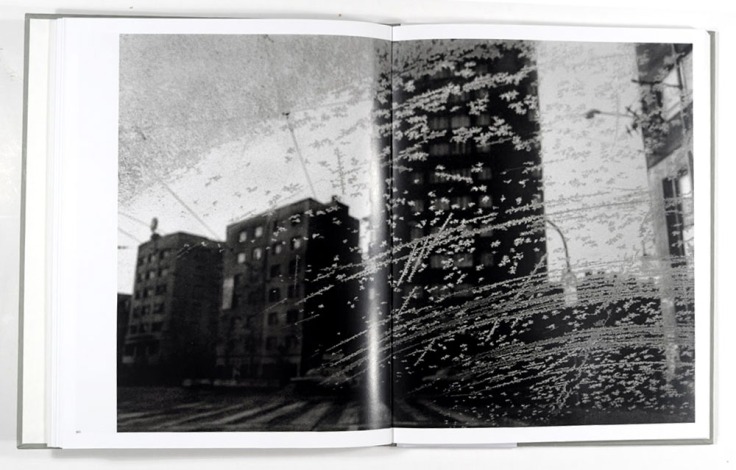