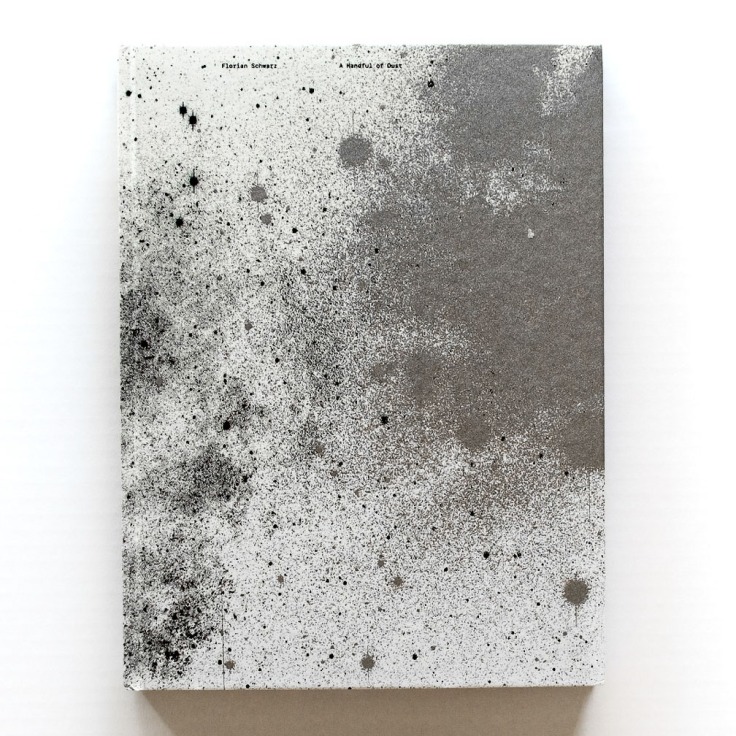 German photographer Florian Schwarz takes on the entire universe in his new book A Handful of Dust.

Schwarz spent four years traveling to observatories in some of the most remote places on Earth. These observatories, operated by the Las Cumbres Observatory Foundation (LOC) in Santa Barbara, span the globe to allow for uninterrupted viewing of the night skies in both hemispheres. But this is not an astronomy book or a showcase for contemplating the billions and billions of stars in the sky. Rather, Schwarz combines distant views into space with close-up views of the people and communities in the areas around these observatories. The result is his collection of free-association musings on humanity’s place in the universe.

The central metaphor is set by a famous image from the space probe Voyager 1, looking back from nearly 4 billion miles away and showing Earth as a tiny blue dot. It’s followed by a Carl Sagan quote noting that “every saint and sinner in the history of our species lived there — on a mote of dust suspended in a sunbeam.”

Schwarz establishes the extraterrestrial context for the book with images from the telescopes and webcams of the observatories. Then his own images explore life on Earth, or even far below it.

There are environmental portraits, landscapes, nature studies, abstracts, close-ups, and distant vistas. Schwarz plays with contrasts: “far off” could be the other side of the hill in South Africa, the bottom of a gold mine in Chile, or a distant galaxy. Small specks could be stars, waves on the ocean, buds on a branch, or patterns on a carpet. Art historian Boris van Brauchitsch says in an essay at the end of the book that Schwarz “sees the world as a cabinet of curiosities.”

The images are printed large — full spread images stretch 12 by 16 inches. The pages themselves have differing textures and hues, ranging from conventional coated paper to black or silver matte paper to brown card stock. Interspersed are text pages with his poetry and journal-like entries about places he visited.

The book ends with essays that provide more context about the project. The essays are printed in both German and English, except for a 21-page final essay that is presented only in German. Whatever insights it contains remain a mystery to the Deutsch-impaired. But the imagery stands on its own, giving us a singular down-to-earth perspective on the universe.

A Handful of Dust, Florian Schwarz 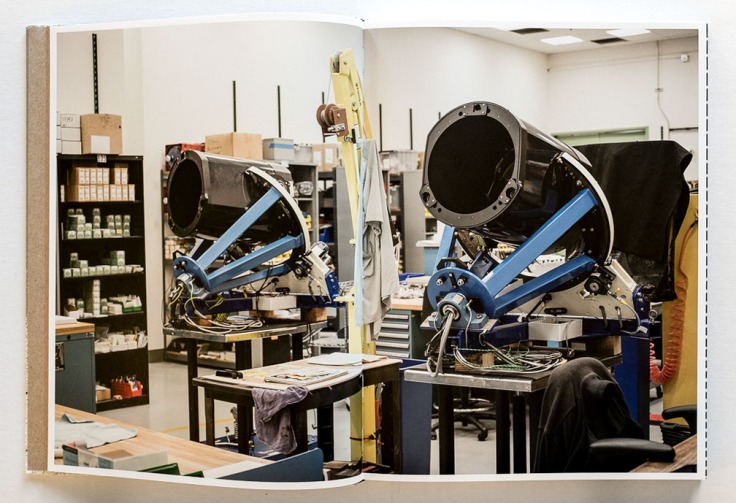 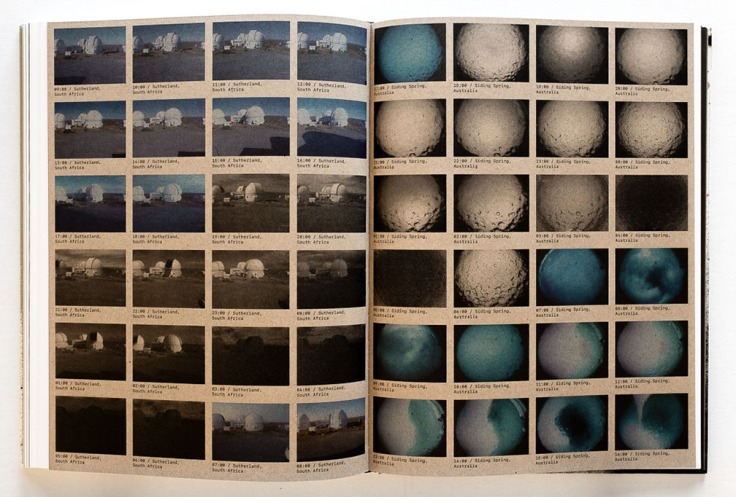 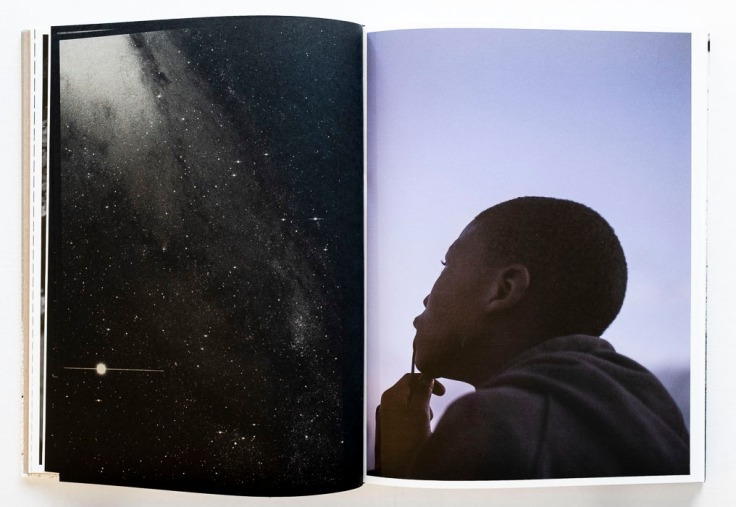 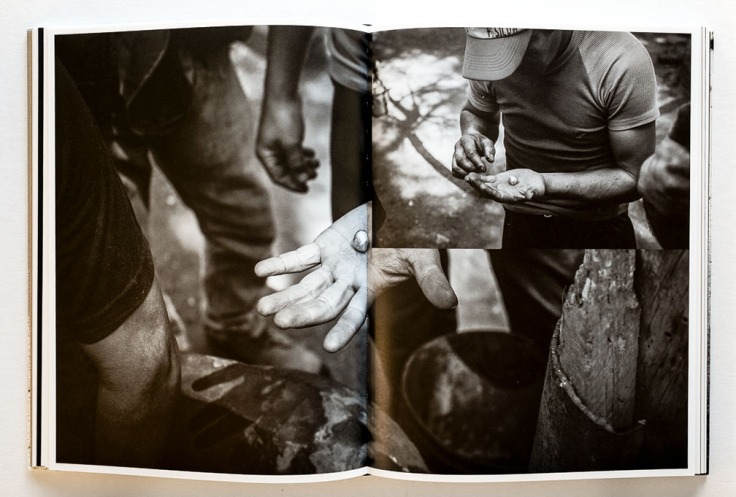 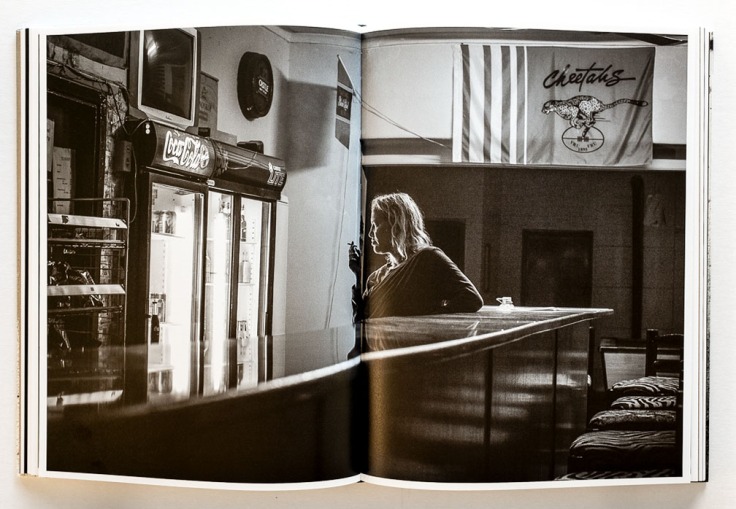 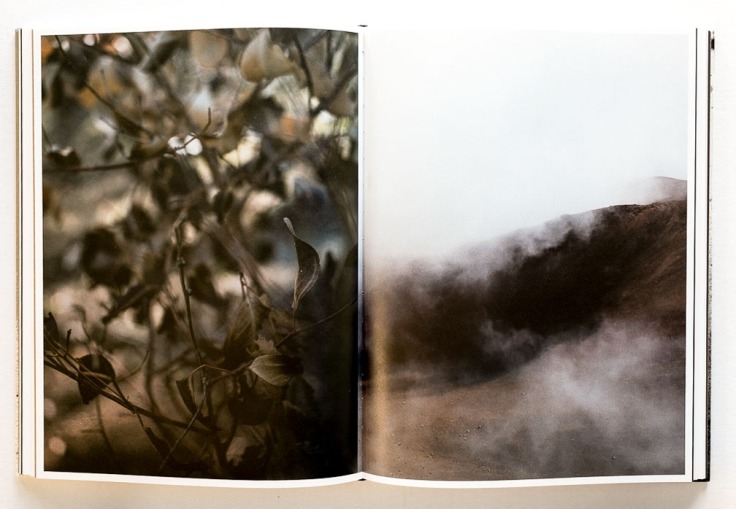 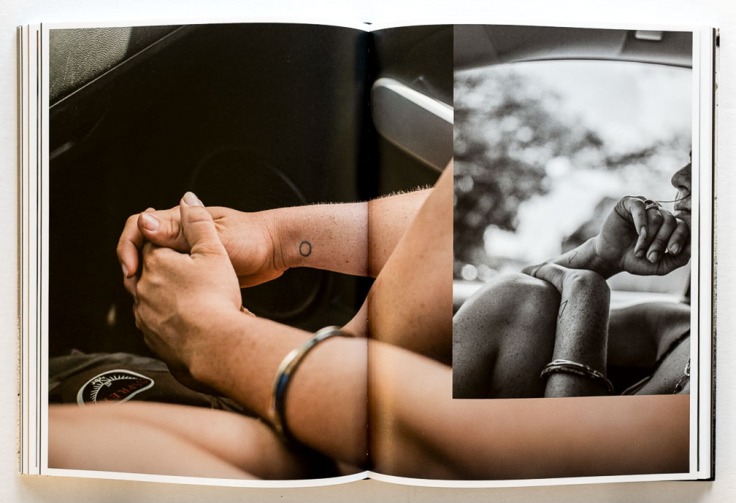 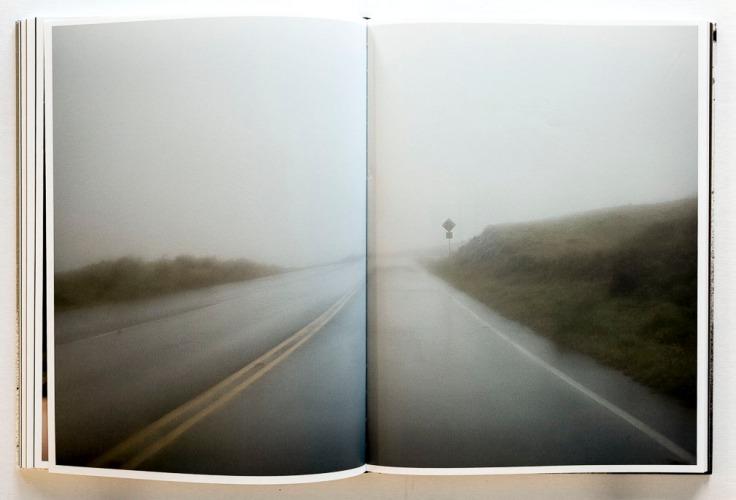 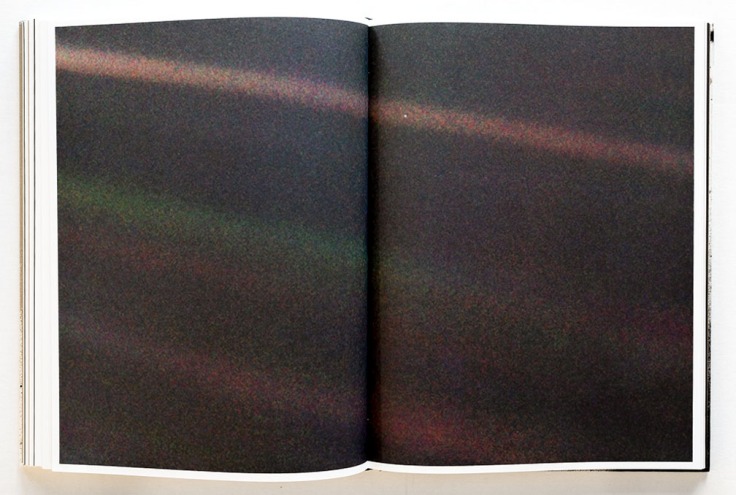 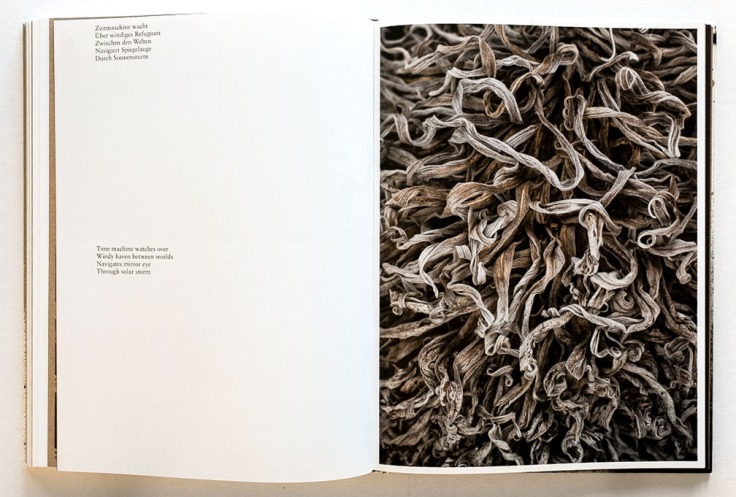 One thought on “Florian Schwarz – A Handful of Dust”