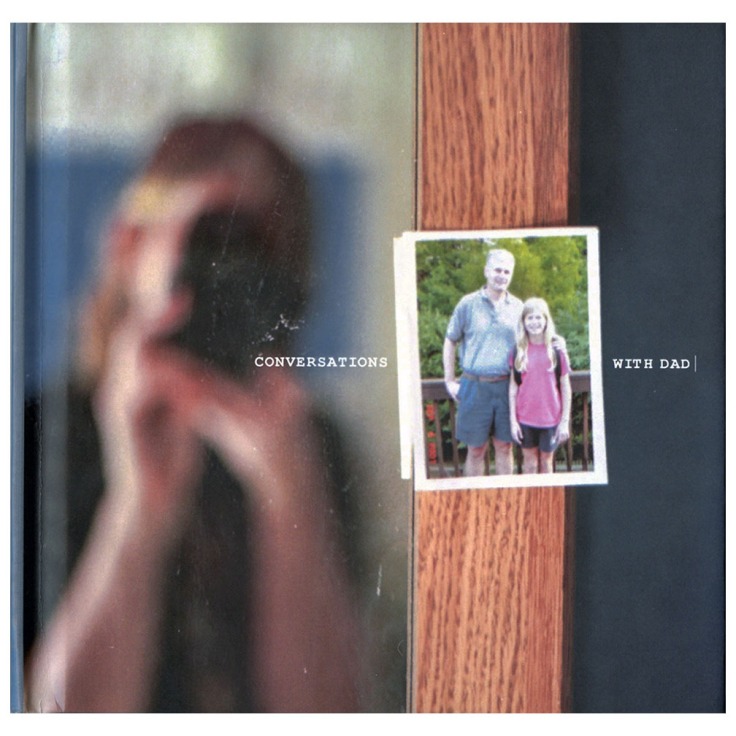 As we all know, communicating with one’s parents can be a challenge, not only in our early years, but later on as well. Often the verbal exchanges are limited to mostly necessary everyday topics and take the form of very limited small talk, and other kinds of interaction can also be of a limited nature. Later in life, we and our parents are in different worlds, and there can also be other kinds of geographical and emotional barriers that provide serious limitations. Lucky are those who share a creative pursuit with the older generation. With Carissa Dorson and her Dad, the visual dimension suddenly developed as a fruitful alternate channel of communication.

Carissa came upon the idea of going beyond the verbal, sending photographic prompts to her Dad, who also shares her interest in photography. Each prompt, accompanied by a short email, was intended to solicit a response from Dad, whose photograph was in turn responded to by Carissa, and so on, resulting in a series of exchanges of visual and verbal communication.

We the viewers and readers are fortunate to be able to share this back and forth exchange. The details of a relationship between daughter and father are revealed beyond what would have been possible with words alone, as content as well as forms, colors, compositions are a gateway to two lives that now are separated by a whole continent, yet very much intertwined genetically and emotionally. The photographs and words that go with them provide a more comprehensive understanding and let us surmise and generalize about our own relationships as adults with our parents and with others as well.

The visual conversation sequence between Carissa and her Dad opens up topics that were previously difficult to verbalize. For instance, it is a way to share everyday activities and concerns from one coast of the continent to the other. It is a way to open up about hitherto possibly uncomfortable topics, such as Dad’s military service. For instance, by him showing her an old photo of a fence with the unknown cold winter behind it: being a soldier always involves confinement and forging ahead courageously into the unknown; he is sharing some of his previous experiences and the emotions that went with it — something he did not talk about before. Carissa’s response with a similar photograph is her visual acknowledgment of her father’s experiences; in this process she also seems to be sharing that her current life is full of barriers too, which take courage on her part to overcome. Of course it is also a way of sharing visual creativity and aesthetics.

The importance of these kinds of photo conversations between two people is that impressions and feelings can be shared and self-disclosures can be made about past and present moments through visuals without the need for tedious verbal exchanges.

In an afterword, Carissa’s Dad recommends this visual sharing process for others that don’t communicate much or who are at loggerheads with each other, such as our national politicians, as their process of communication may suddenly become more productive, as if by a miracle. I fully endorse this idea; even though it is harder to honestly share what makes you tick than to criticize the other person for being slightly different, in the end this process brings people closer together.

This outstanding photobook was juried into the first annual Photo Book Exhibition of the Los Angeles Center of Photography this fall.

P.S. Since the “other” figure in this two-person play is not named, but is by derivation cast in the role of “Dad,” I have chosen to ignore orthographic convention and have capitalized him at all times. Dads are far too important to be written in lower case, don’t you think?

Photographer and Author: Carissa Dorson (born in Boston, Massachusetts; resides in Los Angeles, California, USA), with responses by her Dad

Essays: Statements and emails by Carissa Dorson and her Dad