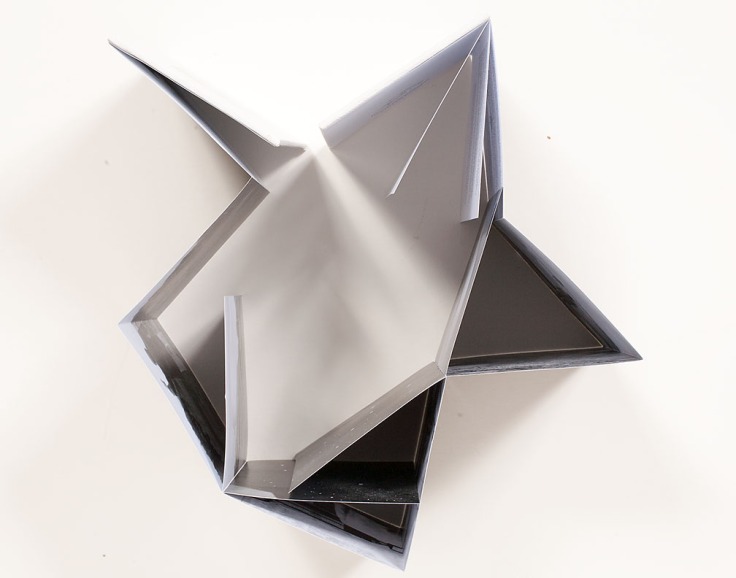 Notes: In the Greek mythology there was Icarus who upon being gifted with wings from his father and then learning to fly subsequently flew too close to the sun and perished. “J.B. about men floating in the air” was inspired by the story of two Lithuanian-American pilots who tried to set a new world record by flying over the Atlantic into Eastern Europe in the early 1930s. Regretfully like Icarus these two airmen did not reach their goal and perished in the process. Subsequently Joseph Brodsky wrote a short passage about their attempt;

…over the Baltic wave,

though not as vulnerable.

which inspired Borissova to artistically created her own “parallel world”.

“My story is about the dream of every person to break out from the vice of all kinds of prohibitions and fly away to a distant unknown in search of unlimited freedom and find there his true motherland and real home.”

This small book is another brilliant body of poetic work by Borissova and a fascinating mashup of made, staged and found photographic materials. The unhinged Leporello book design (see the top view of the book above) allows the reader to start from either end of the book (printed on both sides of the sheet) and create multiple stories as it may seem that one side of the book with the introduction is the start of the book, but not necessarily. Sewn into the book are numerous multi-page gate-folds that reveal and conceal various aspects of Borissova’s layered narrative. A very delightful read.

Borissova reminds of us that at one time or another in our lives we probably wished that we could just fly away and leave the complicated messes of life behind and perhaps if not start anew, at least obtain a temporal breather from current events. We also need to consider the potential consequences if we were to fly to close to sun or beyond our capabilities in doing so.

Other artist books by Julia Borissova feature on The PhotoBook include: Dimitry, DOM, <address>, & Running to the Edge. 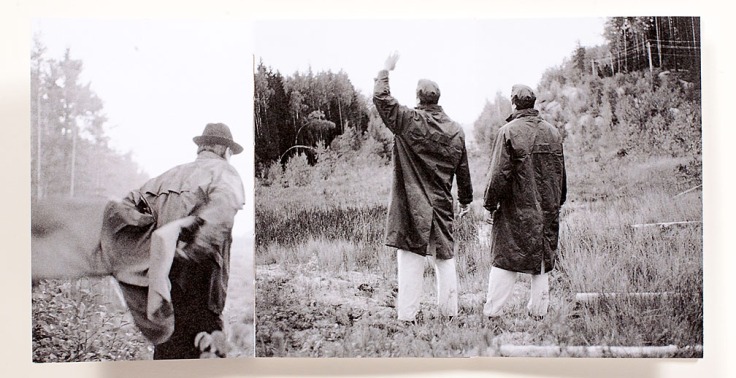 4 thoughts on “Julia Borissova – J.B. about men floating in the air”