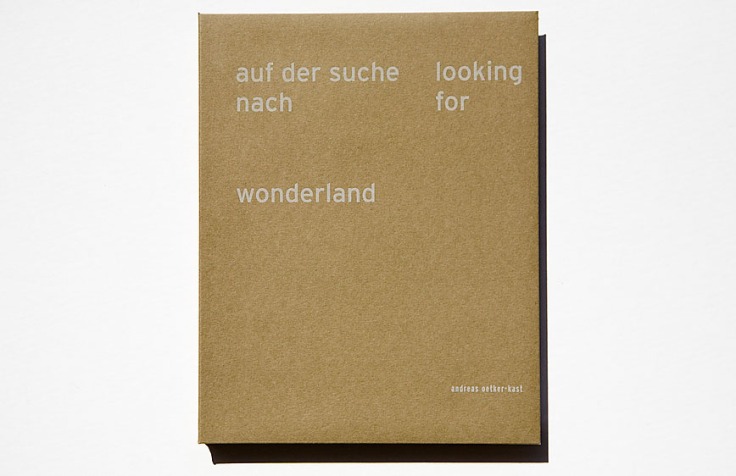 This photobook is photographed in a documentary style and could be considered a quintessential American Road-Trip, perhaps without the same amount of angst as found in Robert Frank’s The Americans. Both Frank and Andreas Oekter-Kast (Born 1964, Baden-Baden, Germany, currently lives in Kiel, Germany) are Europeans who are examining the American landscape and culture, with Frank originally from Switzerland and Oekter-Kast is from Germany. Much has occurred in the span of fifty-five years between the publications of their two photobooks.

As Oekter-Kast has shared in our exchange while I prepared this review; this is actually a road trip that was envisioned in 2001. At that time, he and his family had moved to Seattle from Germany and was now required to relocate to Boston, MA, but regretfully, time was of the essence and the ensuing drive was rushed. Since then, he has since moved back to Germany but this missed opportunity was omnipresent to both he and his wife’s mind and then they had the opportunity to recently revisit this journey.

Oekter-Kast and his wife were able to restart this journey in Seattle, visiting their American friends in conjunction with a strong desire to really see America. This road trip narrative is about making connections, with the past and the present while investigating what home is, having earlier made some strong connections in American while now living in Germany.

The itinerary was to meander from Seattle (WA) south through Portland (OR) to Northern California, then a hard left turn towards Chicago (IL), passing through Nevada, Utah and Wyoming before moving South into Illinois and Chicago then again due East to New York City (NY), up to Boston (MA) and return back to New York for the flight back to Germany.

So did Oekter-Kast find the Wonderland he was looking for? Perhaps. This photobook is a bit of diary that documents a personal quest and I suspect that he and his wife did experience more the complexity, contradictions and vastness that encompass the vast amount of space that we call America. It is evident to me and perhaps to the reader that he found some touchstones, some in small details, and others in his attempt to capture the grand landscape. Not an easy task to accomplish in a short span of time.

Having lived and worked in America for a while, Oekter-Kast is not a complete stranger to this complex culture and multi-faceted landscape, but yet it is still evident to me that he has perspective of someone who is somewhat a stranger in a very strange land and leaves us with something new to consider.

This is a stiff cover book that is encased within a printed paperboard sleeve that also holds an accompanying DVD in an opposing pocket. The photobook/DVD sleeve is further packaged within a printed and embossed paperboard slip-cover. The text is in German and English, while the DVD has German subtitles. The introduction is provided by Richard Tooke and essays by Oekter-Kast. The filming for the DVD was by Angelika Oekter-Kast and co-edited by Andreas Oekter-Kast. 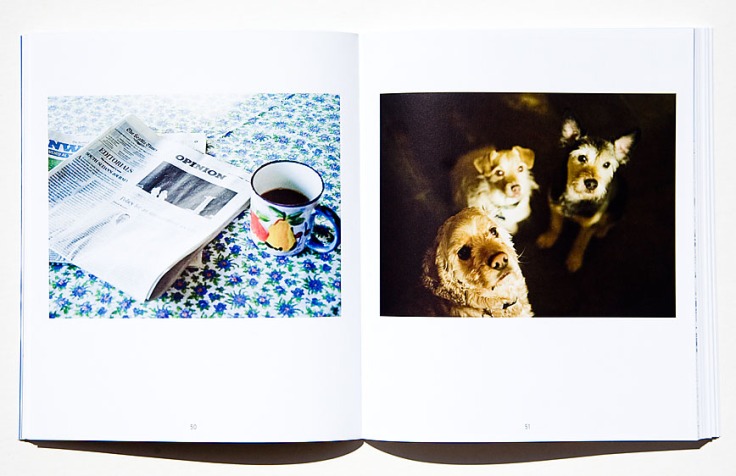 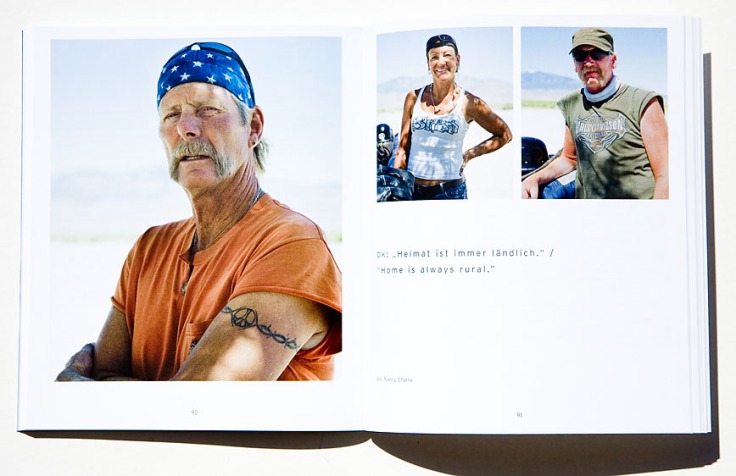