Woodside reveals a whimsical and satirical side in his documentary of the effectiveness of the car covers. He photographs covers that barely conceal a vehicle, covers that are providing an ineffective concealment, or a car that is in such a deplorable state of condition that the reader wonders why this car needs any protection whatsoever. His secondary narratives include the mystery that surrounds these concealed cars and calls into question the car culture of Southern California.

This type of stiffcover book publication is commonly referred to as a Zine, which utilizes the saddle stitch (staples) binding common of many early magazines. Interestingly, many large circulation and popular magazines today have stiff covers and due to the quantity of pages, are perfect bound (hot glue) and have an actual spine. Zines usually do not have a spine as a hardcover book might and by nature of their binding, usually lay very flat.

The book does not include pagination, captions or text.

FYI, the second image below includes Woodside’s signature which I acquired during the recent LA Art Book Fair. 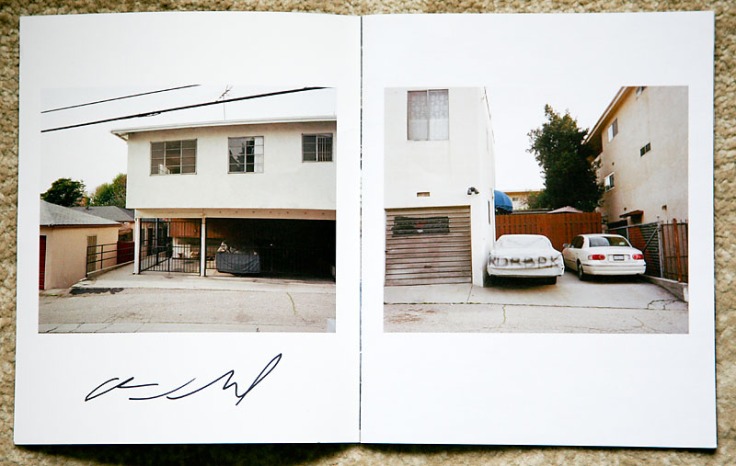 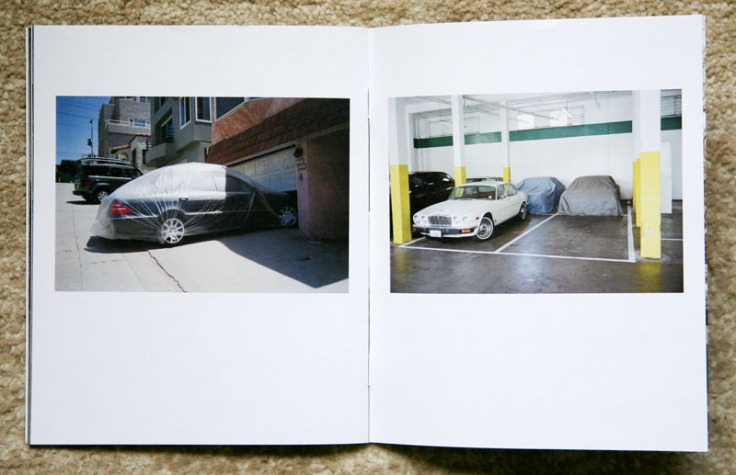 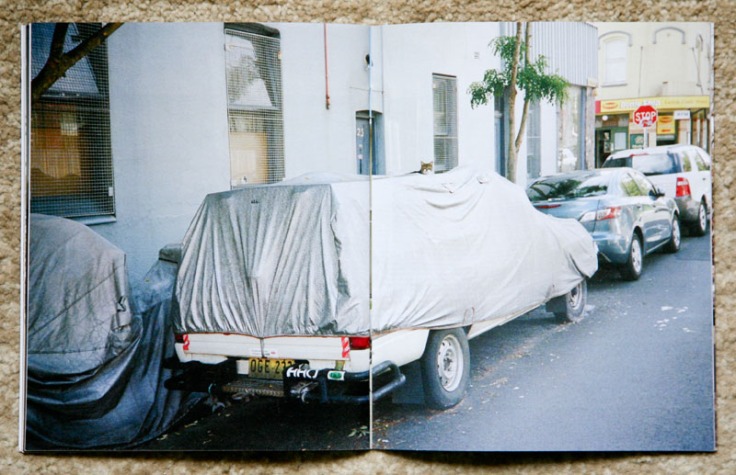