At first, the cover image was vexing; why an individual might be photographed with his head “cut-off”? Then serendipity in the timing of my recent review of the Tall Poppy Syndrome by Amy Stein and Stacy Arezou Mehrfar. This individual represents a successful business leader, thus he is a tall poppy that needs to be taken down to size. Brilliant!

As Robert and Shana ParkeHarrison later developed the character of “everyman” in their epic photobook “The Architect’s Brother”, likewise Griffin develops a metaphoric collective portrait of “everybusinessman”. His subjects play various parts and roles in the theather of business life; a business man who would rather be out playing golf, a behind the back attack of a business associate, the overlapping time constraints of a hectic meeting schedule, the endless juggling of tasks, or an anonymous corporate talking head. Although this project was created in the 1970’s, the life of a everybusinessman has not changed much in the ensuing years.

This stiffcover book is the sixth edition of the Editions Bessard ZINE Collection. It is nicely assembled with a European saddle stich (with exterior loops), although the black and white plates have a low contrast, with the darks not really becoming a rich black. There is also a limited edition color print with this edition, glued into an inside page. Initially reading this color photograph (below) did not prepare me for the ensuing black and white project. This color photograph creates an odd but yet very interesting juxtaposition. 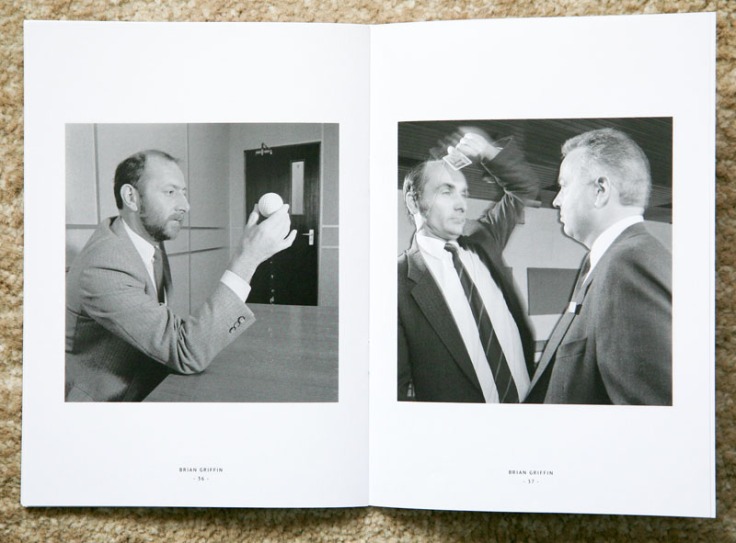 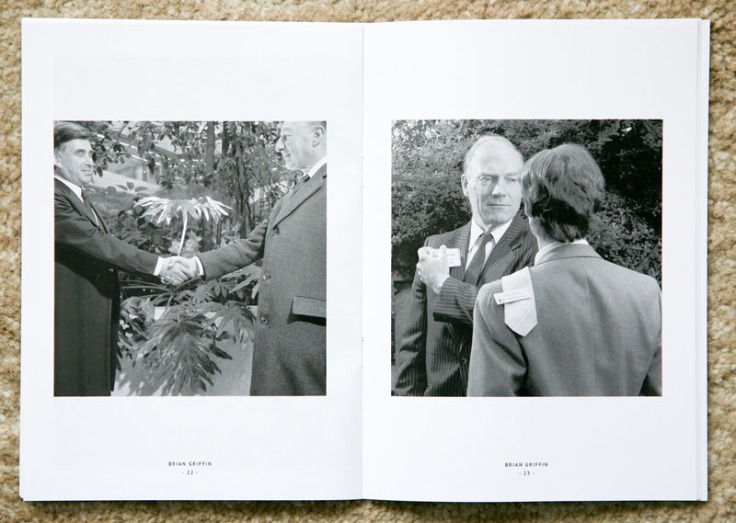