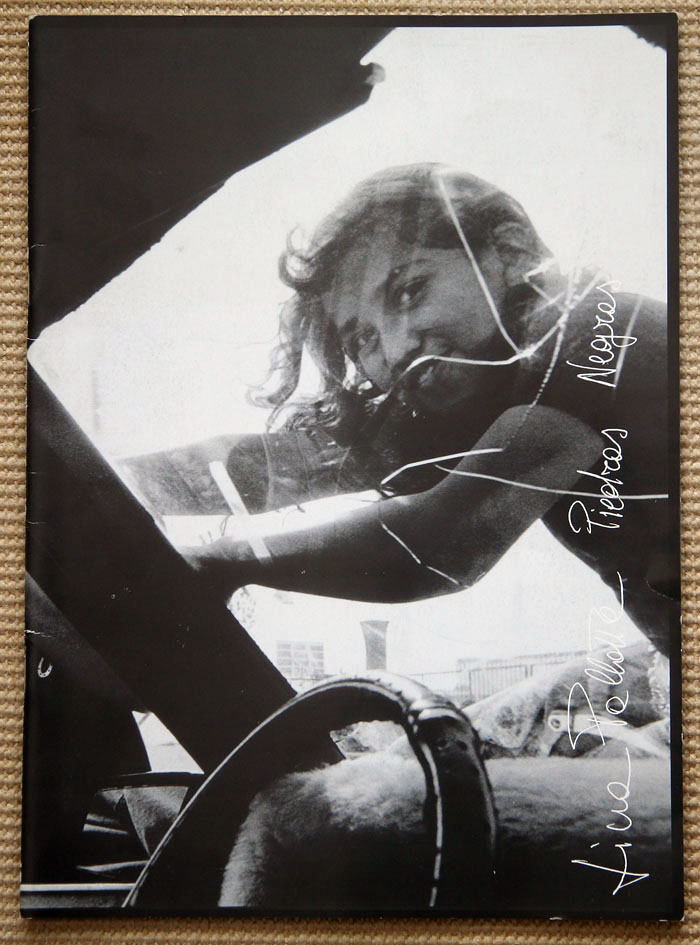 Piedras Negras (Black Stone) is a Mexican border town situated adjacent to Texas and Southwest of San Antonio. Similar to other border towns, Piedras Negras has an economic zone called a maquiladoras, where manufacturing operations are performed for U.S. companies. The Maquiladoras exist to take advantage of the lower wages paid to Mexican workers for labor intensive work.

Pallotta explains in her brief statement, “My first impulse was to explore the life of women as workers. Yet, when I saw the pictures, I realized that social concerns were not enough to explain the feelings of the images. They resonated inside me as a mirror of my own memories. The maquiladoras project enabled me to see the connections between my world, Southern Italy, and Mexico based on the struggles of women and their strong bonds with each other.”

There is only a brief passing photograph of a woman working within a maquiladoras and does not provide much context as to what working inside one of these vast factories may entail. Instead, Pallotta focuses on the cultural aspects of the women outside the factory, at home, in transit, or socially interacting amongst themselves. She portrays a mash-up of moods and a range of emotions expressed by her subjects. In viewing her photographs, we can compare and contrast with our own experiences and perhaps detect that Pallotta might be exploring a broader universal theme of woman-hood.

The stiffcover book has a layout design to maximize each photograph, with each image spread across a double page, providing impressive 19” x 13” photographs. The saddle stitch binding and precise printing allows none of the image content to be lost in the gutter. The only issue I have with this thin photobook is the low contrast printing, lacking rich blacks and white specula highlights, giving a dull and grayed down feeling to this body of work. 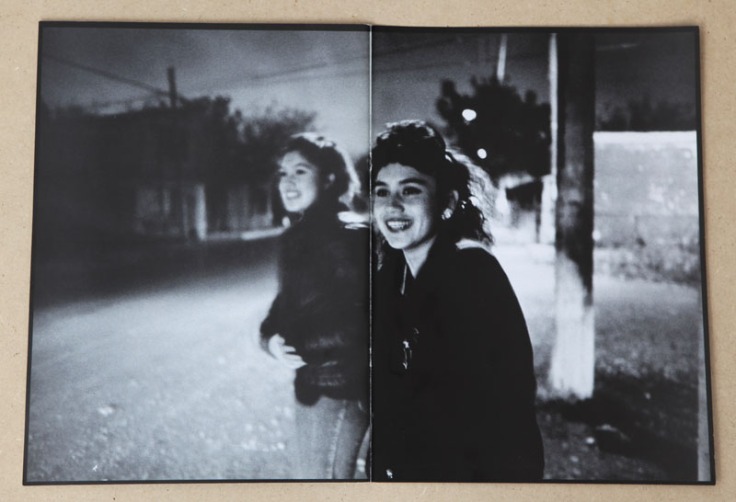 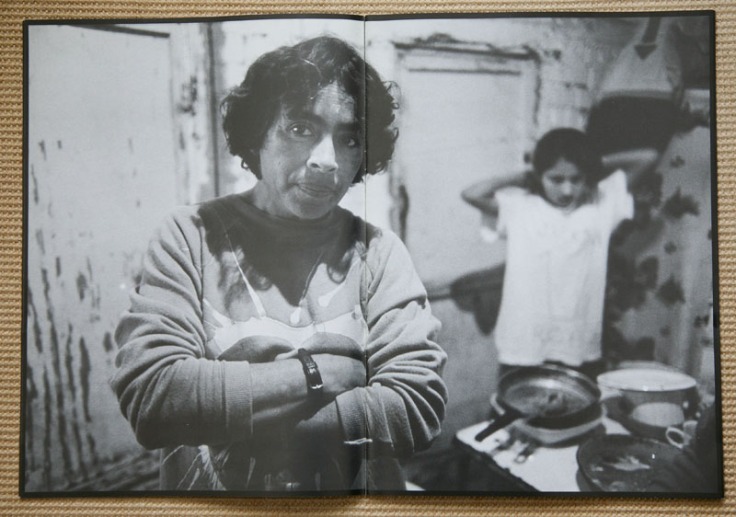 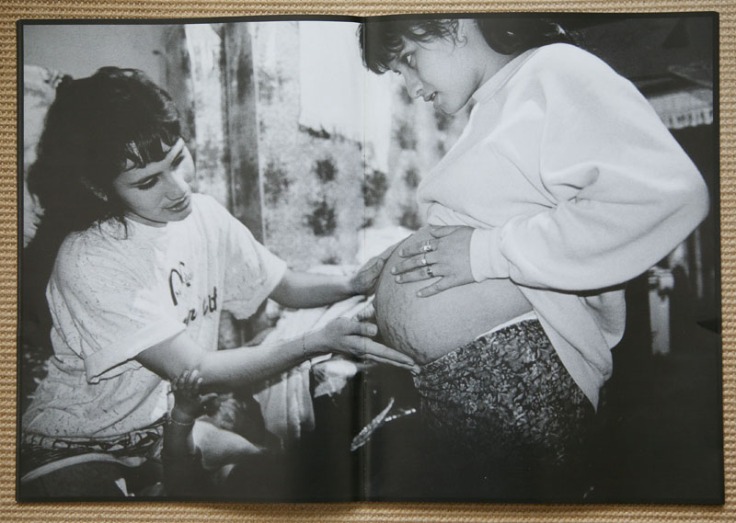 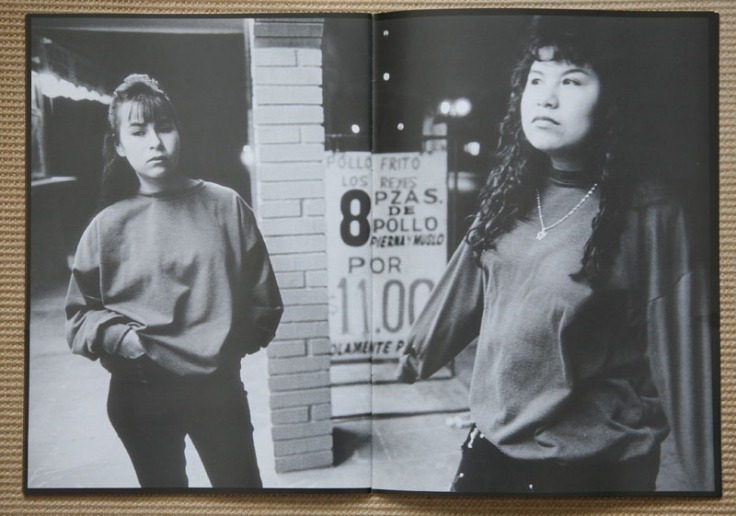