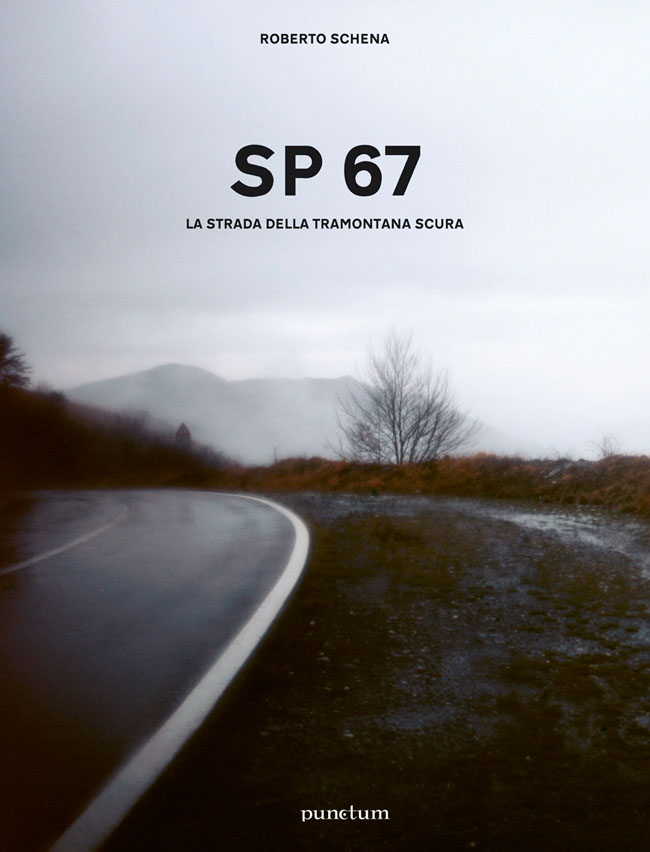 Road Trip is what immediately comes to mind when reading Roberto Schena’s recent photobook SP 67. In the U.S., the words Road Trip creates a vision of traveling on the famous US roadway Route 66 that stretches across the United States, starting in Chicago, Illinois and ending at the ocean front of Santa Monica, California. While those idealistic images were forever tainted with Robert Franks’ dark travelogue of The Americans, Roberto Schena now takes the viewer on an even mysterious journey.

The one digit difference between these two roadways is significant, as SP67 is a diminutive 13 kilometers in length, known as La Strada Della Tramontana Scura (The Road of the Dark Wind). SP 67 snakes through the upper reaches of a mountain and has a nasty reputation for some unpleasant weather conditions, creating an opportunity for Schena to investigate a dark and troubled narrative.

The subject of Schena’s lens is the atmospheric conditions found when the dark wind blows through this region, when low clouds obscures much of the landscape in a dense shroud of fog. To increase the ambiguity and increase the moodiness of this place, Schena frequently returns at dusk that in turn, recedes into a pitch black night. He follows this short road on a metaphysical journey, in which the landscape oscillates between the moody and the lyrical with brief glimpses of mysterious creatures that appear to dart in and out.

As an allegory for life’s journey, this narrative explores when life’s events do not go as planned. The road way is obscured in most instances, thus a difficult journey in which one needs to literally feel their way forward, unsure if they are making progress or losing ground. In such conditions it can be difficult to discern landmarks and signposts, which leave the viewer with few clues and very disoriented. What remains of the visible terrain is not well-defined and appears eerie and spooky, as if the woods are haunted by wild beasts, which in fact are roaming just beyond the edge of reason.

The photograph of a car wreck is a not so subtle allegory for a damaged and wrecked relationship, an experience that became a personal tragedy or has gone very wrong and awry. The abandoned carnage of this wreck is now beside the road, overgrown, the metal rusting and deteriorating with time. The road (way) as representing the future is not certain, which is lost in the shadows (troubles) & midst (angst).

I will give Schena his due to journey out into to these nasty conditions to create this moody narrative. As of late I am personally becoming less of a fan of foggy driving conditions, least those entailing a curvy and dangerous venture up into the mountains.

This hardbound book as an object is interesting, while the printing is really gorgeous; the binding is a little perplexing. The book binding is tight such that the full bleed photographs that span the two spread become a bit disjointed as the photographic content seems to become lost inside the gutter. Interestingly, this adds an interesting aspect to this mysterious book; the slightly disjointed images create an almost physical tension and seem to work with this project. What is not as apparent is that this visual effect was created by design, nevertheless like all works of art; serendipity, when viewed properly, can sometimes work to advantage. 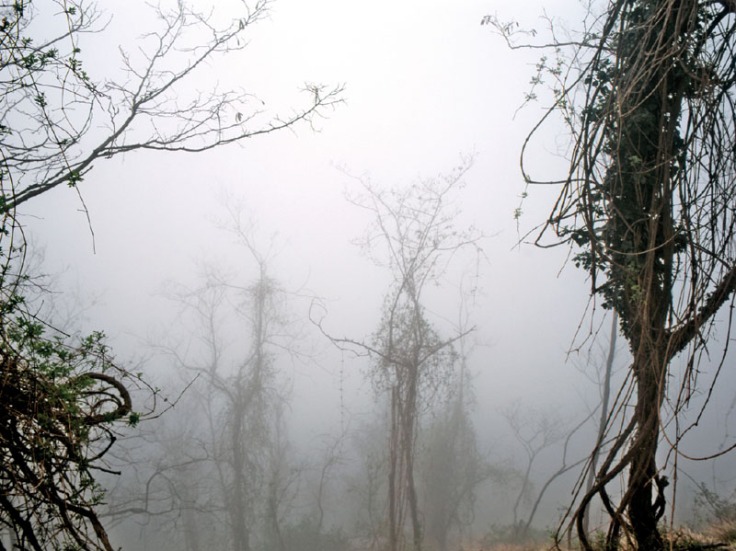 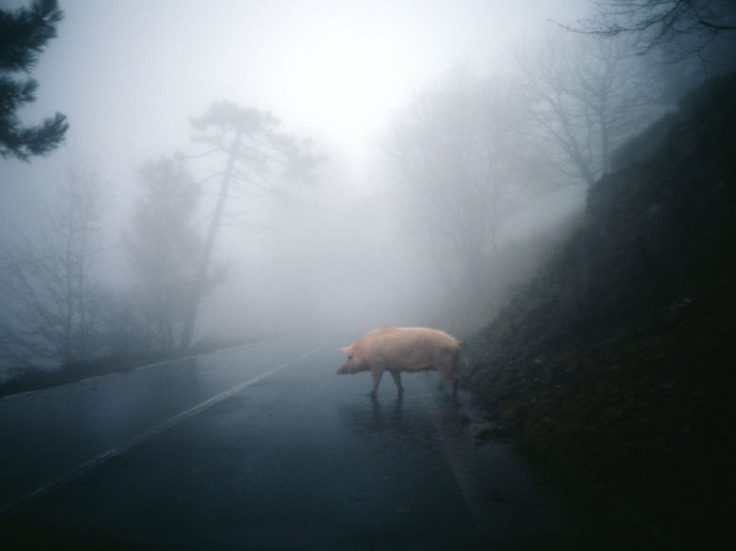 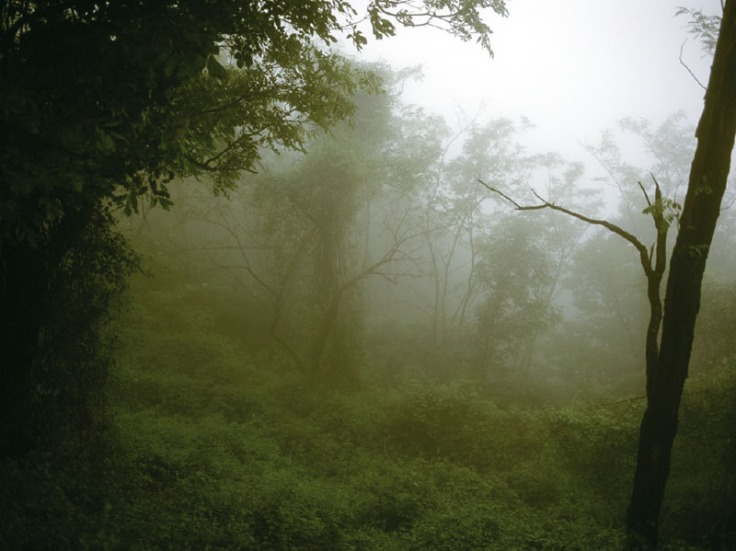 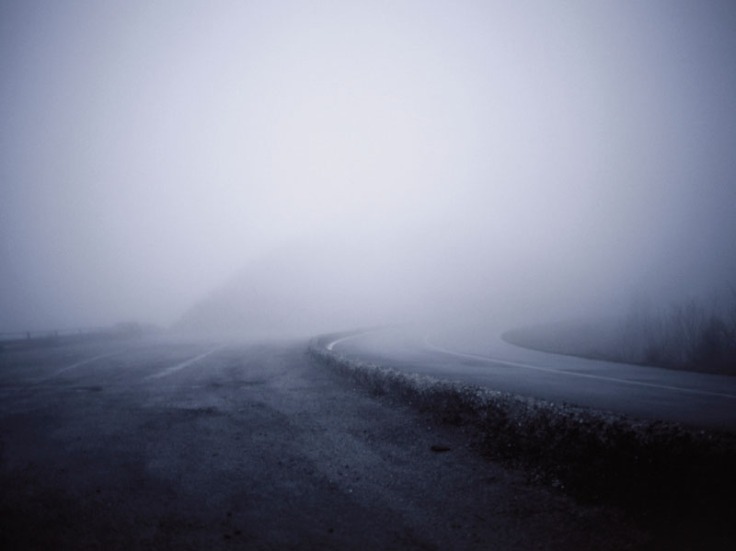 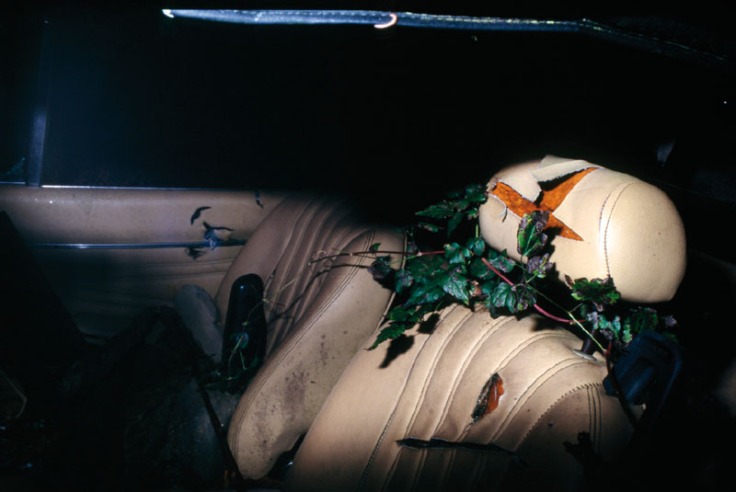 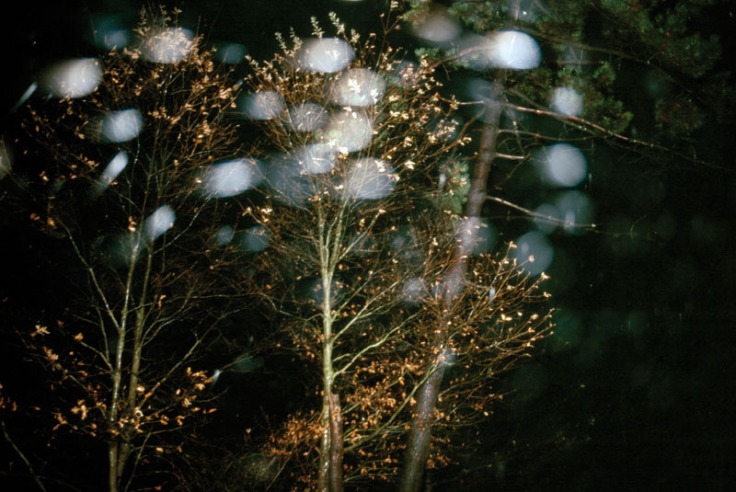 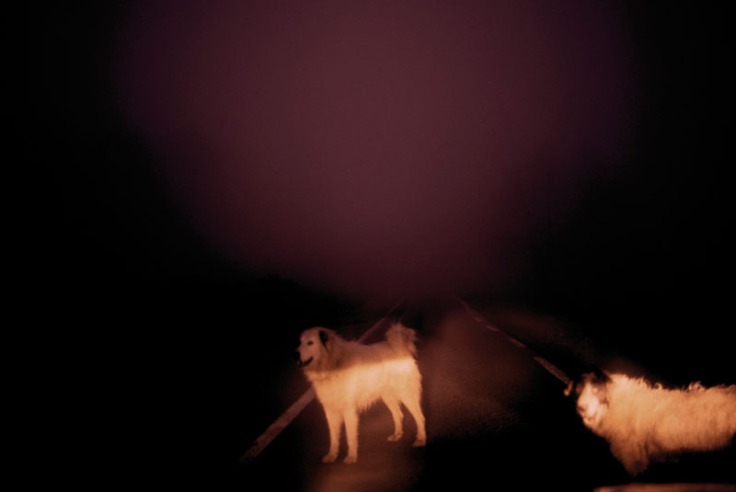 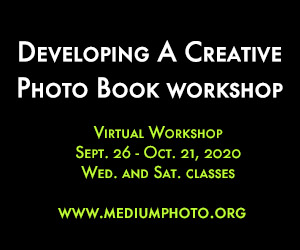