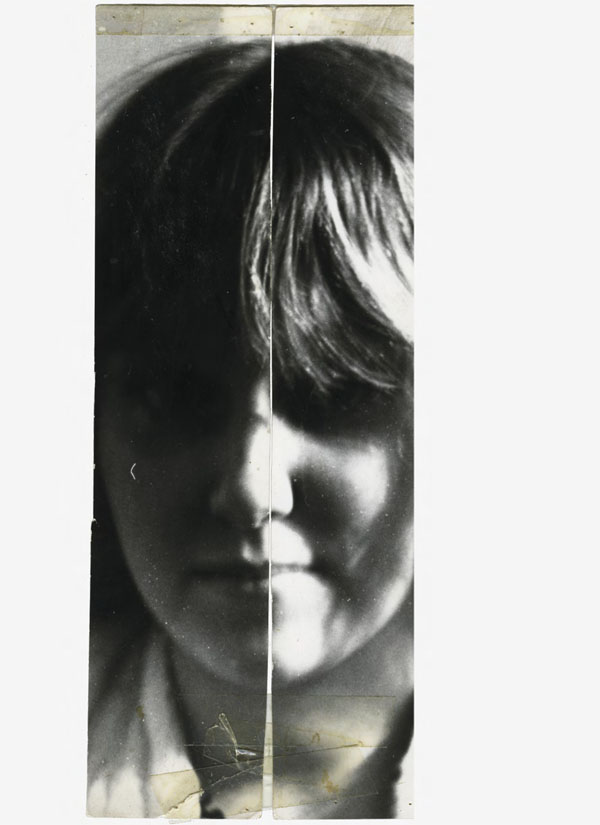 In 2008 Mariken Wessels self-published her small print edition photobook Elisabeth – I want to eat. This book then went on to win the Silver Medal For Books at the 2009 FotoFrafia, The Festival Internazionale di Roma. Last year, Esther Krop and Alauda Publications re-issued Elisabeth – I want to eat, which is the book that I am discussing here. I have not seen Wessels original book, so I will not attempt to provide a comparison of the two editions.

Firstly I can state, this is an interesting artists book. Wessels is transparent about the fact that she is an accumulator, collector, director and creative spirit behind this book of found photographs, postcards, and other assorted written narratives. The orignal found text is written in Dutch and Wessels has gone on to translate and layer English translations on semi transparent pages that are laid in loose, not bound, within the related book spreads. The loose translation pages provides this book with a nice artistic touch, perhaps keeping in line and spirit with her earlier hand crafted self-published edition.

Second, I found the book to have a quirky cadence and sequencing of the photographs and textual narrative. I have found this semi-fictious story to be very strange and vague, which allows numerous alternative readings. The photographs, cards and letters are possible objects that occurred from real events, but the resulting mash-up that Wessels is creating to frame this narrative is all fiction.

Using found photographs, Wessels does not take any actions to clean up these black and white photographs, e.g. change the contrast, improve the sharpness or clean the negatives of lint and debris. I belive that the poor and grimy condition of the photographs builds on and further supports the underlying sense of darkness and despair that afflicts Elisabeth, the main character of this story.

This book appears to be the diary of Elisabeth, the subject of this story. To read into these photographs and construct one possible narrative, I found Elisabeth’s up-bringing indistinct and marginal. Her childhood is dark and gloomy with small glimpses of happiness, but then key family members disappear (literally cut out). Her mother was a saint, but her father, who has separated from the family, was stern and disciplinary, perhaps abusive. There was a brief time where Elisabeth found happiness, as the theater photographs are perhaps the most clear and best rendered. What follows appears to be some really mixed emotional baggage with the mash-up of photographs of Elisabeth in the mix of topless and dressed portraits. While appearing to smile and appear happily animated, the photographic quality of the images is poor; dark, low contrast (low self-esteem?), dirty and gritty, implying an underlying dislike of the apparent conditions. In one photograph, she stands topless facing the camera, coly smiling with her hands apparently on her hips, but the features of a clown face have been awkwardly added, creating an awkward tension and seemingly contradictory narrative.

Then there is a shift to a more formal series of portraits with the third photograph of the short series in which her face is concealed. The letters and post-cards from well-meaning Aunt Hans are attempting to be uplifting and supportive to Elisabeth, but with an odd structure and rambling narrative, perhaps old Aunt Hans is more of an issue than her well-meaning letters portray? Finally a close, with a strange things seemingly suspended in a darkly closed in space, perhaps a back yard. In Jeffery Ladd’s review of this book, his take away is that Wessels ending implies a suicide and the passing of Elisabeth or her spirit.

All in all, this book is ripe for multiple interpretations, with more questions than answers. The book has stiff covers with a glued in binding. The text is Dutch, with English translations loosely laid in.

Update: This book will be available for purchase at the Amsterdam Art – Book Fair.