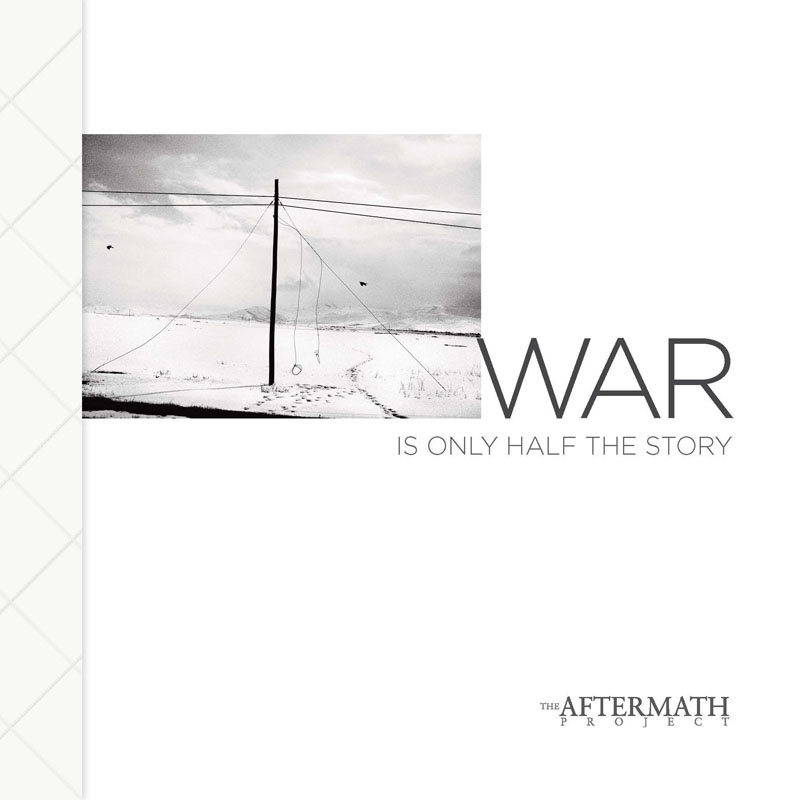 Volume two (II) of the Aftermath Project: War is Only Half the Story is a compilation of five photographic projects that deal with the consequences of violence and war. The five photographers are Kathryn Cook, Natela Grigalashvili, Tinka Dietz, Pep Bonet and Christine Fenzl. These five are from diverse geographic locations (Spain, Germany, Georgia, and the US) and photographing equally diverse geographic locations (Turkey, Armenia, Syria, Palestine, Georgia, Sierra Leone, Kenya, Macedonia, Croatia), but all with a common theme; photographing sites where violence and war have already occurred.

The objective of each photographer is similar, to tell a painful story with sensitivity and empathy, about what occurs after the war and violence has ceased. Three of the projects are completed in Black and White, while the other two are in color. Most are photographed in a factual appearing documentary style, with the others varying from direct, almost confrontational and appearing objective to very subtle and bordering on poetic.

Sara Terry, the founding director of this non-profit organization provides this wonderful introductory statement;  “My friend gave me a lot to think about. Her words (“I believe that what we shine a light on is what grows, and [this] work – hopefully – grows peace”) remind me of my own criticism of the media and its readiness to cover war – and its reprehensible neglect of the aftermath of conflict, of the stories of human beings struggling to learn to live again. For me, the stories of the aftermath are the stories of what it means to be human – in contrast to the stories of war, which all too often are the sad summary of what it means to be inhuman. To put my fiends words differently, I believe that what we hold up in our culture – the stories we tell ourselves – are in fact the people we become. If we shine a light on conflict, but neglect the stories of recovery and struggle, what grows?”

Kathryn Cook’s project is a story about past and yet still lingering memories of the genocide of the Armenians in Turkey in 1912.  Her use of photographs that include blurriness, indistinct and difficult to decipher subjects, multi-layered reflections and vagueness, are much like what a memory can become over time. This project has a beautiful narrative running through it.

Natela Grigalashvili’s black and white project is documenting the lives of the refugees from the separatists regions of Abkhazia and South Odessetia now living in near destitution and abject poverty in Georgia. This is an unflinching and poignant story about survival.

Tinka Dietz has spent time creating environmental portraits of the former Crotian soldiers from the 1991-1995 break-up of the former Yugoslavia. The color photographs provide a wide environmental context to these individual’s current situation. The exterior landscape is beautiful, contrasted with the troubled inner landscape of these ex-soldiers.

Pep Bonet’s project is focused on the young people rebuilding their lives in post-conflict Sierra Leona following the extremely brutal acts of the rebels. Welding machetes and handsaws, the rebels had hacked off the arms and legs of thousands of civilians, who are now attempting to rebound and rebuild their lives with dignity.

Christine Fenzl is photographing the children of conflict who are attempting to rebuild their lives, with the assistance of a non-profit organization that utilizes football (soccer) as a means to enrich and create a positive perspective for the future.

The Aftermath Project Mission:  To change the way the media covers conflict, and to broaden the public’s understanding of the true cost of war and the true price of price. We believe that while the stories of war must be told, war itself is the story of man’s inhumanity to man. The Aftermath project strives to illuminate what it means to be human, to explore specific stories with universal themes that affirm our common humanity – and also alert us to the dangers of equating the mere end of violence with sustainable peace.

There is no doubt that this photobook is a call to action, for which I can only hope that it is very successful.

This book has stiff covers, with color and black & white interior images. A detailed caption by the photographer for each photograph is included at the conclusion of their section within the book. 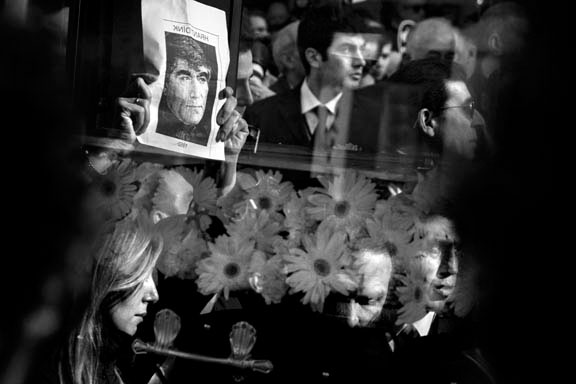 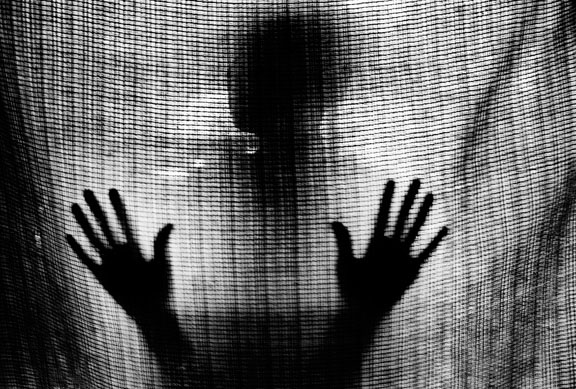 3 thoughts on “The Aftermath Project – Volume 2: War is Only Half the Story”