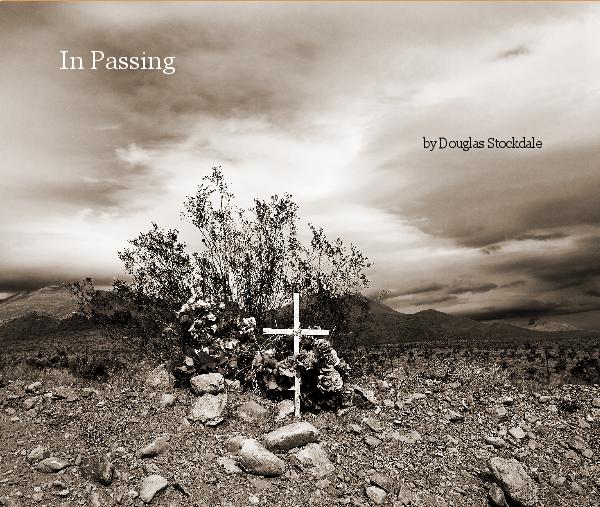 Yes, yours truely just published the second edition of In Passing the series of road side memorials that I photographed from late 2005 – 2007.  Twenty of the photographs from the series were published in LensWork Magazine (#74 Jan-Feb 2008). Earlier this year that I had self-published the First Edition in a smaller, softbound book that afterwards I determined that did not appear to provide the visual impact that I wanted.

This is a hardbound book with an Image-Wrap cover in the large 11 x 13″ format with 36 photographs on 80 pages and printed on the Blurb premium 100 lb luster paper.

I feel that in retrospect that I better understand my reason for the development of this series.  This new edition is an attempt to capture the elusive traces of emotion that deal with tragedy, grief, sorrow, and eventually acceptance with the passage of time.

I had already sent my book files to the printer and was in the middle of finalizing the publication when I had received a comment back from Ben Roberts about his book One More Night. He had stated that after reviewing his published Blurb book that he was already considering a second edition to change some of his photographs for some stronger images. Essentially that was one of the prime drivers behind my second edition, to eliminate some weaker images and get to the essence of my series. Thus I reduced the amount of photographs from 48 to 36 in the Second Edition.

Second concern were the changes that I have made to about 25% of the photographs. After evaluating a new paper, Harman FB Mp, I was able to create photographs that I felt were were more in line with the spirit of the image. There were aspects of some of my photographs when printed on this new Harman media made my earlier photographs appear chunky and overworked. Not so good. After tweaking these images the revised photographs were so much better that the first Edition of my book no longer represented this series. Much of this I have detailed on my personal journal Singular Images.

The last reason for this new edition of the book is too take advantage of a new 100 lb luster paper option by Blurb. After reviewing Ben’s book One More Night which was published on this paper I don’t think any photographer who is self-publishing a POD series would want to print on any other media.

Note: This book is now out of print. 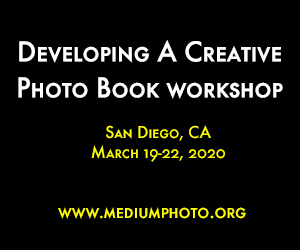