The renowned photographic artist Keith Carter has been called a “poet of the ordinary,” and this sumptuous new retrospective is truly an epic poem, lyrical yet down to earth.

Fifty Years is epic in size and scale. The 320 unnumbered pages include 267 images from his half-century (so far) career. They are presented in a large and luscious book measuring nearly 11 x 13 inches. It’s visually stunning as well. His toned black-and-white images fill the pages, often full-bleed, spilling across the gutter. Some are reproduced as imposing full-bleed 2-page spreads.

The accompanying text is lyrical yet down to earth. Leading off is an epigraphic ode to Carter’s great muse and home town — Beaumont Texas — from Jack Kerouac’s On the Road. Carter himself follows with an entertainingly downhome account of his journey to becoming a photographer. He introduces the poetry theme by recalling a poem that became something of an anthem for him, which he learned from a New York City street busker: “Rock your ass off!”

The poetry theme is then embellished in two literary appreciations of his work. Noted critic and historian A.D. Coleman characterizes the book as “Carter’s latest version of his new and selected poems.” Rather than a “collected works” or a compilation, he terms the book a “synopsis, a framework, a jumping-off point, and a definition of self.”

Novelist and poet Rosellen Brown is next with a survey of his “poetry of the ordinary.” To characterize Carter’s work, she cites her own correspondence with the artist. Carter told her he “is making his photographs at what he calls ‘the intersection of science and magic’ — raw nature transformed by awe — ‘where Darwin might meet magical realism.’”

The real poetry follows — the plates. Rather than a chronological presentation, or groupings of images by the many themes in his work, the sequencing is more, well, poetic.

Carter matches images from throughout his career that provide visual conversations, or create compelling juxtapositions. Nesting birds in a tree visually correlate with a freckled-face young woman . . . a Vermeer-like reclining nude and a Rubenesque resting horse recall Baroque paintings . . . limbs of an oak tree reach across the page to the out-stretched arms of young boys . . . a distressed-negative image of an owl and an Edvard Munch-like image of Carter’s mother in the late stages of Alzheimer’s create a haunting pairing . . .

There is his early documentary work, and his explorations in selective depth of field and alternative processes. There are classics, like his 1992 image of two boys in a pond holding a jar of fireflies, and newer work, like a 2017 image of reading glasses on a bedside table that acknowledges his own struggles with failing eyesight. In Rosellen Brown’s words, the collection is “what he chooses to represent him — his preoccupations, his questions, his appreciations, and many uncategorizable examples of the beautiful, the ugly, and the just plain puzzling.”

This book holds pleasures for those who are familiar with his work and those who aren’t. For new viewers, A.D. Coleman notes, “it serves as an enticing introduction to an already extensive and quietly ambitious body of work that will reward those who delve further into what has already come forth. For those who already know and value those previous accomplishments, it functions as a reminder of past pleasures, a source of new ones, and a promise of more to follow.”

Fifty Years is a great opportunity to get lost in Keith Carter’s world. It will “rock your ass off!”

Keith Carter’s photobooks that have been previously featured in PhotoBook Journal include; Fireflies and a joint photographic book project with the late Mauro Fiorese & Keith Carter, Dream of a Place of Dreams. 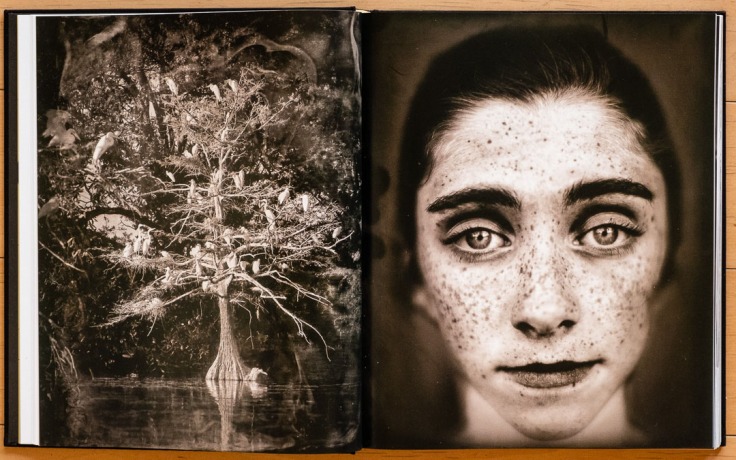 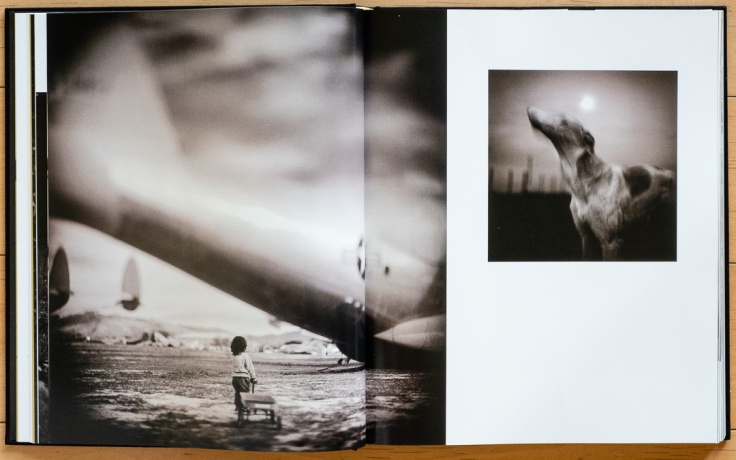 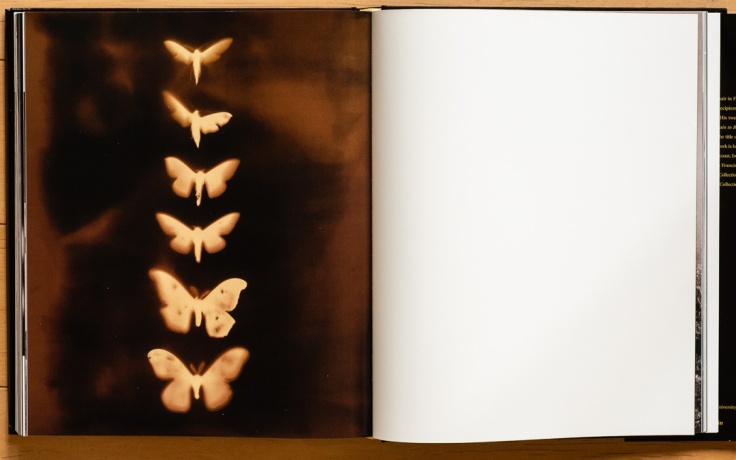