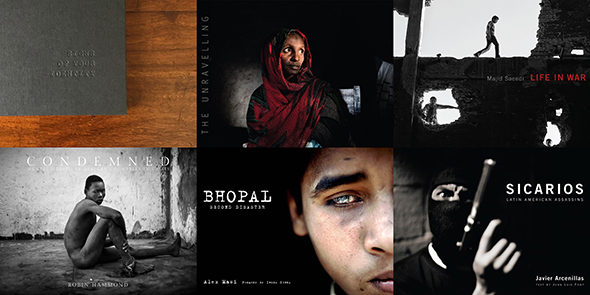 The annual 2019 FotoEvidence Book Award with World Press Photo will recognize a documentary photographer whose project demonstrates courage and commitment in addressing a violation of human rights, a signiﬁcant injustice or an assault on human dignity. The selected project will be published as part of a series of FotoEvidence books dedicated to long-form projects of documentary photographers working in the humanistic tradition.

Professional, amateur photographers and photographer’s collectives can apply for the Book Award.
•    Submit up to 15 images from one project. If you are selected for the Book Award you will be asked to submit 100-120 photographs on the same topic.
•    $50 entry fee, payable to FotoEvidence during the online entry process

Awards will be announced in February, 2019.