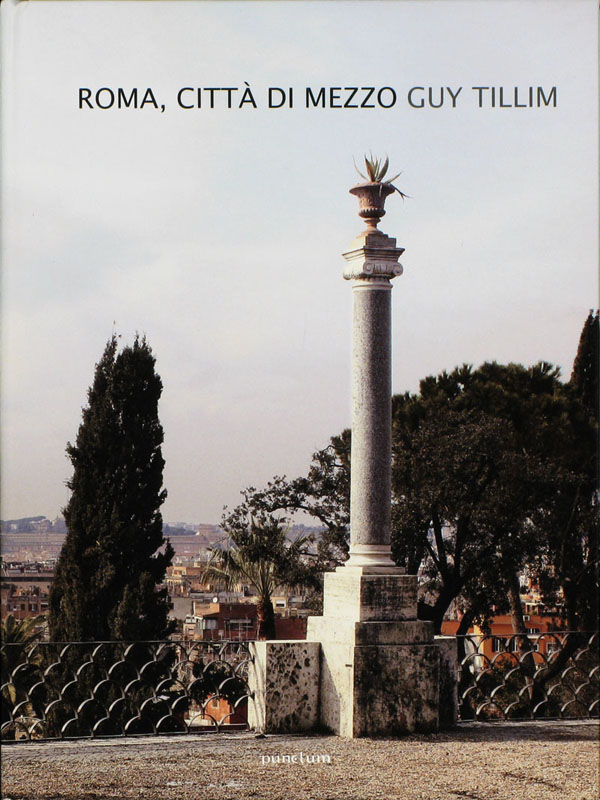 When Guy Tillim, a South African photographer, had an opportunity to investigate the inner city of Rome over a series of winter days, he seems to have found a somber and melancholic period of time in this hustle and bustle city. For me his book Roma, Citta di Mezzo (Rome, Middle City) is but a narrow glimpse in time during the daily cycle of this city’s normal activities.

I spent the last nine months intermittently on assignment near Rome and have come to understand a little of its pulse of late dinners, late morning starts, with periods of tranquility that momentarily exists from dawn until the middle of the morning, when sleepy eyes finally awake. It is this introspective period that Tillim has wandered through the side streets and boulevards of Rome’s middle city.

Tillim’s documentary style records the Roman urban landscape during winter, a time of year of intermittent rain showers and much cooler temperatures. The light of day is diffused by the cloud cover from a recent rain, and his choice of exposure accentuates the shadows, low contrast and slightly monochromatic tonalities, providing me with a feeling of melancholy.

This grayish time of year keeps many of the citizens at bay, patiently waiting inside for dryer, warmer and more radiant days. We see in Tillim’s photographs only a few individuals walking the streets, the cities vast population is indirectly made known by the vast quantity of cars and the wall to wall dwellings. It is difficult to move around the entire city of Rome, least the area of greatest density, without coming into visual contact with the remnants of its ancient past. By minimizing the human intervention, Tillman investigates the infrastructure of the inner city, the intersection of antiquity with contemporary life.

Tillman’s photographs are captured from a walking perspective of the photographer-flaneur, framing his compositions at eye level. The view-point is of someone who is navigating the side streets, with occasional glimpses of antiquity, ancient structures, slow restorations, some stilled in mid-rebuilding, while the modern city grows and pushes on its boundaries.

Before him are the roads, sidewalks, intersections, crossings, and pathways of the middle city. He walks adjacent to the main river that intersects Rome, near a main thoroughfare, as well as side streets, which are adjacent to the ancient Roman Wall, and across bridges adorned with old statuary. He captures the winter light, slightly over cast sky, shadows without the density of summer, leafless trees that open up the visual spaces, noting restoration in progress, construction sheds and orange plastic web barriers. Empty foregrounds with few people populate these photographs, new structures adjacent to ancient ruins, decaying ruins, and new construction rising up and layered like it always has on top of the past. Colorful Graffiti is now sprayed on the walls of the new construction, but respectfully missing on ancient stones and statuary.

Tillim provides a somber narrative through the city, observing what is; perhaps the framing is purposefully attempting to include the un-beautiful, the normal and plain, non-romantic version of what is considered one of the more romantic European cities. These are photographs of experiences, normally considered un-worthy of an extended gaze, instead of moving on in search of the more aesthetic pleasing photographic viewpoint.

Perhaps in conclusion, Nicola-Louise Brandt from the Afterword provides the last thoughts, “Tillim captures the dual effects of corrosion and proliferation in the Roman cityscape. He conveys a sense of transient power, in images of ghostly constructions both in the archeological core of Rome and those tucked away in the city’s marginal landscape. His works underscore the organic and provincial nature of the city, in which everyday life is dominated by the tension of an incomplete and incoherent urban landscape still bound to its past.”

This beautifully printed book has a very unique concertina fold, in which the entire contents of the book are linked in a continuous accordion like gatefold, which I wrote about previously, here. The color photographs span the two page spread, a continuous sweep of the photographic image. 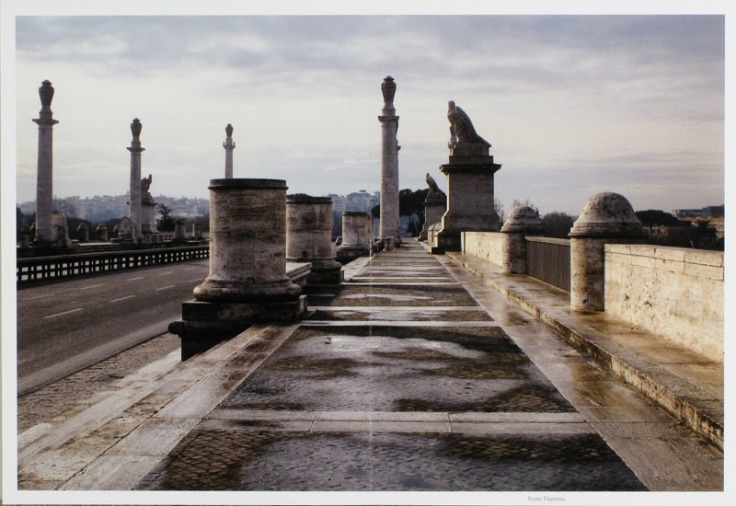 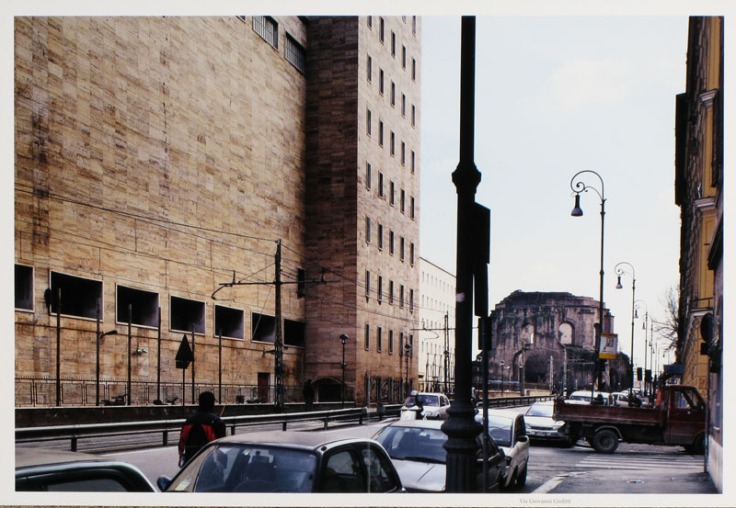 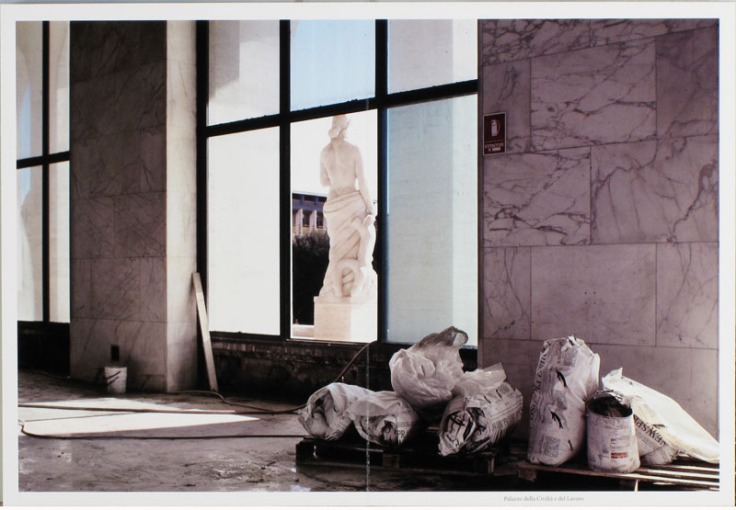