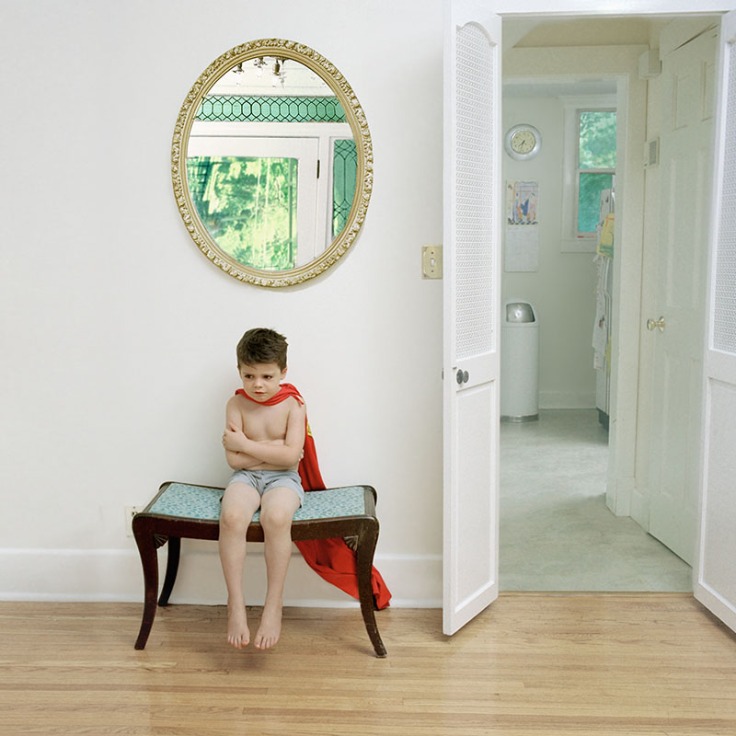 At fist glance, Blackmon’s photographs are super real observations of a large knit family on the edge of total chaos and about to go out of control. In others words real life with families and real children. Whether her photographs really are direct observations or a constructed reality they connect.

For me her earlier photographs created for this series are a little more believable, which I attribute to the darker tonality versus the hyper-lit later photographs. Nevertheless all of her images seem to resonate with my own experience with my siblings and my own children. Probably even more so today where I have a greater ability to stand aside and watch the ebb and flow of emotions and events.

Overall a playful and fun series with a wonderful sense of excitement, which creates a real sense of anticipation. You have been there and by what you see you can almost anticipate the total chaos which is about to explode about you. Which is to say normal life of parents in the suburb with kids.

The book is well designed with regard to the flow of her images with a nice mix of single and paired images on facing pages. It is a hardcover book with 51 color and black and white photographs augmented with an insightful interview by Alison Nordstrom. 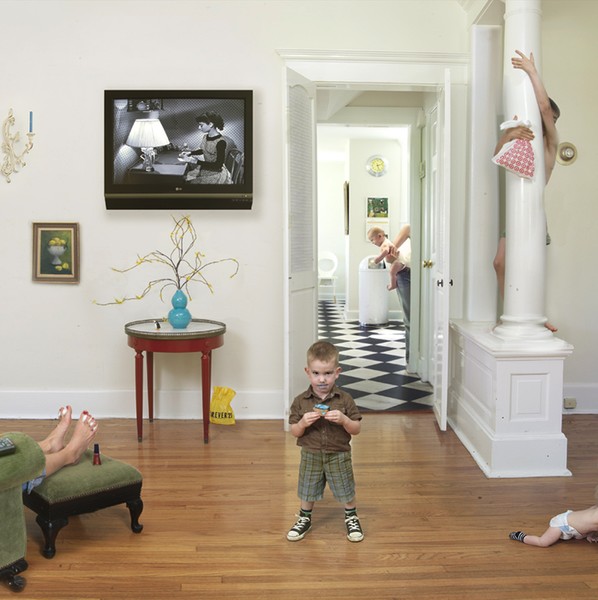 One of the wonderful aspects of a book, unlike an exhibition, is the ability to return and browse at your leisure.  A new book is also a new acquaintance that can over time become an old friend. There are some books that are easily digested and perhaps sold or donated to the friend of the library while others you keeping finding yourself returning and finding more substance for the soul. The later is my experience with Blackmon’s Domestic Vacations.

This is probably the place that I admit that I am more of an urban landscape photographer who creates images with “found” subjects. That does have an influence on my objectivity with regard to the subject matter for book review thus it may take a little longer to gain a full appreciation of constructed works such as this book by Blackmon. The good news is that with a web-journal subsequent content can be added!

What I did not adequately discuss in my initial review is the creation and construction of Blackmon’s photographs. Some of which are disarmingly simple and with further analysis become deeper in complexity. The components of her photographs are not there by chance. Every part of her photographs provide clues and we are the ones that have the opportunity to create the resulting story.

Each of the photographs in Blackmon’s book need time to be read, thought about and reconsidered.