If Robert Frank had played in a punk rock band, how would that have influenced his work? What kind of images would he have made? Luckily, we have Tatsuo Suzuki’s new photobook Friction/Tokyo Street to answer that question. Wow. What an exciting book!

One cannot help but wonder if the new Steidl photobook Friction/Tokyo Street by Japanese photographer Tatsuo Suzuki has been met with the same reaction that Robert Frank’s seminal photobook The Americans elicited when it was first published in the early 1950s. Do the contrasting images of bustling Tokyo streets and hungry faces of citizens left out of the booming techno economy offend in the same manner that Swiss born Frank’s images initially offended the United States’ sense of self? One certainly hopes so.

Suzuki is not afraid to get close to his subjects. He works fast, his images are impactful and filled with dynamic tension. Online videos documenting the making of these images confirms one’s impression that the bustle of Tokyo street life is a turn-it-up turn on for this former IT salesman.

On his take-over of the Steidl Instagram account, Suzuki wrote about his street photography “I do this because I’m fascinated by the spectacle of people of living flesh convoluting into the hustle and bustle of street life. The indifferent, yet irreplaceable people. I’m also profoundly intrigued by the streets and have a strong affinity with everything that happens on them.”

At age 43, Suzuki rediscovered his punk rock aesthetic somewhat by accident when he purchased his first camera in 2008. Happy accidents can lead to great things if one allows it.

By all measure, Suzuki reacts with immediacy to the world around him and his direct camera work is partially attributed to his unassuming manner. He moves through the streets of Tokyo holding his mirrorless camera loosely in his hand, away from his face, shooting on average one to two thousand frames per day. His bold black and white imagery portrays the energy and faces of Tokyo citizens, some buttoned up and in an apparent hurry to be somewhere, some hungry but with no obvious place to go. In true punk rock spirit, Suzuki does not seem interested in reinforcing anyone’s expectations, he does not go for cliches but instead reacts to what he agrees is a hunt for the decisive moment of events unfolding before him; be it a stray cat, a haunted foreigner, or the blurred focus of anonymous people ever-moving.

This impressive body of work was the winner of the Steidl Japan book award and one can immediately sense the quality that Steidl brings to all his publications. The pages are matte finished and compelling to touch, the black and white printing is contrasty in a style that is punchy yet appropriate. The editing of the images is nothing less than sublime.

Suzuki, the founder of Zine: Tokyo Street, has said that when he first began photographing on the streets, he was drawn to portraits of the homeless, and his affinity for the unadorned is evident throughout. While affluent citizens hurry about, protected behind layers of storefront glass and see-through umbrellas, the homeless are hidden in plain sight.  Suzuki does a masterful job of illustrating this perspective with camera blur and deep shadows. Like Robert Frank and William Klein before him, Suzuki does not shy away from contradictions, rather his work reveals an inherent appreciation of contrast, both visual and emotional.  On his website Suzuki writes “My aim to shoot the street is to show how the world is beautiful, interesting, wonderful and sometimes cruel.”

In a recent article for Huck magazine, Suzuki said “I want to capture the spectacle of people, of living flesh, convoluting into the hustle and bustle of street life. My favorite music is often solid, beat-oriented… Maybe that’s what I’m looking for when I shoot…I take photos of the friction and frustration I feel on the streets that match my emotions. I walk the streets almost every day and I never get bored of it because I can always feel the current atmosphere of Tokyo. Even if it doesn’t make the news or is dramatic, everyday sights are fascinating to me.”

Thanks to Suzuki’s exciting photographs and Steidl’s excellent new publication, no matter where you are in this world, you too will feel the fascination. Count us all as new and committed fans, Tatsuo. You have earned your place in the Street Photography pantheon. 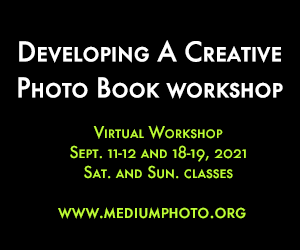