The first image in Zora Murff’s photobook At No Point In Between is actually just half an image; a tiny loose color print, six-centimeters tall, tucked in between the pages. In the fragment, Walter Scott is running, but he is separated from what he is running from.

In Slow Violence and the Environmentalism of the Poor, sociologist Rob Nixon makes a distinction between two types of violence. ‘Fast violence’ is violence that is easily understandable, because the perception of its risk or harm is immediate. The violence of a police officer shooting a man running away is immediate, visible, observable. By contrast, ‘slow violence’ is violence that takes place gradually, and often invisibly. Redlining, a collection of policies that formalized the systematic denial of services to residents of specific neighborhoods, perpetuated segregation and the socioeconomic divide along racial lines. Structurally engineered, the slow violence of redlining has operated passively across time to methodically disenfranchise and dispossess specific communities across generations.

How do you photograph an invisible force?

Working in the historically black Near North Side neighborhood in North Omaha, Nebraska, Murff gets specific. Weaving together past and present, he retells narratives of lynching, historic and contemporary police murders, and redlining. The work unpacks how expressions of white supremacy over Black communities in America have evolved over time, and examines the role photographic images have played in these articulations.

Murff records the people, architecture and gestures that inhabit the space. In one image that spans two pages, plywood boards up windows of a building tacked together with vinyl siding, brick and wood. In another spread, a small image of a cement barricade pushed up against the base of a structure is placed next to the image of a man’s hand, weathered, his palm facing upwards toward the sky. A black-and-white image shows a felled tree laying on the asphalt; its bisected midsection revealing a smooth interior contrasted by a wrinkled and weather-worn trunk.

Interspersed with Murff’s photographs of the Near North Side are other types of images: a monochrome aerial view, a screenshot from grainy dashcam footage, and reproductions of archival photographs.

One of these photographs, rendered in black and white, shows several dozen white men in suits, ties, hats, and overcoats. They stare into the lens, some craning their necks to make themselves visible to the camera. Text, carved into the negative, reads “Burning of Brown’s Body. Riot of Sept. 28, 1919.” In a gesture reminiscent of the work of Ken Gonzales-Day, Murff crops the image, removing the subject of the original photograph, and directing our attention instead to a crowd of lynchers and spectators. A different archival image, rendered in color later in the book, shows a group of men and women identically dressed in the dark garb of a police force, their right arms uniformly raised, their palms facing out, strategically arranged so that each person is evenly spaced and visible.

The images in the photobook are punctuated with two texts. In a yellow pamphlet tucked in between the book’s pages, Terrance Washington asks “What do I need to wreck a structure?” over a grayscale image of a house that is missing parts of its walls, facade and foundation. Lisa Riodan Seville writes around the work, drawing connections between Murff’s photographs and archival images presented within the book and beyond.

Murff’s portraits are especially poignant. The photographer brings an intimacy to the subjects of his images, who feel whole even when they are not fully discernible—a skill he developed with his first series Corrections. A man in a red cotton hoodie is faced away from the camera, just a sliver of his face visible behind the hood. There is softness in a portrait of a woman in a yellow sundress, gracefully posed in front of a white brick building, lit unevenly by the sun peeking through behind the shade of a tree. Another woman, with silver and black braids, stands outdoors with her face turned upwards. Her eyes are closed, and she is bathed in golden light.

The last image in the book, like the first, is a small print tucked in between the pages. It is the other half of the image of Walter Scott running. This fragment shows a police officer, standing with his legs planted and his handgun drawn. We know this image. Daniel Hambrick, Laquan McDonald, De’Von Bailey, Harith Augustus, Antwon Rose: there are countless images of Black citizens being fatally shot by police officers as they walk or run away, usually made visible to us as grainy security footage or shaky cell phone videos.

How do you photograph an invisible force? In slicing the image into two parts, Murff opens it up for examination. He freezes the moment, temporarily. Slowed down, he engages what exists in between the frames of images of fast violence that have become hauntingly familiar. He probes the mechanics of the images, invoking the archive, the built environment, and the community to understand their legacy, and in response, provides an alternative. 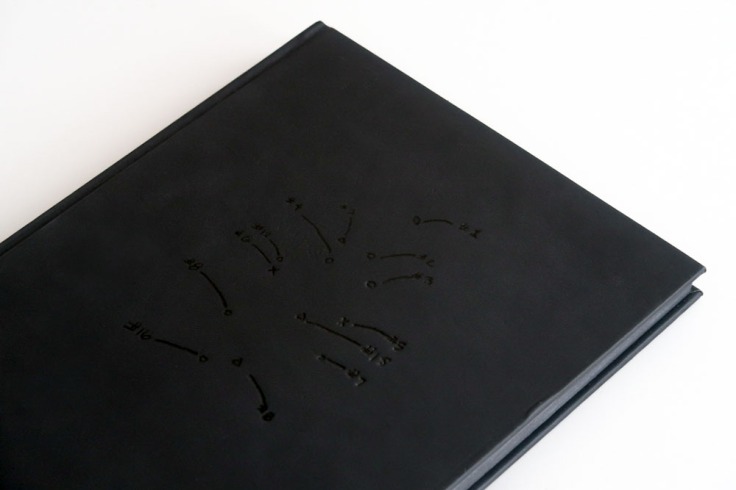 At No Point In Between, Zora Murff

Note: At No Point In Between (Dais Books), was selected as the winner of the Independently Published category for the Lucie Foundation Photo Book Awards.

One thought on “Zora Murff – At No Point In Between”