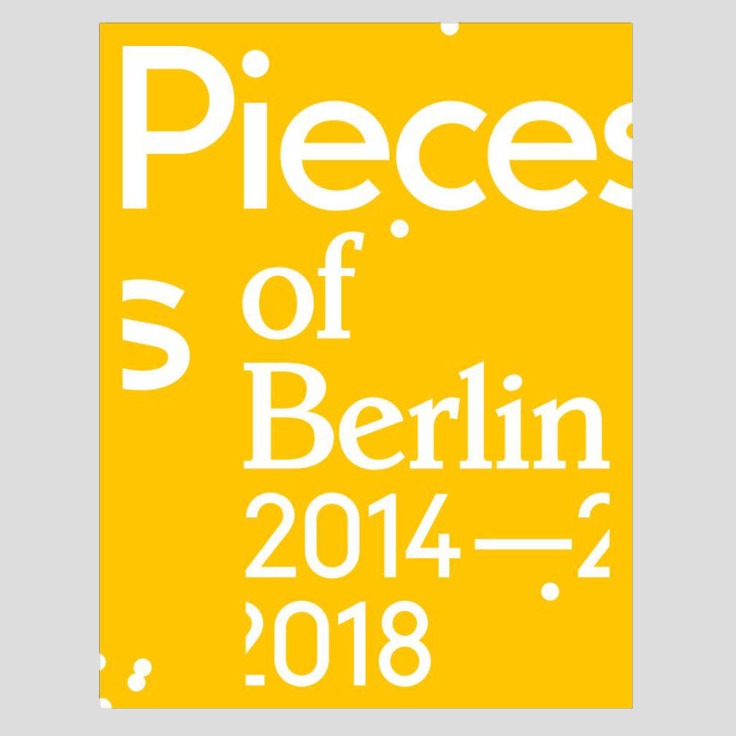 How to portray a city through its residents? The city of Berlin is certainly one of the most diverse places in the world. Combining the former West and East sections, it is now an even more expanded center of culture and cultures. The citizens’ well-known directness and swagger, sometimes referred to as Berliner Schnauze (Berlin big mouth) manifests itself in the mostly well-intentioned and straight-forward manner of its inhabitants, both old-timers and more recent arrivals. Naturally, opinions are freely shared in such a fast-paced place, in many respects not unlike New York City in the United States.

Florian Reischauer, a native Austrian, has been an observant resident of Berlin for a number of years. He maintains a successful blog about his visual and verbal observations and publishes them in photobooks in five-year intervals. This is the second volume of his series, containing more than 60 portraits and accompanying verbal vignettes in German and well-translated English that give us fascinating insights into the lives of Berlin’s residents and their neighborhoods (Kiez sections).

Reischauer uses a slightly anachronistic piece of equipment (an old Agfa Isolette film camera with slightly funky bellows) to create portraits which mirror the funkiness that also characterizes Berlin. We see occasional flare and bits of iffy color intrusions that are perfect for conveying the mood of the subjects and their opinions. More than five dozen visual and verbal portrayals are contained in this book. A number of essays, printed in a special section bound into the book, shed light on the numerous factors (historical, political, economic, sociological) that contribute to the ever-changing character of this dynamic city.

The range of persons interviewed and portrayed covers all age groups and ethnicities, as the sample pages below indicate. The opinions of the residents are clearly stated and refreshingly straight-forward. As is to be expected, the younger people are full of hope and positive expectations, while the older ones at times bemoan the loss of old neighborhoods and friends. The project gives us a representative visual and verbal narrative – a kaleidoscope of a city through environmental portraits and opinions, a mixture of artistry and documentation. The photobook is further enhanced by interspersed landscapes and cityscapes of Berlin neighborhoods.

A model worth emulating; congratulations to all the participants that made this crowd-funded project such a pleasure to view and read! 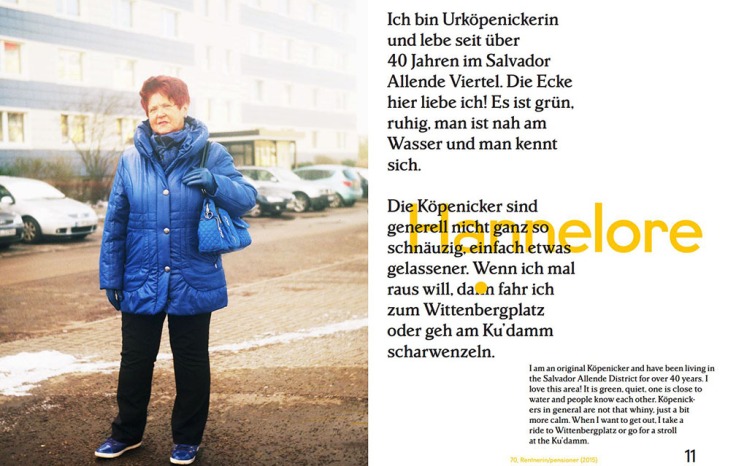 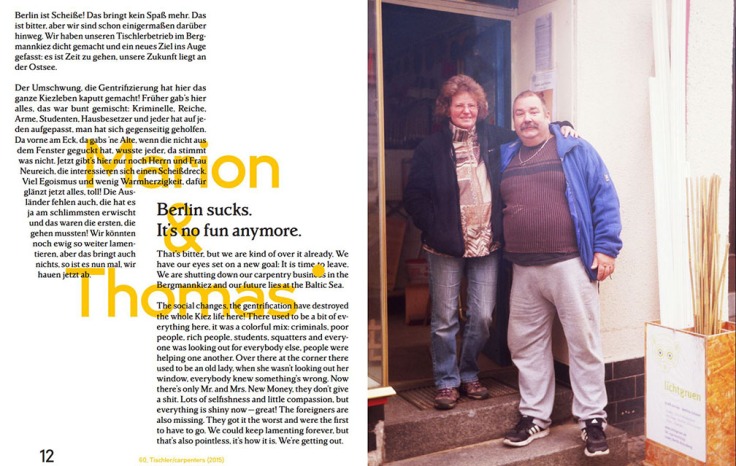 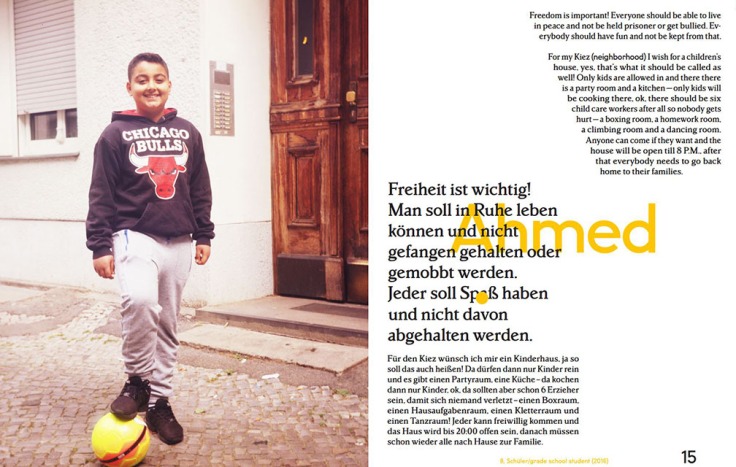 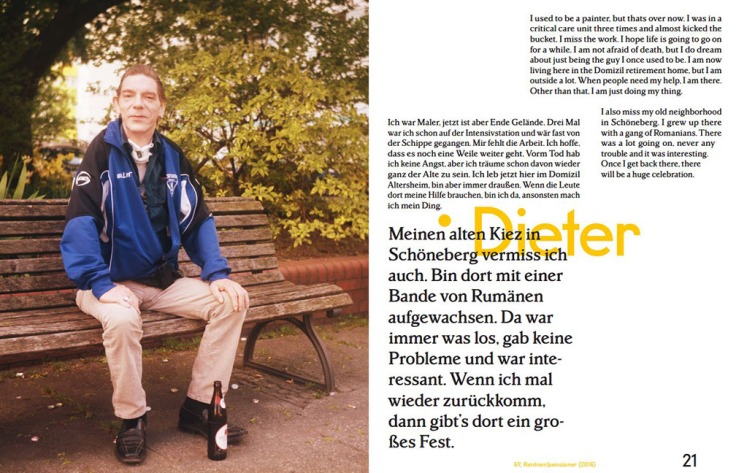 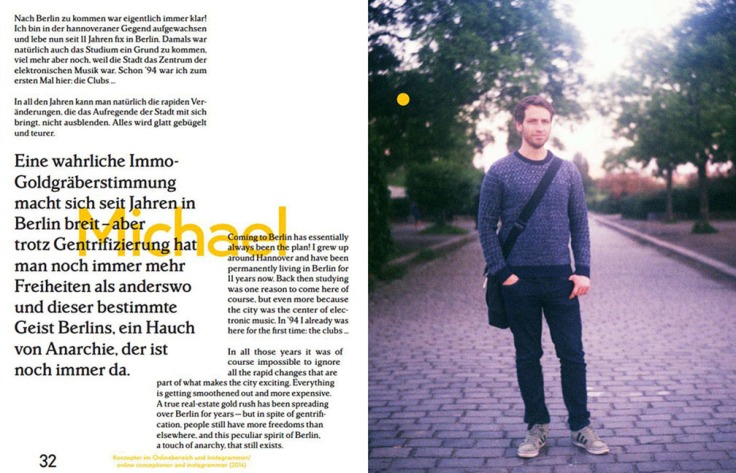 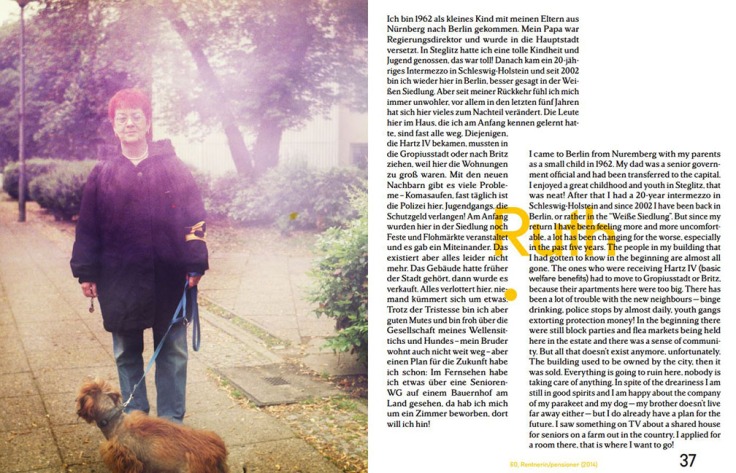 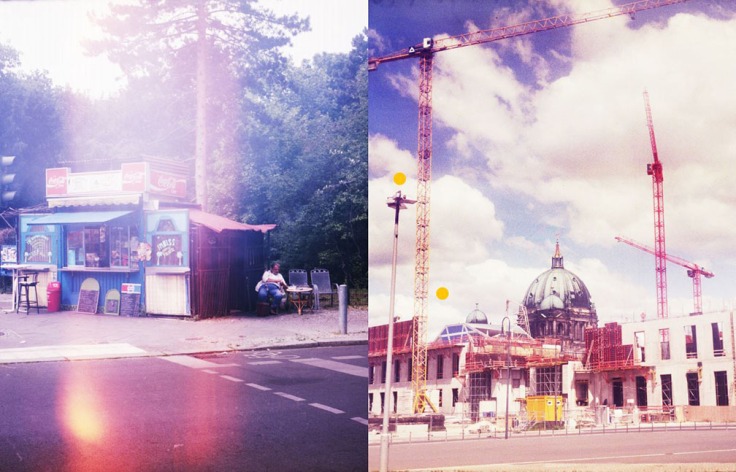 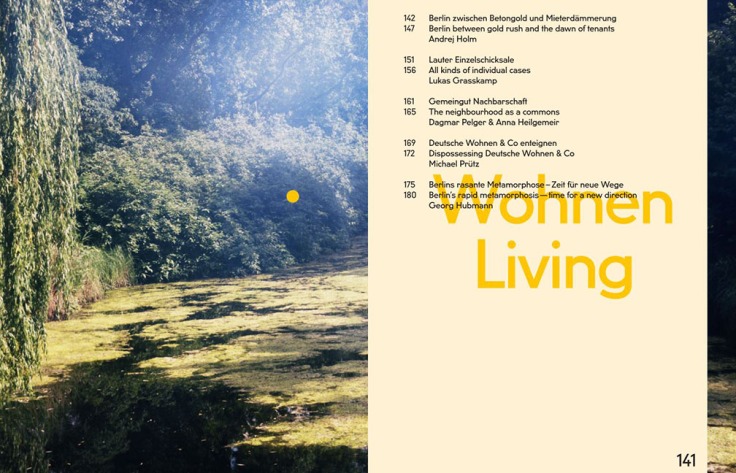