The Ballad of Omatandangole: Aapo Huhta’s song begins with an astonishing image: a cascading mountain in the foreground, a hazy sky and not one, but two suns. Like a chorus, this image is repeated intermittently in this book. Granted, this could be the artist’s attempt to obtain a Man Rayesque double exposure. Or else this could be a “mock sun”, a parhelion in meteorological jargon, an atmospheric optical phenomenon, rare but factual. Whatever it is, and whatever the the artist’s intent, the net result is that its reiteration leaves the viewer a little unsettled, with a sense of imbalance, of displacement.

We also have jagged rocks, scraggly bushes, edges of a windstorm, and creatures great and small, the human variety included. The millipede curls within itself, ostensibly to thwart an external threat. A moth emerges from the depths of darkness only to be blinded by celestial light. A minimalistic aesthetic is evident in desert-scapes and sandy beaches, interrupted periodically by paroxysms or crescendos of violence (snarling dogs), mayhem (startled parakeet) and mystery (a masked man with bottomless eyes).

There are no clichés here: no undulating sand dunes, fiery sunsets or pregnant clouds. The stereotypical ‘lone man walking in the desert’ is subverted because here the stooped figure appears to be headed towards an immense abyss. Remember Daido Moriyama’s “Stray Dog”? Menacing, frightening, right in your face. Huhta’s dog stands against a shut door, cornered, tail between his legs, with sad imploring please-don’t-hurt-me eyes. Traditional “rules” of photography are discarded: Huhta appears to have abandoned the ‘rule of thirds’ in favor of ratios of 7/8 or even 9/10; a dark horse is barely perceptible when set on a black asphalt road instead of the snow banks alongside.

The final section of the book features a series of two-page spreads each depicting a line of people making their way up a Sisyphean incline. Some stand erect, straight and tall, others stoop and falter and still others have fallen, have collapsed. The terrain is overexposed neutral white, and there is no horizon visible above or terra firma below. Like Prince’s primal screams in falsetto at the tail end of ‘Purple Rain’, or the four-minute sing-along that completes the Beatles ‘Hey Jude’, these repetitious images constitute the outro of Huhta’s ballad. Brilliant.

Huhta took to the Namibian desert in order to readjust, realign himself after a personal mishap. Perhaps he sought solace and meaning in a land quite different from his native Helsinki. I have no idea whether he achieved these goals. However, I suspect he was able to perceive some universal and existential truths, that all sentient beings, insects, birds or humans in our brief lives, are here smiling or crying, plodding along or fighting, engaging in love or war or nothing at all, or just coping. Mostly just coping.

Huhta’s images show traces of influence from fellow Finns, the futuristic designer- architect Eero Saarinen (Gateway Arch, St. Louis) or the magical photographer, Pentti Sammallahti. His work is gritty, contrasty with virtually no mid-tones, and authentic. Omatandangole may mean ‘mirage’ in a Namibian language, but every image here is factual, concrete, including the natural phenomenon of two suns.

I’ll bet you that Huhta will not receive a standing ovation from adherents of the f.64 movement. No matter.

Huhta’s Omatandangole is an original. This is not a travelogue, documentary or staged tableaux. It cannot be categorized into any ‘ism’ I know of; no social realism, no conceptualism, no postmodernism. How about ‘conceptual realism’? Is there such a thing? Huhta’s images are of reality. There is neither gloom and doom or life-is-a-beach sentiment here. The glass is half full and half empty.

The future of photography may not be modulated by technical innovation, 3-D imagery or holograms. It may lie in the depiction of certain universal truths. And Huhta’s ballad is a laudable endeavor to illustrate some of them. Kehrer Verlag deserves kudos for this beautifully designed, bound and edited book. Put on those noise-cancellation headphones, prop up this book so it catches some warm sunlight and spend quality time with Omatandangole. You might just learn something about your own being as well as the other denizens of our planet.

Other books by Huhta reviewed on PhotoBook Journal: Block 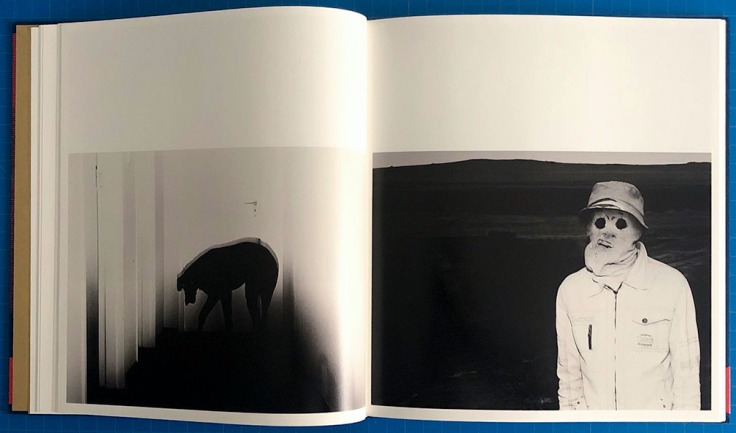 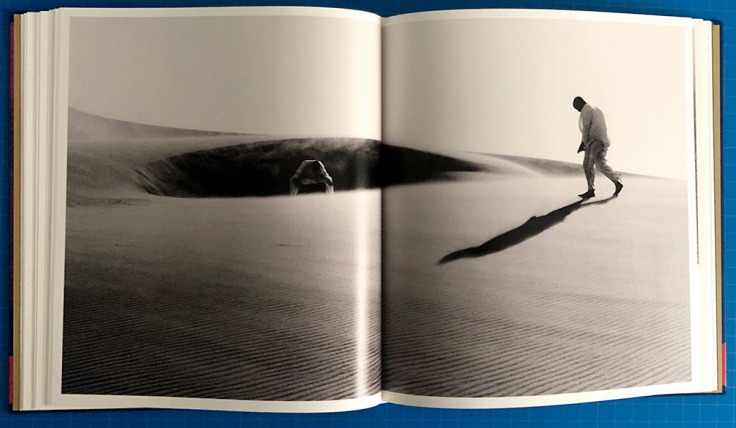 One thought on “Aapo Huhta – Omatandangole”