I am intrigued by Julia Borissova’ s (b. Tallinn, Estonia and lives in St. Petersburg, Russia) recent concept that led to her self-published photobook Running to the Edge, with the way that history and memory is perceived through images. Using found Black & White photographs, some dating back to the Russian Revolution, over which she juxtaposes a collage of objects, flowers and petals that anchor these images to the present. She attempts to create a visual analogy of the idea of memory slipping away over time with the archival photographs married with the fragile flowers, which the reader knows will decay all too quickly.

Borissova states “I saw a diary of 1917-20’s in an antique shop and I could not but buy it. I realized that this diary gives me a chance to show another layer of time to which I refer in my projects, to show it not like a text, as some additional information, but rather through the beauty of the script, through the sense of a touching hand that wrote these letters almost 100 years ago. Besides, this diary was made in a wooden cover with a painted bird on it. And it all together just captivated me.”

“Since the book contains texts in Russian, I decided to make a translation into English, by placing it on a separate insert, so as not to distort the impression of the book as of the found object. I wanted the color of the paper for the insert to be in contrast with the main book block, but at the same time, it should be understood that it is an integral part of the book, so I chose the designer paper to match the cover.”

The resulting photographs are whimsical, humorous while yet having an undercurrent of melancholy. A young girl’s eyes have become over-sized pink flowers, signifying the wide-eyed amazement of youth and the pink color almost universal of young girls. In another image, a young child is wearing a flower and petals while an older man adjacent to the child has a disturbing brown stem covering his eyes which metaphorically would block his vision. In yet another, a young woman lies prone on the ground, her apparel is now a layer of red petals in stark contrast to the original black and white photograph. Borissova creates beautiful new contexts with her collages and offers few clues as to their meaning, of which fully captivates me.

This book and the concept to alter found photographs have really touched me and it resonates with my parallel interest investigating the various aspects of memory and the attempts to preserve it. That in conjunction with a brilliant design and beautiful construction made this photobook an easy choice for Interesting Photobook of 2014, both for my blog and my selection for Emaho magazine.

As a book object, the hardcover book has an embossed cover and an overall elegant feel created by a careful selection of the interior papers and is accompanied by two inserts, one of which is the English translation of the hand written text, the other is an introduction by Borissova. The hand written text is not in English, assuming Russian, and the ensuing marks on the paper are as abstract as the photographs.  Borissova incorporates tracing paper as a means to signify a break between the beginning of the first and second sections of this photobook. Borissova has indeed ““attach(ed) importance to every detail and there can’t be any minor things.” 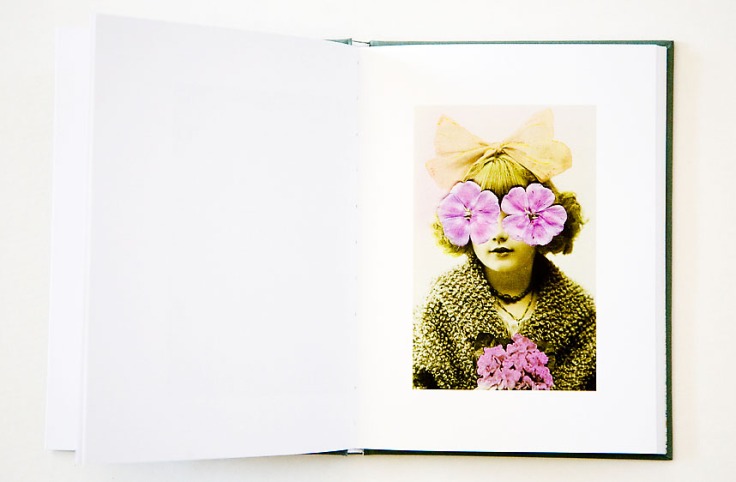 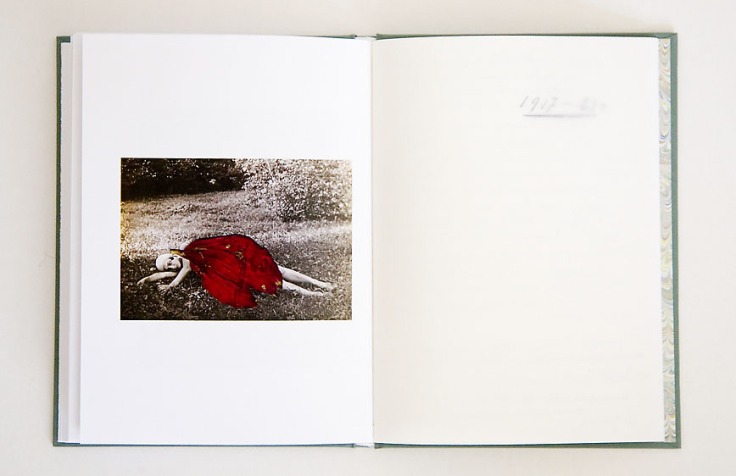 12 thoughts on “Julia Borissova – Running to the Edge”