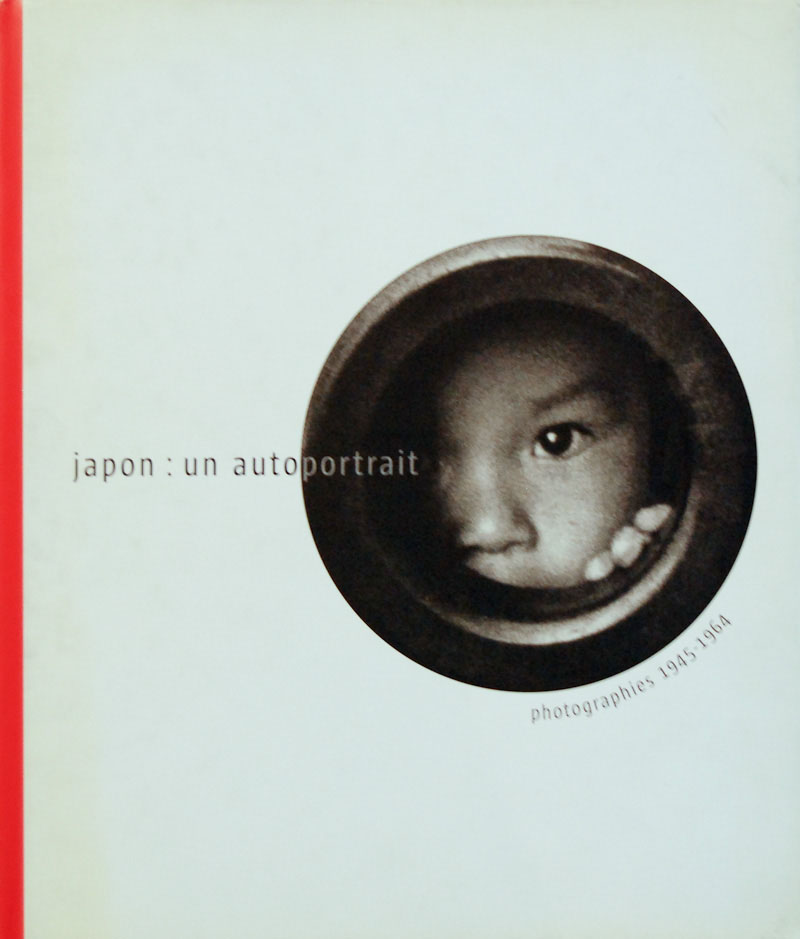 It was my good fortune to meet up with Marc Feustel, consulting editor and photo-blogger (Eye Curious) in Paris last July to discuss photobooks, Japanese photography and a photobook that he conceptualized, developed and edited; Japan, A Self Portrait: Photographs 1945 – 1964.

This was not the first survey of Japanese photographers published in English, with earlier editions published by Aperture and MOMA. This is a broad survey to examine the photographs and photographers who were active in the period after World War II up to the 1964 Tokyo Olympics.

These eleven photographs are generally recognized as the creating the post-war photographic foundation for the subsequent generation of Japanese photographers, including those whose work encompass the Provoke and Kompura eras and the others who were active in the mid 1960’s, 1970’s into the 1980’s.

Very few of these photographers were familiar to me thirty years ago, perhaps with the exception of Eikoh Hosoe and his publications Man and Woman and Barakei (Ordeal by Roses) from which excerpts were published in the American photographic magazines. Even today, I may now recognize some of the photographs in this book, but only a few of the photographers have any name recognition. Understanding that gap in my awareness was the underlying reason that I was seeking out Feustel and subsequently this photobook.

I realize that there are many and varied barriers to obtaining and understanding the rich and complex photographic work being developed in Japan. The language is an obvious barrier, with few of the past and even current photobooks having English text. Second, in part due to the limited English text, few of the Japanese photobooks are distributed outside of Japan and as such have limited accessibility.

Third is the culture, the background story, of Japan, which is very much unlike the American/European culture. Thus my attempting to “read” a Japanese photograph or photobook will at best only obtain a glimpse of all of the potential meetings, as I am not looking for those visual clues that may be very significant to the Japanese photographer and subsequent Japanese reader. I have a feeling similar to that of Pico Iyer, who recently wrote that after living in Kyoto Japan for 22 years, he is still known as a gaijin (outsider) and “generally feel as if I’m stumbling through the city’s exquisite surfaces like a bull in an Imari china shop”. Likewise, I sympathize with Andrew Phelps that after an intense three weeks photographing in Niigata, Japan, his project was really “about responding visually to a place I don’t really understand”. Thus I embark on learning the visual clues and become more aware of the layers of potential meanings, of which this photobook is proving to provide an immeasurable assistance.

This book itself is thick with black and white photographs, some have become highly acclaimed internationally and many are not very well known outside of Japan. The photographs by the eleven photographers are highly dispersed, as I have some difficulty drawing a comprehensive impression of any one of the photographers work. I am not sure that was the editor’s intent, but to instead to provide a complex intertwining of the photographer’s work which was being concurrently published at any one period. I think that the intent was to illustrate the potential interaction and yet diversity in the photographs being produced.  The photographs are sequenced somewhat randomly but in an overall progressive duration, from the mid-1940’s to the mid-1960’s.

Most of the Japanese photographers of this period were working initially with magazines and newspapers creating singular photographs made on the streets and only later developing concepts and projects that would result in cohesive photobooks.

Hiraki Osam in his essay, states “..the photographers of the postwar era had a very different perception of photography to that of prewar photographers, instead becoming expressionists in their own right. In other words, theirs was an active rather than a passive stance. They accepted the world before their eyes as their own reality and attempted to interpret this though photography, projecting the result back to us in the form of a photograph….The greatest benefit reaped by postwar photography was that, whether consciously or subconsciously, the photographic act itself became fundamentally grounded in the photographer’s own self, or, to put it another way, in the sense of an individual’s own existence in the world.”

During my conversation with Feustel, he did provide a nice insight on “reading” a Japanese photograph, that it helps “to look for the symbolic power of the detail and notice the focus on texture and the use of space”. Feustel has assisted me in curating the photographs in this article, choosing some important photographs from among the many and that he recommends spend time viewing and studying to help gain some insights on postwar Japanese photography.

The essays are provided by Takeuchi Keiichi, Hiraki Osam and the Introduction is by Alain Sayag. There are three different editions of this book published, English, French and Japanese, my edition being the French version that I purchased last July in Paris, all of which are now out of print, but currently seem to be easily available on the secondary book market. If you have an interest in Japanese photography, I highly recommend acquiring this book. 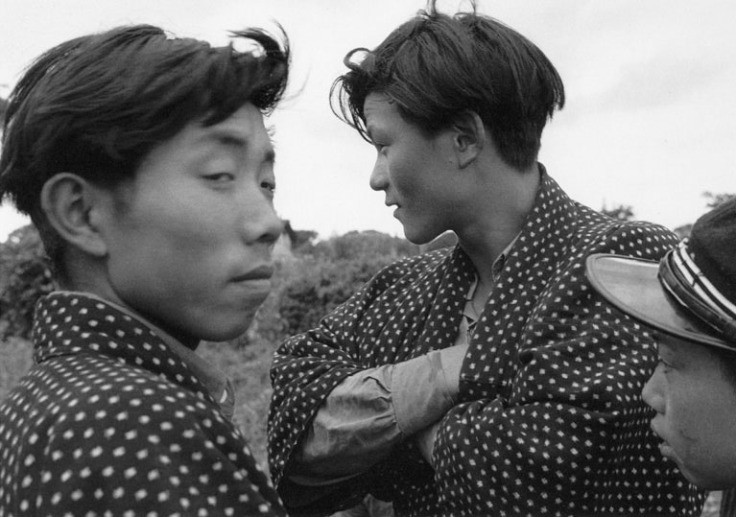 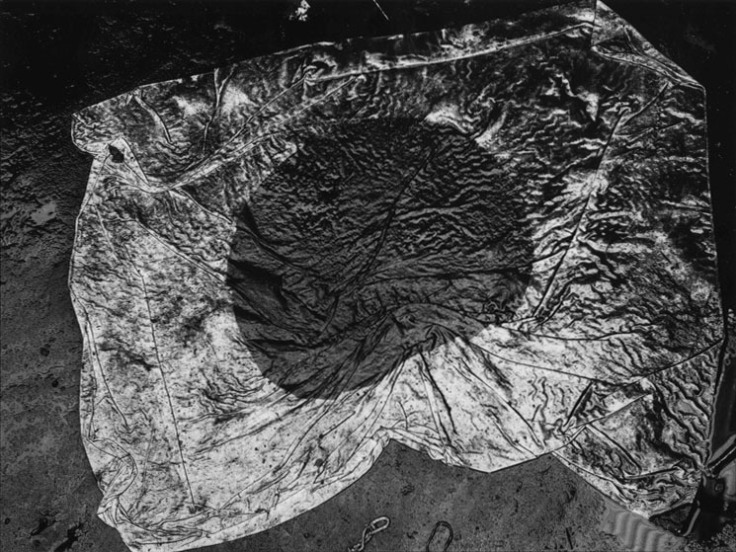 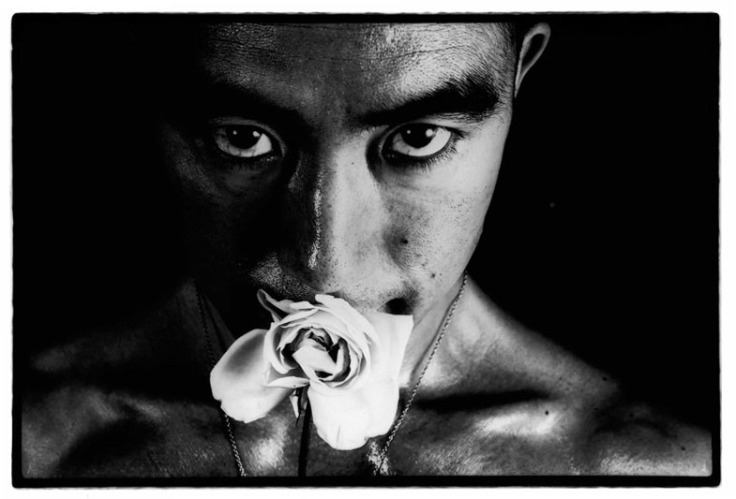