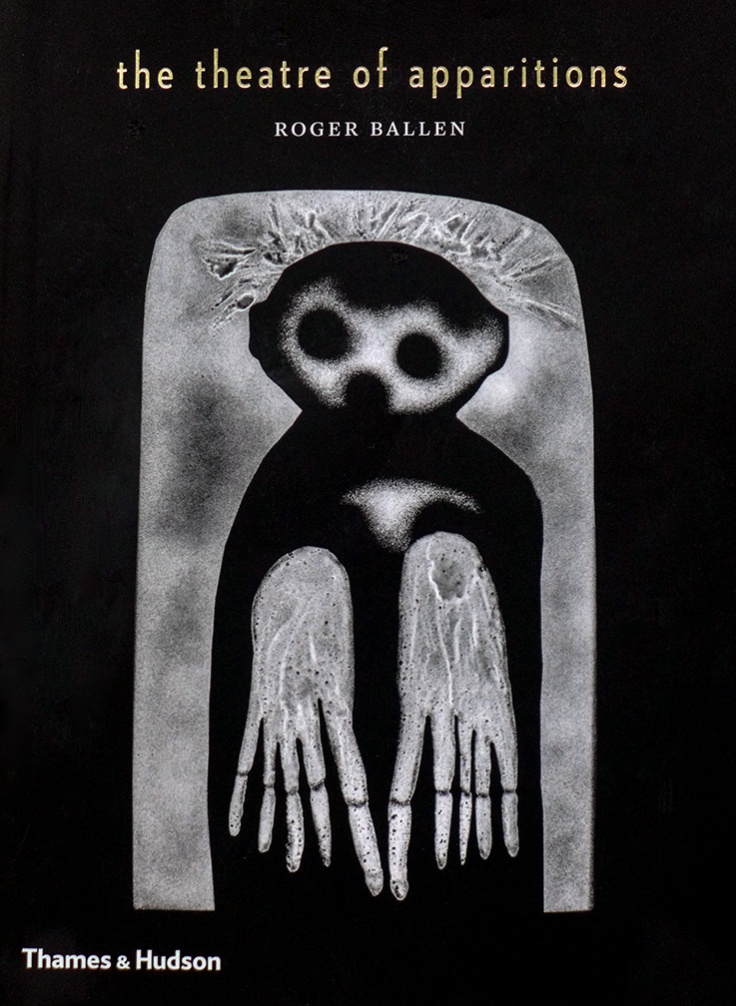 On April 22, 2017, in his keynote address at the annual Photo Independent Exposition (celebrating the Los Angeles Festival of Photography), Roger Ballen said that “everything happens in and with the mind.” Further, in response to a question from the audience regarding the possibility of a photographer exploiting his or her subjects, he further expanded on this theme, expressing his view that we all exploit or make use of others, since we are all programmed to live, and thus as a matter of survival must consume other living matter, be they plants or animals. Leave it to a professional geologist to brazenly uncover that which is hidden, to unearth the earthly as well as the unearthly, the more ethereal forces behind our externalized everyday scenes! The subconscious and the unconscious are powerful forces in the Ballenesque perception of life, guiding our thoughts, emotions, and actions, and he brings them into our visual and emotional awareness.

I consider Ballen the visual Shakespeare of our time, with good measures of Freud and Jung tossed in, especially Jung! He knows the many parts we play externally in the drama of life, but also most especially the archetypal parts within each of us that are struggling and trying to assert themselves, as some of them may wish to be externalized; they hover, cower, act out the most secret of emotions, desires, fears, and drives, and translate them into potential actions in our everyday existence. The shadows know it all… In collaboration with Marguerite Rossouw, Ballen paints and draws these spirits on windows and other panes, then photographs the results, one-of-a-kind and ethereal as works of art, and short-lived except through the photographs and this book, a source of self-discovery and astonishment for those who dare. Inspired originally by such drawings in an abandoned institution, Ballen has moved toward incorporating drawing and painting into his art over the past several years, in this instance to create primeval and primitive effects.

This volume is all black and white, with black backgrounds on all the pages, as shown below, and with only white and simulated shades of gray used for the drawings and paintings. On 192 pages, 90 photographs are reproduced, comprising seven sections, labeled “acts,” true to the title promising theatrical apparitions: persona – burlesque – eros – transmuted – melancholy – fragmentation – ethereal. There is usually only one image per double-page spread, either on the left or on the right, with a short title and the year of creation opposite each image. I am showing a representative image from each section below, in sequence. The image titles are kept short on purpose, since Ballen is of the school of thought that many words are only needed for bad images. Occasionally there is a playful use of language, e.g. “Hold Up” (page 87), third image below. The sum total is a contribution that invites the viewer to engage in introspection against an ancient and transient stage full of surprises, a mirror of our collective internal world, to be examined with some measure of daring and acumen.

The PhotoBook previously featured two reviews by Douglas Stockdale of Roger Ballen’s Boarding House and Asylum of the Birds. 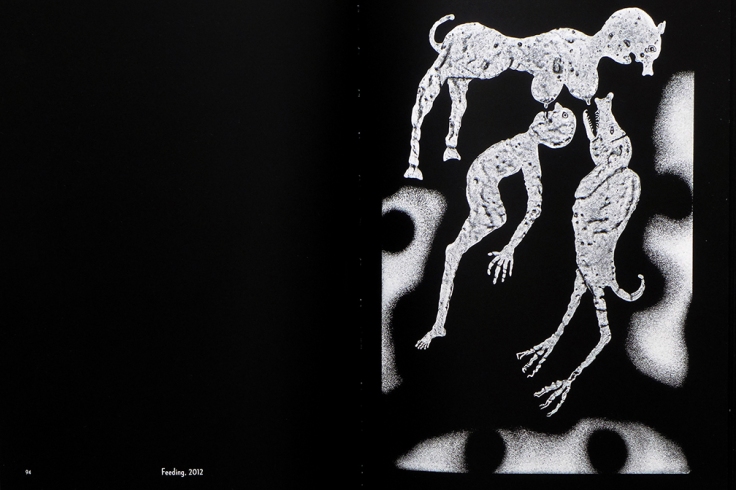 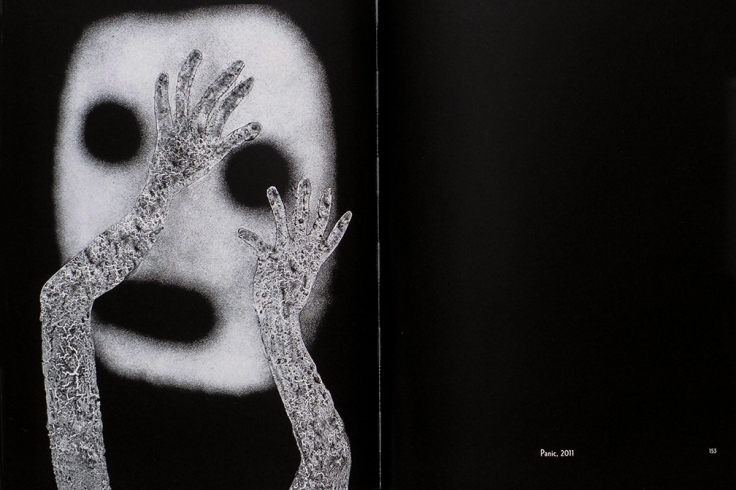 13 thoughts on “Roger Ballen – The Theatre of Apparitions”